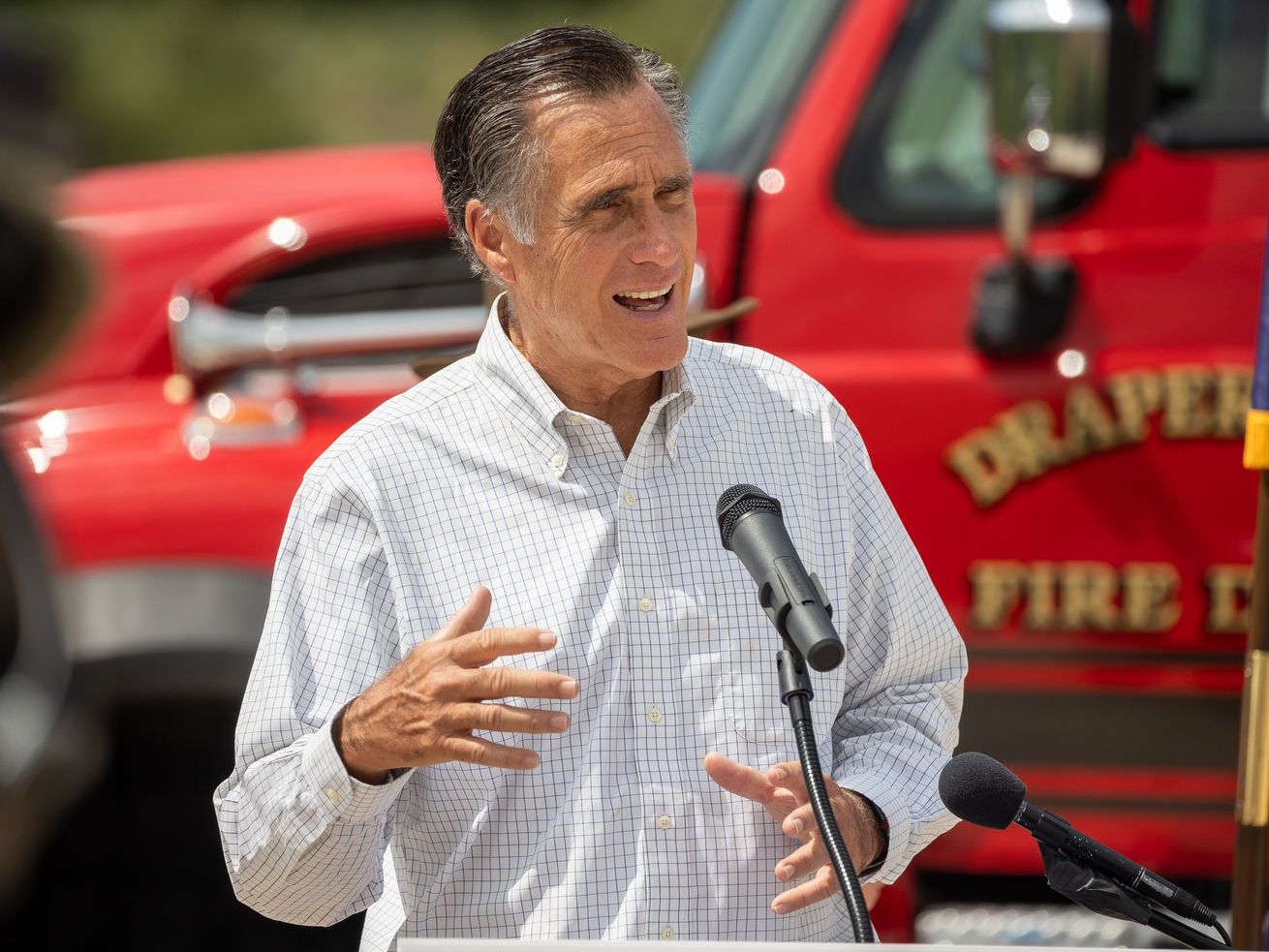 Sen. Mitt Romney, R-Utah, speaks at a press conference at the Little Valley Trailhead in Draper on Friday, June 18, 2021. Failure to take steps to prevent global warming because of politics will be seen as an “extraordinary lapse” in America’s judgment decades from now, Romney said Wednesday. | Spenser Heaps, Deseret News

Failure to take steps to prevent global warming because of politics will be seen as an “extraordinary lapse” in America’s judgment decades from now, Utah Sen. Mitt Romney said Wednesday.

Romney, a Republican, said at a Senate hearing that it’s time for the country to come together and to find solutions that will actually help protect the planet for future generations.

When people look back on the current generation 50 years from now, they will be most critical of “our failure to act to prevent the warming of the planet and the climate change associated with that warming, and that the political winds that prevented us from acting will be seen as an extraordinary lapse in America’s judgment,” he said.

Romney, the ranking member of the Subcommittee on East Asia, the Pacific and International Cybersecurity Policy, made the statements at a hearing on combating climate change in East Asia and the Pacific.

While he has called the Green New Deal “silliness,” Romney is one of a few Republicans who he said believes in climate change and global warming, and that human activity is a significant contributor.

Addressing climate change and tamping carbon emissions shouldn’t be, and isn’t, a goal merely for Democrats across the country, but an effort that will require U.S. ingenuity, commonsense solutions and a unified front, Curtis said last month.

The first-term senator said that the only effective way to deal with climate change is through advances in technology because it is effective in reducing emissions and less expensive than some of the carbon-based alternatives.

“I know that sometimes we’re tempted to politically get behind initiatives that sound good. Doing things here, that people here feel like, ‘boy, we’re doing green things here isn’t that wonderful?’ But the reality is that those things won’t make a hill of beans worth of difference to reducing global emissions,” Romney said.

“They’ll cost us a lot of money, sometimes cost us jobs, maybe not, maybe they’ll actually create jobs in some cases, but they won’t actually reduce emissions.”

Climate change, he said, is not just an Asian issue but significant in the United States and around the world.

“I’m fully concurrent with the view that America is responsible for a huge slug of the CO2 that’s in the atmosphere, beginning in the 19th century. This, of course, was at a time we didn’t know we were doing anything wrong,” he said. …read more