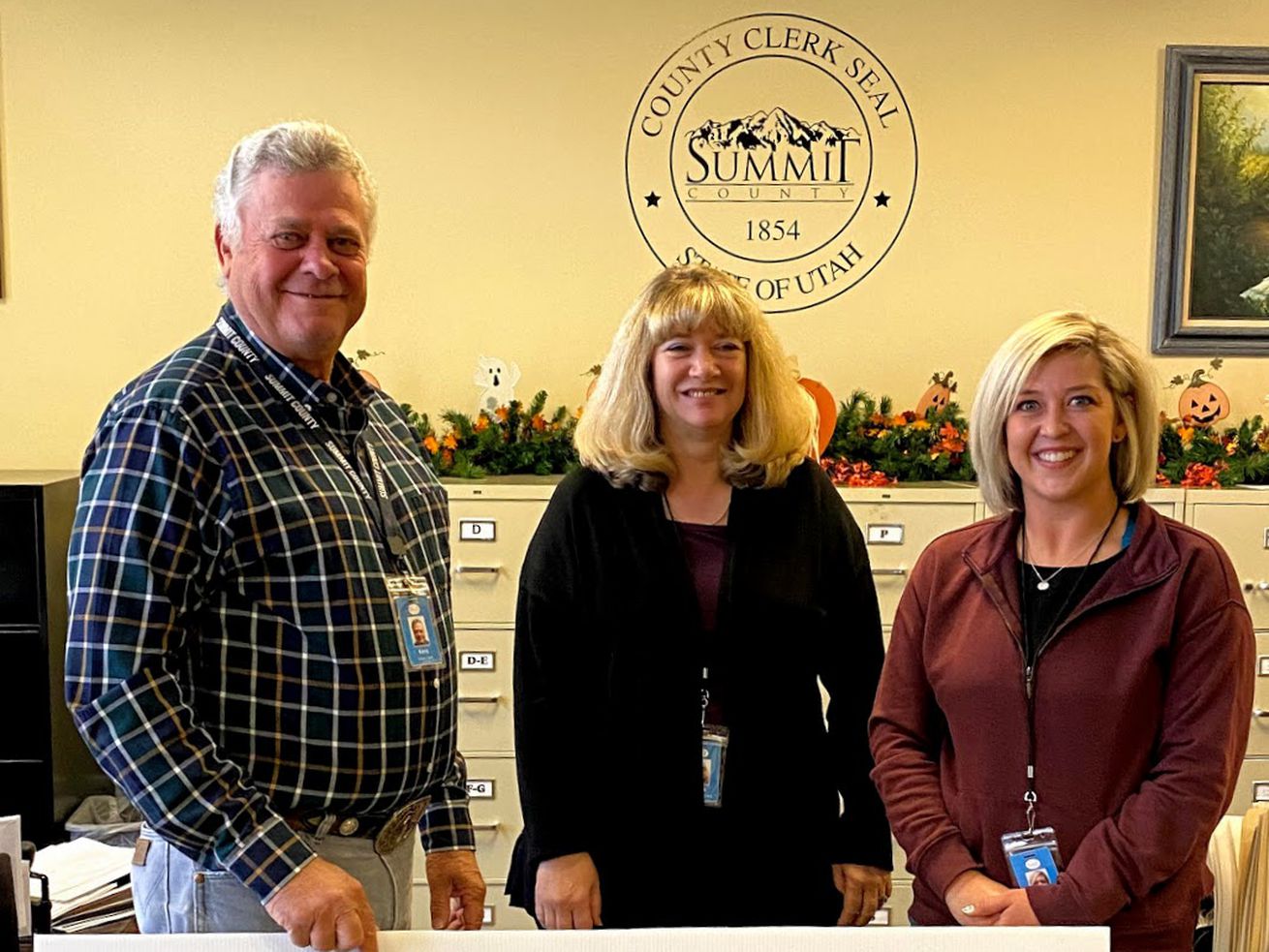 COALVILLE — There are those saying that voting by mail is going to be the ruin of us; that the system is too easily manipulated; that it’s the beginning of the end of democracy, or Donald Trump, take your pick.

But Kent Jones is not one of them.

“When you hear all the noise — ‘Oh there’s going to be fraud’; ‘They won’t know where the ballots are’; ‘It’s going to be a disaster!’ — it puts a lot of fear out there,” says Jones. “But I dare bet that you could go anywhere in the country and ask the people that administer elections and they’re going to tell you the same thing I’m going to tell you:

“We do know where the ballots are. We do know how to do it. The system is sound. There’s nothing to fear.”

Jones, as you might have guessed, is an election judge. As the duly elected county clerk in Summit County, he’s also in charge of marriage licenses, passports and a hundred other things.

“But elections is the biggest headache,” he says good-naturedly, “and the day after is the most satisfying.”

Jones can see why people around the country might have their concerns about voting by mail, especially in the many states, prodded by the pandemic, where by-mail voting is being implemented this year for the first time.

Four years ago, when Utah was one of a handful of states that switched to statewide by-mail voting for the 2016 presidential election, he had questions of his own.

“The system we had previous was a good one,” he recalls. “The touch screens were effective, and we had paper backup. So I was a little hesitant about the change.”

But he was quickly converted. The advantages proved to be many.

For one thing, the new system required no real learning curve. People already knew how to use the mail. For another, filling out their ballot on their kitchen table instead of in a voting booth gave them the luxury of time — “time to study the candidates, or maybe constitutional issues, those kinds of things,” says Jones.

For yet another, no one voting by mail had to stand in line — and the workload of counting the votes in the clerk’s office was spread out over a longer period of time as voters had a three-week window to return their ballots. Gone was the debilitating deadline crunch on Election Day.

And the crowning touch? Participation skyrocketed. Whereas previous presidential elections had seen about a 66 percent turnout, in 2016 that jumped to 88 percent.

Glitches were minimal. If someone called and said they didn’t get a ballot, the first ballot was voided …read more