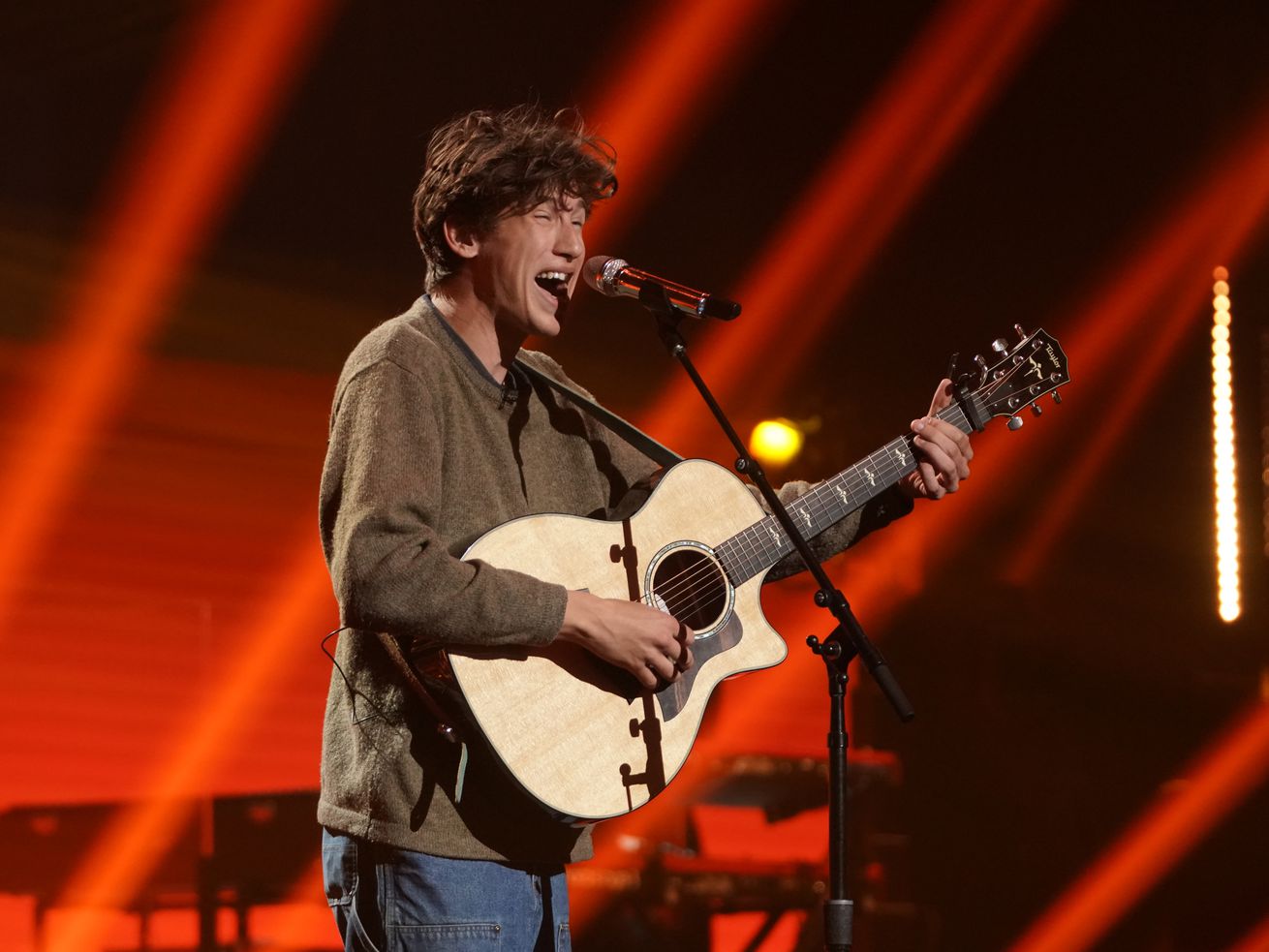 Wyatt Pike, a 20-year-old singer from Park City, Utah, will perform with Ben Rector in the top 24 of “American Idol” Sunday night. | ABC

Wyatt Pike, a 20-year-old singer from Park City, will perform with Ben Rector on Sunday night’s episode of ‘American Idol’

The “American Idol” competition is now officially down to the top 24.

On Sunday night, a new round of the competition begins, featuring the contestants performing duets with a wide range of celebrity guests. Those who survive the round will move on to the live shows.

Here’s a rundown of what to expect.

Who is on Sunday night’s episode of ‘American Idol’?

An “American Idol” representative told the Deseret News that Wyatt Pike, a singer from Park City, Utah, will perform during Sunday night’s episode that airs on ABC at 7 p.m. MT (the other Utah singer in the top 24, Liahona Olayan, will perform during Monday night’s episode).
Photos on ABC.com indicate that Pike’s celebrity duet will be with singer-songwriter Ben Rector.

ABC
Wyatt Pike, a singer from Park City, Utah, performs a duet with Ben Rector on “American Idol.” The episode will air on ABC Sunday night at 7 p.m. MT.

According to photos on ABC.com, “Idol” fans can also expect the following matchups Sunday night:

How to vote on ‘American Idol’

Sunday night’s episode also marks the first time in the season that fans can vote for their favorite contestants.
There are three ways to vote on “American Idol.”
The first is to vote online at idolvote.abc.com (fans must create an account to vote).
“Idol” fans can also vote via “American Idol” apps, which can be downloaded through the App Store or Google Play Store.
The final way to vote is via text. During each “Idol” episode, a contestant will have a specific number that can be texted to “21523.”
The overnight voting window opens on April 4 at the start of the East Coast broadcast (6 p.m. MT) and ends at 4 a.m. MT on April 5, according to ABC.com. The same time frame applies to the second “Idol” episode that will air Monday night.

When will the ‘American Idol’ results be revealed?
The voting will eliminate four singers from each episode, and the top 16 will be revealed during the “Idol” episode on April 11, a show representative told the Deseret News.