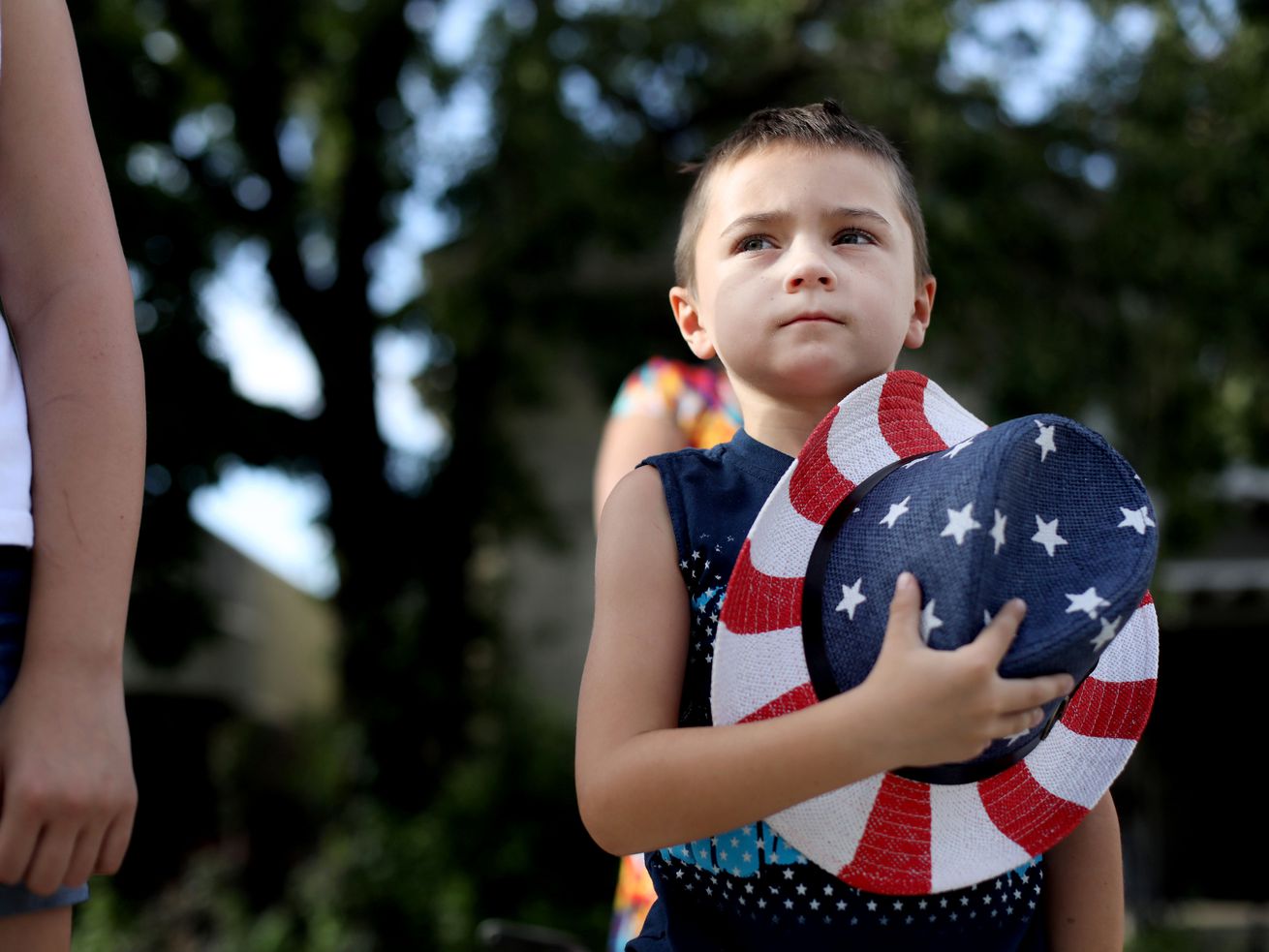 Tayson Dale, 6, of Orem, stands as the Mormon Battalion color guard passes by during the Days of ’47 Parade in Salt Lake City on Wednesday, July 24, 2019. Are people in Utah Utahns? Or are they Utahans? | Laura Seitz, Deseret News

People who live in New York are New Yorkers. Residents of New Hampshire are New Hampshirites. Those in Georgia are Georgians.

Y2 Analytics recently posed this question in a statewide survey of Utah voters: “Which of the following do you think is the correct way to spell the word that refers to someone who lives in Utah?”

Only two options were given, and Utahn was chosen 90% of the time.

“Every large group has some contrarians, so any public opinion item with 90% agreement is rare,” said Quin Monson, a partner with the Salt Lake City-based market research and data analytics group. “That’s probably higher than the proportion of Utahns who consider themselves fans of the Utah Jazz or that listen to the Tabernacle Choir at Temple Square.”

Even a state holiday received a smaller proportion of agreement. The survey conducted June 24 to July 7 found “only” 84% approve of Pioneer Day (July 24) being an official Utah state holiday.

The poll also found that a large percentage of Utahns believe that “Utahn” is the only acceptable demonym, the word used to refer to people in a particular country, state or city.

Golden eagles are dying. This unlikely partnership is trying to help

“The locals clearly prefer one spelling over the other,” Monson said.

The survey looked at other factors such as politics and religion to see what might predict the preference for Utahns over Utahans.

“These are groups that normally see the world differently,” Monson said. “They not only cannot agree on who to vote for in an election, but many cannot even agree on who won the 2020 presidential election or if election fraud occurred during that election.”

As for religion, given the long-term religious and cultural divide in Utah, some might expect some difference on the preferred demonym. But that is not the case.

“Whether you are a Latter-day Saint, some other religion, or no religion at all, you prefer to call yourself a Utahn,” Monson said.

So Utahn it is.

But not everyone thinks so, including some major news outlets.

Y2 Analytics used the Lexis/Nexis database of news stories from 2000 to 2020 to search for both Utahn and Utahan and compute the percentage of the time news media used the correct spelling.

Every local news source, including the Deseret News and …read more

Chill Out With the Coolest Cabana Shirts for Summer

Marvel Studios & Disney+ | SUPER BOWL 2021 | Promo
What is 1 benefit of drought in the West? You can catch more fish in Utah
SHARES
ShareTweet