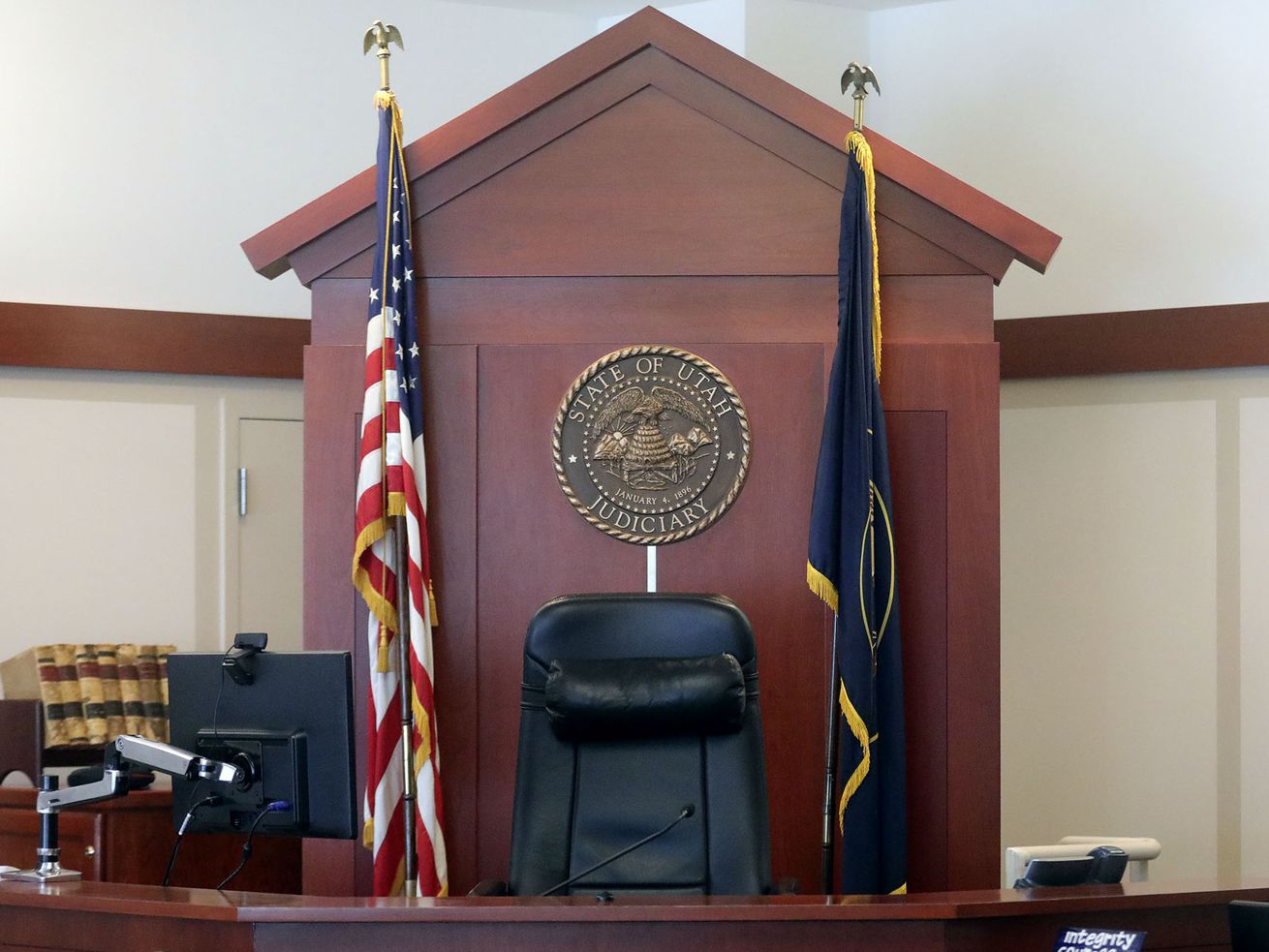 CEDAR CITY — A babysitter in Iron County who police say took the 5-month-old old boy she was watching to Colorado without permission, sparking an Amber Alert, now faces a criminal charge.

An arrest warrant has been issued for Emily Marissa Luciano, 31, whose whereabouts Wednesday were unknown. She was charged in 5th District Court Wednesday with child kidnapping, a first-degree felony.

On Nov. 6, an Amber Alert was issued after Emilee Winston reported that Luciano had taken her 4-month-old son, Peyton Everett Caraballo-Winston, according to charging documents.

Luciano and the child were eventually found at the Denver International Airport where FBI agents took Luciano into custody.

Winston and Luciano had originally met through a Facebook babysitting group and Winston hired Luciano to watch her children five or six days a week, the charges state. Sometimes she would allow her children to spend the night at Luciano’s home.

But while Luciano was allegedly babysitting the children, at one point she was allegedly paying “at least two other women to babysit one of Winston’s children,” unbeknownst to Winston, according to the charges.

On Nov. 5, Luciano told Winston she planned to take her children to a birthday party in Beaver, the charges state. Winston allowed the children to spend the night with Luciano.

But on the morning of Nov. 6, Luciano dropped two of Winston’s children off with a friend and then boarded a plane with Peyton, the charges state.

After several hours of Luciano making excuses to Winston about where she and Peyton were, law enforcement officials were contacted and traced Luciano’s phone, which showed her in Colorado Springs, according to charging documents.

After the Amber Alert was issued, federal agents tracked Luciano to the Denver International Airport, arrested her and recovered Peyton who was not harmed.

“Although it is unclear at this time exactly who Luciano planned to meet in Colorado, or what she planned to do, it is believed that she had fraudulent intentions with (Peyton),” court documents allege.

After her arrest, police learned that Luciano has been in contact with an adoption agency pretending to be a 17-year-old pregnant girl looking to place her child for adoption, the charges state. The adoption agency became suspicious of Luciano and “researched Luciano’s phone number and email address and found them associated with a fraudulent pet rescue program that had operated for years,” according to charging documents.

The state charges were filed after the U.S. Attorney’s Office declined to file federal charges in the case.

A no-bail arrest warrant was issued Wednesday due to Luciano having family ties in the Phillippines and is believed to be a flight risk, according to court documents.