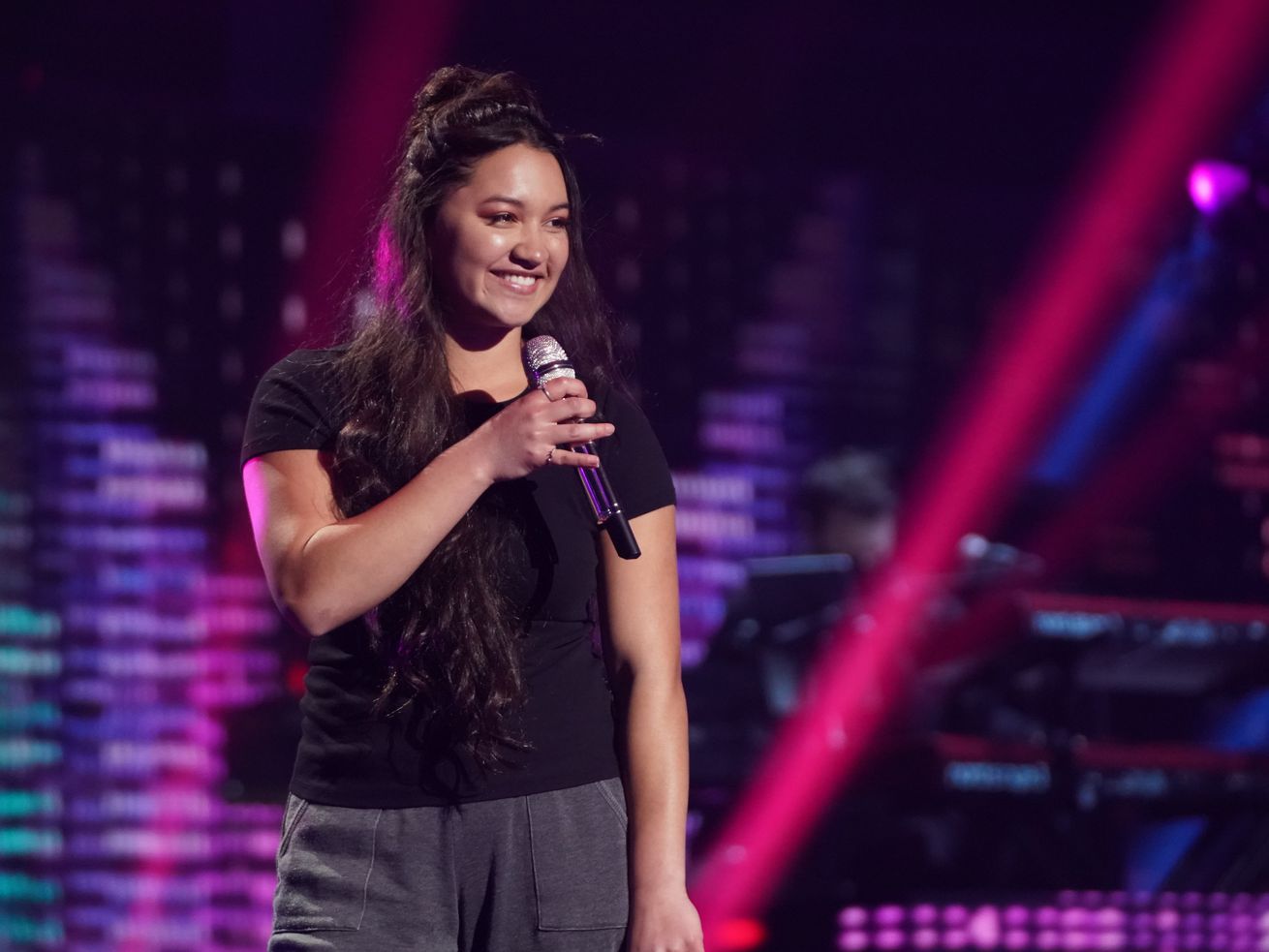 Liahona Olayan, a singer who lives in Vineyard, Utah, performed during the “American Idol” top 24 round on Monday night. | ABC

The final round of the ‘American Idol’ top 24 aired Monday night, and Utah singer Liahona Olayan is doing everything she can to make it to the top 16

The final round of the “American Idol” top 24 aired Monday night, and Utah singer Liahona Olayan is doing everything she can to make it to the top 16.

What did Liahona Olayan perform for the ‘American Idol’ top 24?

Throughout the “American Idol” top 24 round, “Idol” contestants performed a solo and then sang a duet with a celebrity guest artist.
Olayan, a 17-year-old singer who lives in Vineyard, performed Audrey Mika’s “Just Friends” and then did a duet with R&B singer PJ Morton.
The pair performed Morton’s “Say So” — a song Olayan said was a little out of her comfort zone because it was slower and more emotional.
“Sometimes it’s hard for me to open up,” she said in a clip that aired before the performance. “I do not want to go home now. I want to stay here for as long as I can, and I want to show the judges that I’m not just a pop artist. I can be emotional, I can do a duet. And I’m in this competition to win it.”

Did the ‘American Idol’ judges like Liahona Olayan and PJ Morton’s duet?

When Olayan last performed a duet on “American Idol,” the teenager was emotional because of her brother’s recent elimination. She ended up getting scolded by “Idol” judge Katy Perry for not appearing to be invested in the performance, the Deseret News reported.

Not all Utahns are recovering equally from COVID-19

This time around, all of the “Idol” judges praised Olayan’s duet with Morton.

“You are just so talented,” Luke Bryan said. “Every time I hear your voice, I’m like, ‘radio ready! Put it on the radio.’”

Perry added that at 17, Olayan already has the whole package to make it in the music industry — including being a talented singer, writing her own songs and choreographing her own performances.

I just think that you are on your way to something huge — huge,” Lionel Richie said.

After the performance, Olayan expressed her gratitude on social media.

“I can’t believe I just performed! Had the best time!! Literally just sang with THE @pjmorton and what a blessing to sing with such a talented musician!” the singer wrote on Twitter. “Thank you all so much for the love and support.”
ABC
Liahona Olayan stands next to “American Idol” host Ryan Seacrest as she receives feedback from the “American Idol” judges after her performances during the top 24 round. Will Liahona Olayan make it to the ‘American Idol’ top 16?

Voting for Monday night’s episode of “American Idol” has closed.

Four singers from both Sunday and Monday night’s episodes will be eliminated, and “Idol” will reveal the top 16 during the episode …read more