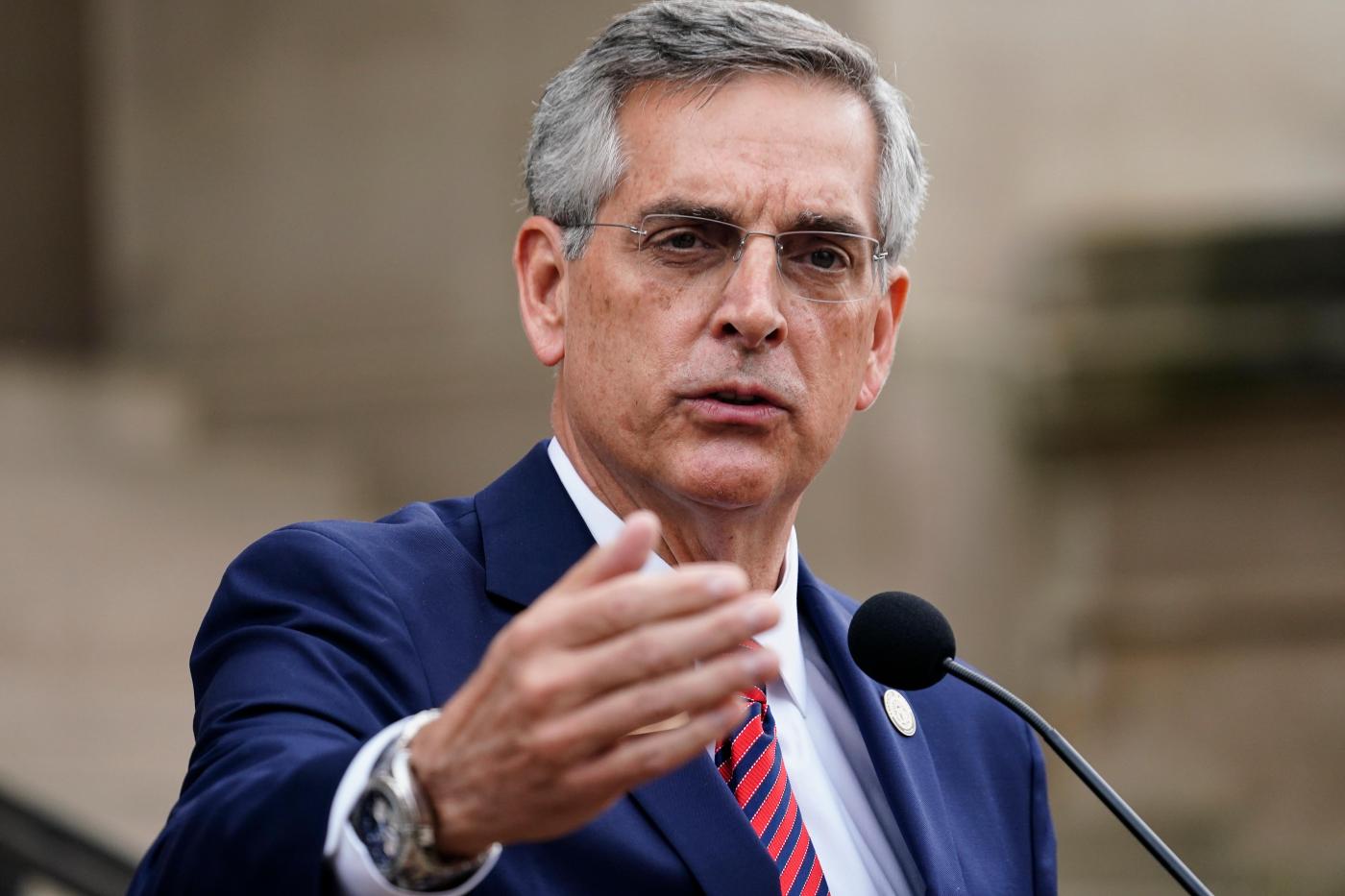 ATLANTA — President Donald Trump has wrongly claimed that Georgia election officials are unable to verify signatures on absentee ballot envelopes because of a legal settlement known as a consent decree.

Here’s a look at Trump’s claims, in a tweet on Saturday:

TRUMP: “The Consent Decree signed by the Georgia Secretary of State, with the approval of Governor @BrianKempGA, at the urging of @staceyabrams, makes it impossible to check & match signatures on ballots and envelopes, etc. They knew they were going to cheat. Must expose real signatures!”

THE FACTS: There is nothing in the consent decree that prevents Georgia election clerks from scrutinizing signatures. The legal settlement signed in March addresses accusations about a lack of statewide standards for judging signatures on absentee ballot envelopes.

Georgia Secretary of State Brad Raffensperger, a Republican, said that not only is it entirely possible to match signatures, but that the state requires it.

When a voter requests an absentee ballot on a paper application, he or she must sign it. Election officials compare that signature to the signature in voter registration files before a ballot is sent to the voter, Raffensperger said.

When those ballots are returned, the required signature on the outer envelope is compared to signatures in the voter registration system.

This process was spelled out in detail in the consent decree, a legal settlement that was signed March 6.

A lawsuit by the Democratic Party, which led to the agreement, argued that minorities were disproportionately affected when they had their ballots rejected. Among other things, the settlement sets steps for local election officials to notify a voter — by phone, mail or email — in a timely fashion about problems with a signature.

The changes were made by the state election board.

Thousands rally behind Trump at “Million MAGA March,” believing he won the election he lost

Following state law, Georgia is pursuing a hand tally of votes in the presidential race. Democrat Joe Biden leads Trump by about 14,000 votes in the state. There are no examples of similar recounts that have overturned leads of that magnitude.

The signature issue resurfaced after lawyer L. Lin Wood Jr. filed a federal lawsuit Friday questioning whether the secretary of state had the authority to require the process of signature verification outlined in the agreement.

Wood is known for representing several high-profile clients including security guard Richard Jewell, who was identified as a suspect of the 1996 Centennial Olympic Park …read more