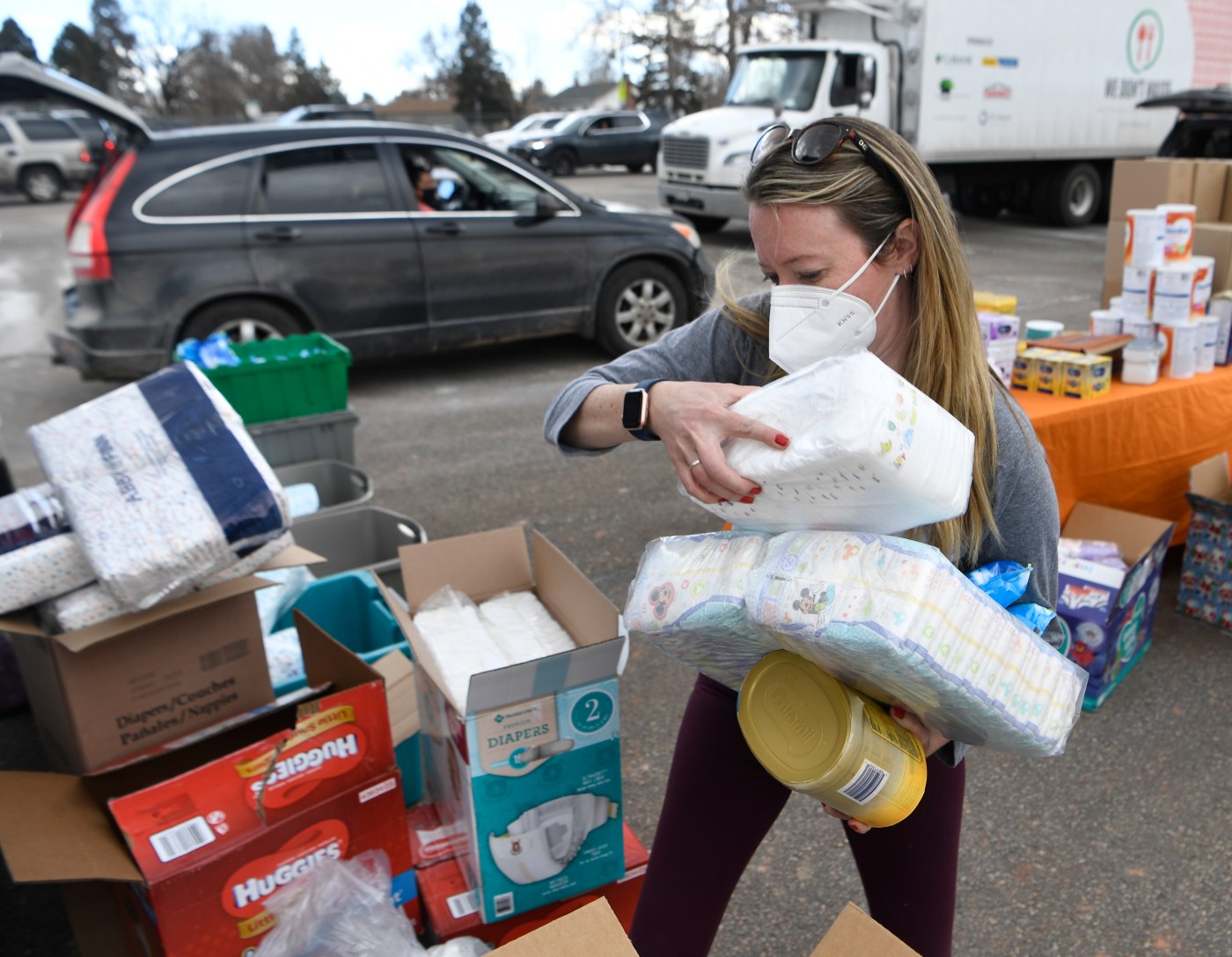 Every day, desperate pleas for help in getting baby diapers arrive in WeeCycle’s email, social media and voicemails.

The Denver-area nonprofit has quadrupled the number of diapers it gives out to low-income families as the COVID-19 pandemic and restrictions destroyed jobs and left many without the money needed to buy the 200-300 diapers a baby needs each month.

But WeeCycle’s Lindsey Zaback, the director of programs, outreach and community engagement, knows “we still are scraping the surface on the need.”

That’s why four Colorado lawmakers have introduced a bill that could increase the number of free diapers across the state by up to 550%. The goal is to find $4 million from the state’s general fund to distribute over two years to nonprofits and other providers who could help with a statewide distribution system to buy diapers, wipes and creams. They also want to make sure the rural areas aren’t left out.

The money could expand the number of free diapers given out in Colorado annually from about 2 million a year to 13 million, proponents of the bill said.

Colorado Sen. Brittany Pettersen, a Lakewood Democrat, started looking for solutions to diaper need after reading a Post story about the increased need during the pandemic. She started reaching out to people involved in diaper banks and pantries, as well as fellow lawmakers, for solutions. The four main sponsors of the bill — Pettersen, Sen. Jessie Danielson, Rep. Serena Gonzales-Gutierrez and Rep. Kerry Tipper — are all mothers to young children.

Trump made $1.6 billion while president, according to financial disclosures, but left office less wealthy than before

“When you have moms who are elected, this is going to be an area where we’re going to fight,” Pettersen said.

It costs at least $80 a month to buy diapers for a child, according to the National Diaper Bank — and that increases if a family cannot afford to buy in bulk and instead has to buy small packets of diapers from a gas station or convenience store. Without diapers, a family often can’t send children to daycare; without child care, parents can’t work. Without work, there is no money for diapers.

Before the pandemic, a third of U.S. families reported needing help with diapering essentials, National Diaper Bank data shows. In Colorado, approximately 67,536 of its 202,608 children under the age of 3 were affected by a lack of diapers. That’s enough children to fill Denver’s Ball Arena to capacity nearly four times — and the need has only worsened during the pandemic, service providers said.

The bill is the second time in recent years the legislature has addressed diaper needs. In 2017, Rep. Faith Winter and Sen. Beth Martinez Humenik introduced a bill that would’ve exempted diapers from the state sales tax. An analysis by legislative staff estimated the change would reduce the state’s tax revenue by about $3.4 million a year, and the bill died in the House Appropriations Committee.

Pettersen said this year’s proposal is meant to address dire need during COVID-19 and its aftermath, though permanent solutions …read more