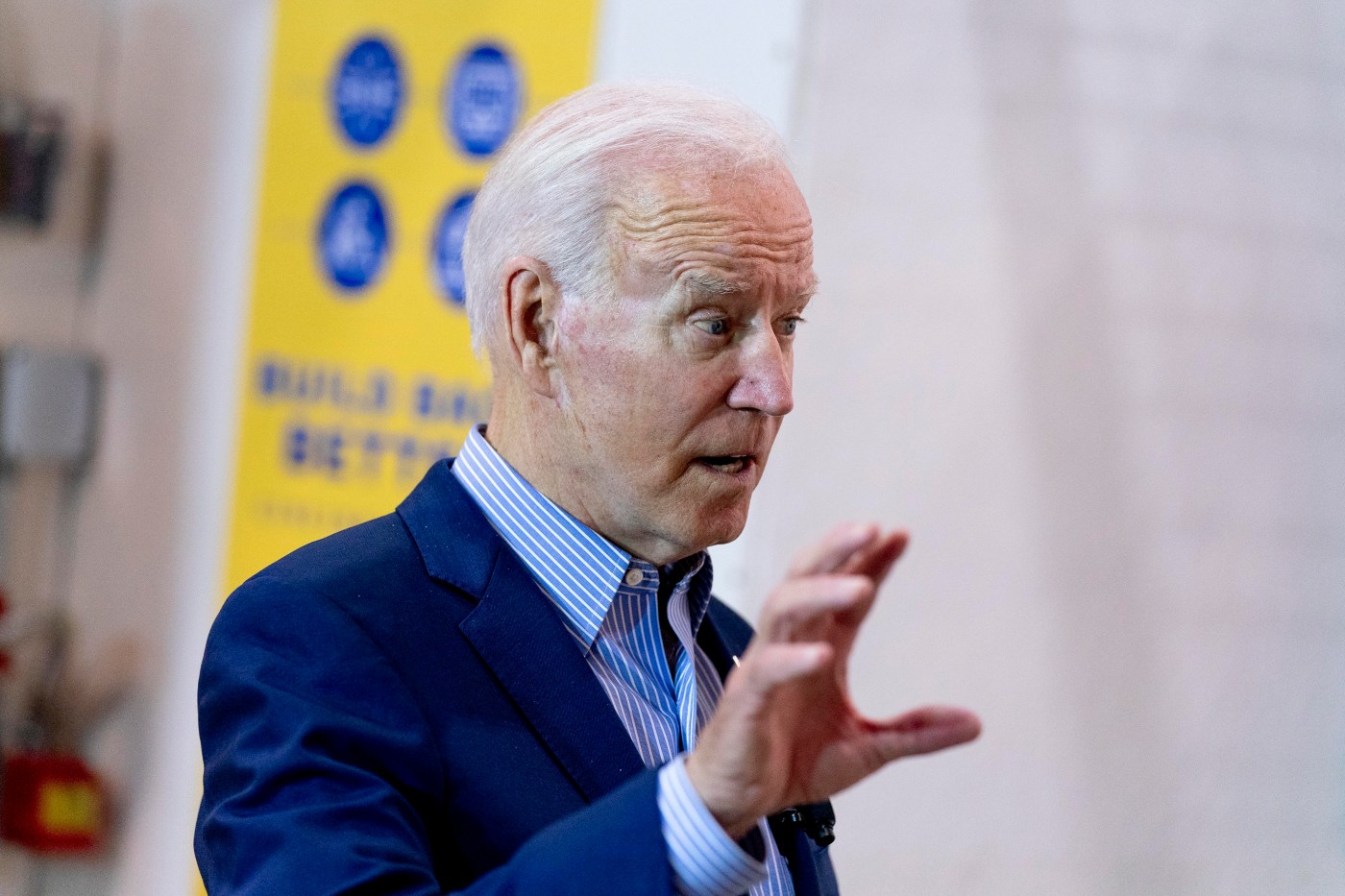 CINCINNATI, Ohio — President Joe Biden expressed pointed frustration Wednesday over the slowing COVID-19 vaccination rate in the U.S. and pleaded that it’s “gigantically important” for Americans to step up and get inoculated for the virus as it surges once again.

Biden, speaking at a televised town hall in Cincinnati, said the public health crisis has turned largely into a plight of the unvaccinated as the spread of the delta variant has led to a surge in infections around the country.

“We have a pandemic for those who haven’t gotten the vaccination — it’s that basic, that simple,” he said on the CNN town hall.

The president also expressed optimism that children under 12 will be approved for vaccination in the coming months. But he displayed exasperation that so many eligible Americans are still reluctant to get a shot.

U.S. hospitalizations and deaths are nearly all among the unvaccinated. But COVID-19 cases nearly tripled in the U.S. over two weeks amid an onslaught of vaccine misinformation that is straining hospitals, exhausting doctors and pushing clergy into the fray.

Across the U.S., the seven-day rolling average for daily new cases rose over the past two weeks to more than 37,000 on Tuesday, up from less than 13,700 on July 6, according to data from Johns Hopkins University. Health officials blame the delta variant and slowing vaccination rates. Just 56.2% of Americans have gotten at least one dose of the vaccine, according to the Centers for Disease Control and Prevention.

The president noted that the rise has become so concerning that even his critics are pushing back against vaccine disinformation.

Biden made an indirect reference to high-profile conservative personalities at Fox News who have “had an altar call” and are now more openly speaking to their skeptical guests about the benefits of getting vaccinated. Sean Hannity recently told viewers, ”I believe in the science of vaccination” and urged them to take the disease seriously. Steve Doocy, who cohosts “Fox & Friends,” this week told viewers the vaccination “will save your life.”

Biden, who traveled to Ohio as he’s trying to rev up support for his economic agenda, visited a union training center ahead of the town hall.

The trip comes as the fate of his infrastructure proposal remains unclear after Senate Republicans rejected a $1 trillion blueprint i n a key test vote Wednesday. A bipartisan group of 22 senators said in a joint statement after the vote that they were close to coming to terms on a deal and requested a delay until Monday.

Biden expressed confidence in the outcome, saying, “It’s a good thing and I think we’re going to get it done.”

While lawmakers wrangle over the details of that proposal on Capitol Hill, Biden made the case that his nearly $4 …read more