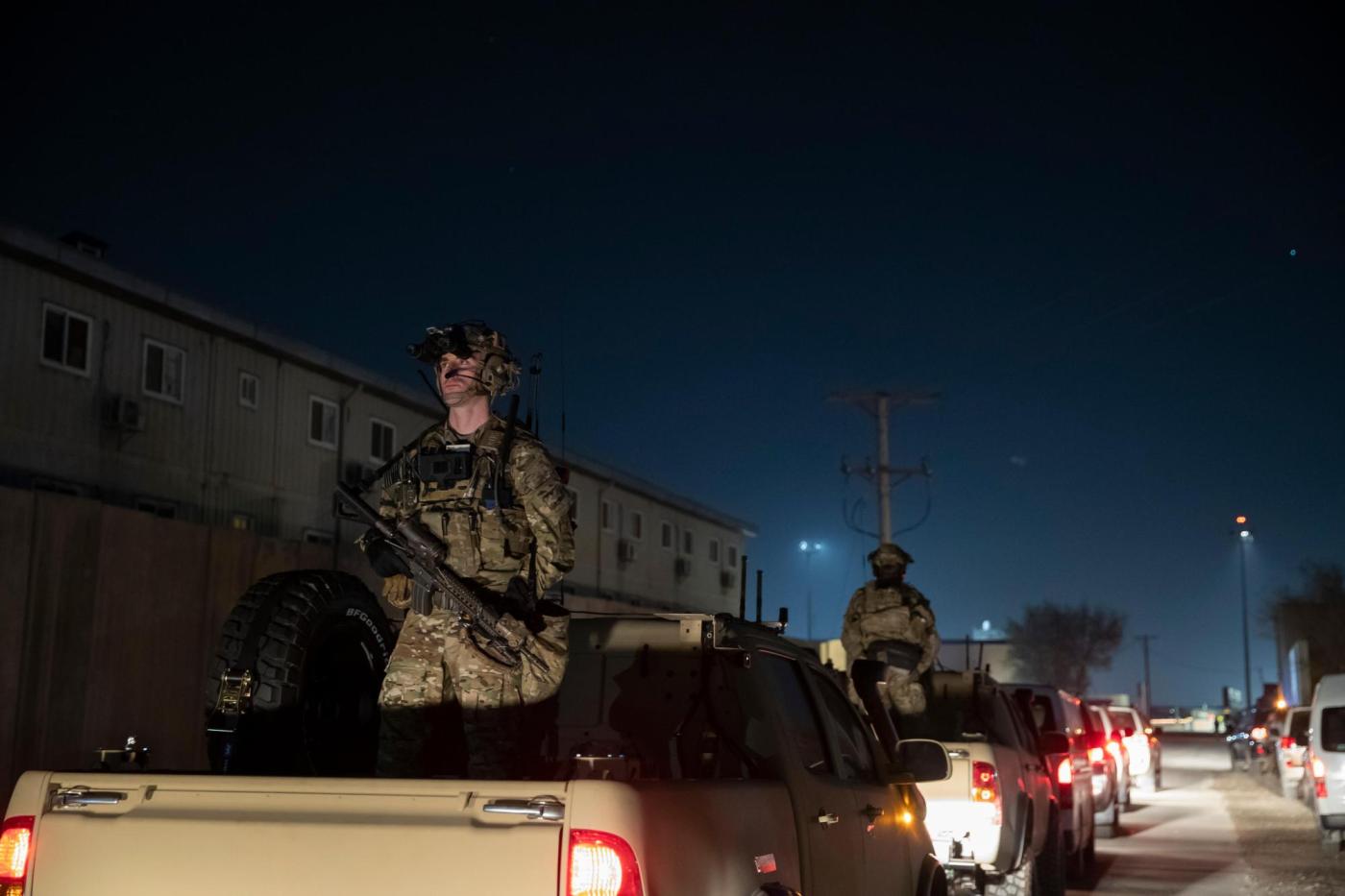 WASHINGTON — Without coming right out and saying it, President Joe Biden seems ready to let lapse a May 1 deadline for completing a withdrawal of U.S. troops from Afghanistan. Orderly withdrawals take time, and Biden is running out of it.

Biden has inched so close to the deadline that his indecision amounts almost to a decision to put off, at least for a number of months, a pullout of the remaining 2,500 troops and continue supporting the Afghan military at the risk of a Taliban backlash. Removing all of the troops and their equipment in the next three weeks — along with coalition partners that cannot get out on their own — would be difficult logistically, as Biden himself suggested in late March.

“It’s going to be hard to meet the May 1 deadline,” he said. “Just in terms of tactical reasons, it’s hard to get those troops out.” Tellingly, he added, “And if we leave, we’re going to do so in a safe and orderly way.”

James Stavidis, a retired Navy admiral who served as NATO’s top commander from 2009 to 2013, says it would be unwise at this point to get out quickly.

“Sometimes not making a decision becomes a decision, which seems the case with the May 1 deadline,” Stavidis said in an email exchange Wednesday. “The most prudent course of action feels like a six-month extension and an attempt to get the Taliban truly meeting their promises — essentially permitting a legitimate ‘conditions based’ withdrawal in the fall.”

There are crosscurrents of pressure on Biden. On the one hand, he has argued for years, including during his time as vice president, when President Barack Obama ordered a huge buildup of U.S. forces, that Afghanistan is better handled as a smaller-scale counterterrorism mission. Countering Russia and China has since emerged as a higher priority.

On the other hand, current and former military officers have argued that leaving now, with the Taliban in a position of relative strength and the Afghan government in a fragile state, would risk losing what has been gained in 20 years of fighting.

“A withdrawal would not only leave America more vulnerable to terrorist threats; it would also have catastrophic effects in Afghanistan and the region that would not be in the interest of any of the key actors, including the Taliban,” a bipartisan experts group known as the Afghan Study Group concluded in a February report. The group, whose co-chair, retired Gen. Joseph Dunford, is a former commander of U.S. forces in Afghanistan and former chairman of the Joint Chiefs, recommended Biden extend the deadline beyond May, preferably with some sort of agreement by the Taliban.

If the troops stay, Afghanistan will become Biden’s war. His decisions, now and in coming months, could determine the legacy of a 2001 U.S. invasion that was designed as a response to al-Qaida’s Sept. 11 attacks, for which the extremist group led by Osama bin Laden used Afghanistan as a haven.