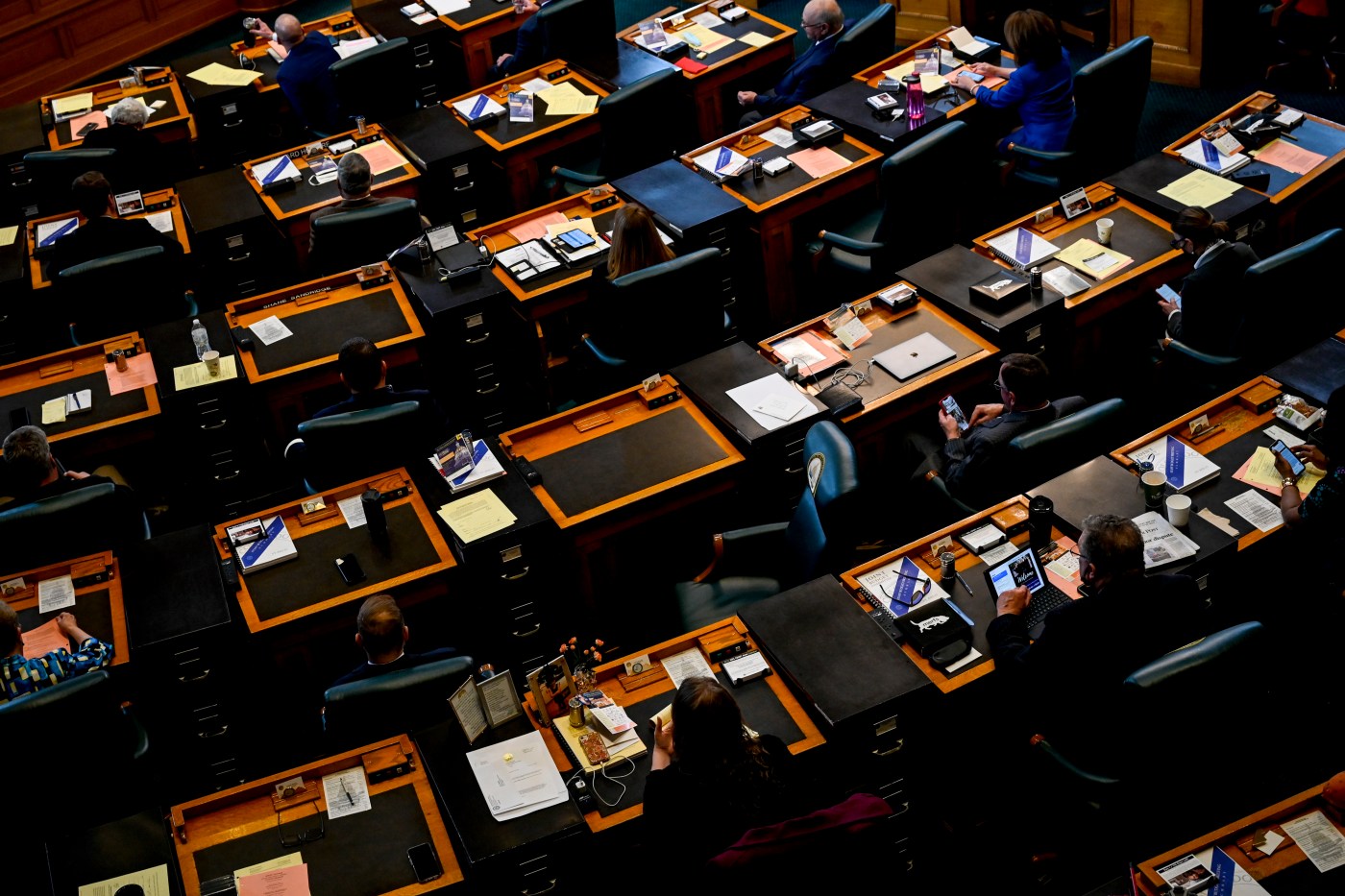 Colorado House Republicans, who largely don’t wear face masks at the Capitol, fought against a resolution Friday that would require masks and social distancing for members of the public in the Capitol amid a high number of omicron cases.

The heated argument that pitted them against Democrats was over House Resolution 22-1003 to allow Speaker Alec Garnett, a Denver Democrat, to create safety regulations during a public health emergency, which ultimately passed on a party-line vote. While staff and the public will be required to don the masks in committee rooms, the galleries and chamber after the rules are set, lawmakers would only be “encouraged” to wear them.

GOP House Minority Leader Hugh McKean says the mask mandate cannot be extended to lawmakers because the state constitution has a provision that prohibits legislators from being prevented from doing their jobs. That means a lawmaker can’t be kicked out of the building for not wearing a mask, for example.  Garnett assured Republican members that he would consult with McKean when deciding on regulations and possible changes.

Republican Rep. Stephanie Luck of Penrose began the discussion by telling House members that those like herself who don’t wear masks aren’t doing so to put others at risk, and that many of her constituents would not be comfortable coming into the Capitol wearing a mask. Although they have the option of remote testimony, that has its challenges, she added.

How’s he doing? Americans weigh in on Biden’s performance.

For Luck, that included an argument that mask-wearing reduces oxygen levels, which has been proven false — multiple studies including one by UH Rainbow Babies & Children’s Hospital published in February showed that wearing a cloth or surgical mask did not impair oxygen intake. Public health experts and scientists have repeatedly pointed to the efficacy of mask wearing to curb the spread of the virus.

Luck has also introduced HB21-1202 bill this year to allow the use off-label drugs to treat COVID-19 such as ivermectin and hydroxychloroquine, both of which the Food and Drug Administration has warned against.

Other Republicans also argued against the measures, saying that their rights shouldn’t be infringed upon.