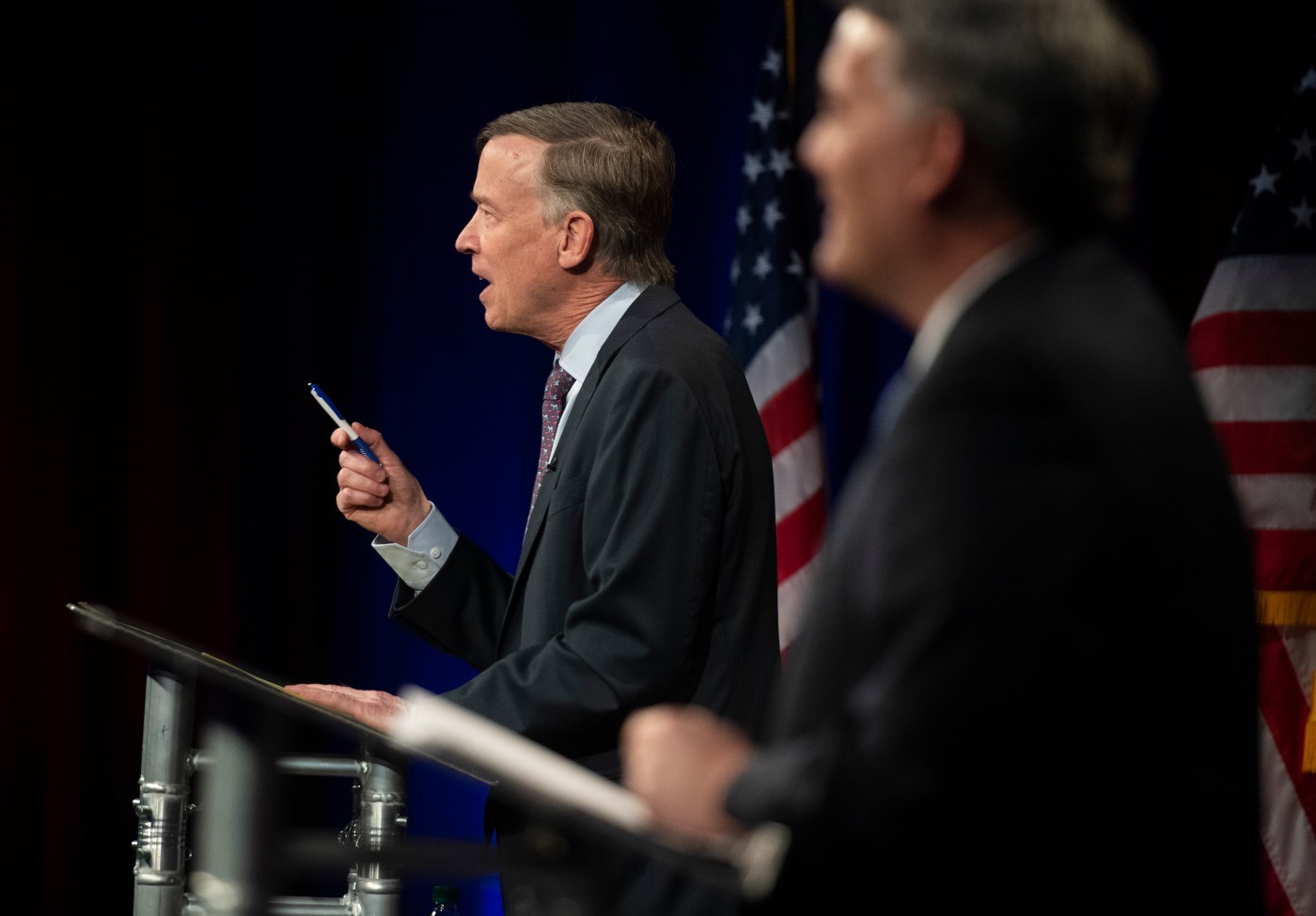 The numbers are most stark in Colorado’s U.S. Senate race, which will help determine which party controls the upper chamber of Congress next year. John Hickenlooper, a Democratic challenger, raised $22.6 million and Republican Sen. Cory Gardner raised $7.8 million between July and September.

Hickenlooper’s record-breaking fundraising haul — the largest by any candidate in Colorado history — mirrors similarly historic fundraising totals for Democrats across the country. The Democrat also outraised the Republican in Colorado’s most competitive U.S. House race, for the 3rd Congressional District.

As he has done since entering the race last August, Hickenlooper pulled in large donations from wealthy donors, as well as a large number of small donors. A top Facebook lobbyist gave $2,800 and Twitter’s CFO donated the same amount, as did a Twitter attorney. Samuel R. Walton, heir to the vast Walmart fortune, also wrote a check for $2,800 — the maximum for individuals.

Hickenlooper, who has sworn off corporate political action committees, received $222,853 from other PACs. Donations of $5,000 came from PACs for at least 10 Democratic U.S. senators, as well as unions representing plasterers, cement masons, teachers, machinists and federal employees. Brady PAC, the gun control group, sent along $5,000, as did Planned Parenthood’s political action committee.

Gardner received $277,345 from PACs between July and September, including $5,000 donations from PACs for Republican Sens. Lisa Murkowski and Josh Hawley, as well as the Republican Jewish Coalition, the anti-abortion Susan B. Anthony List, and the pro-Trump Committee to Defend the President.

Individuals donating to Gardner included Jerry Reinsdorf, billionaire owner of the Chicago White Sox and Chicago Bulls, and several members of the billionaire McKee family, creators of Little Debbie snacks. Gardner also received donations from three executives at JBS USA, a Greeley-based meatpacking company that has been criticized for its labor practices during the coronavirus pandemic.

Colorado’s closest federal race, according to polls, is in the 3rd Congressional District, which includes Grand Junction, the Western Slope, Pueblo and all the mountain towns in between. Democratic candidate Diane Mitsch Bush raised $2.6 million, and Republican candidate Lauren Boebert — a front-runner due to the district’s decade-long Republican lean — raised $1.9 million last quarter.