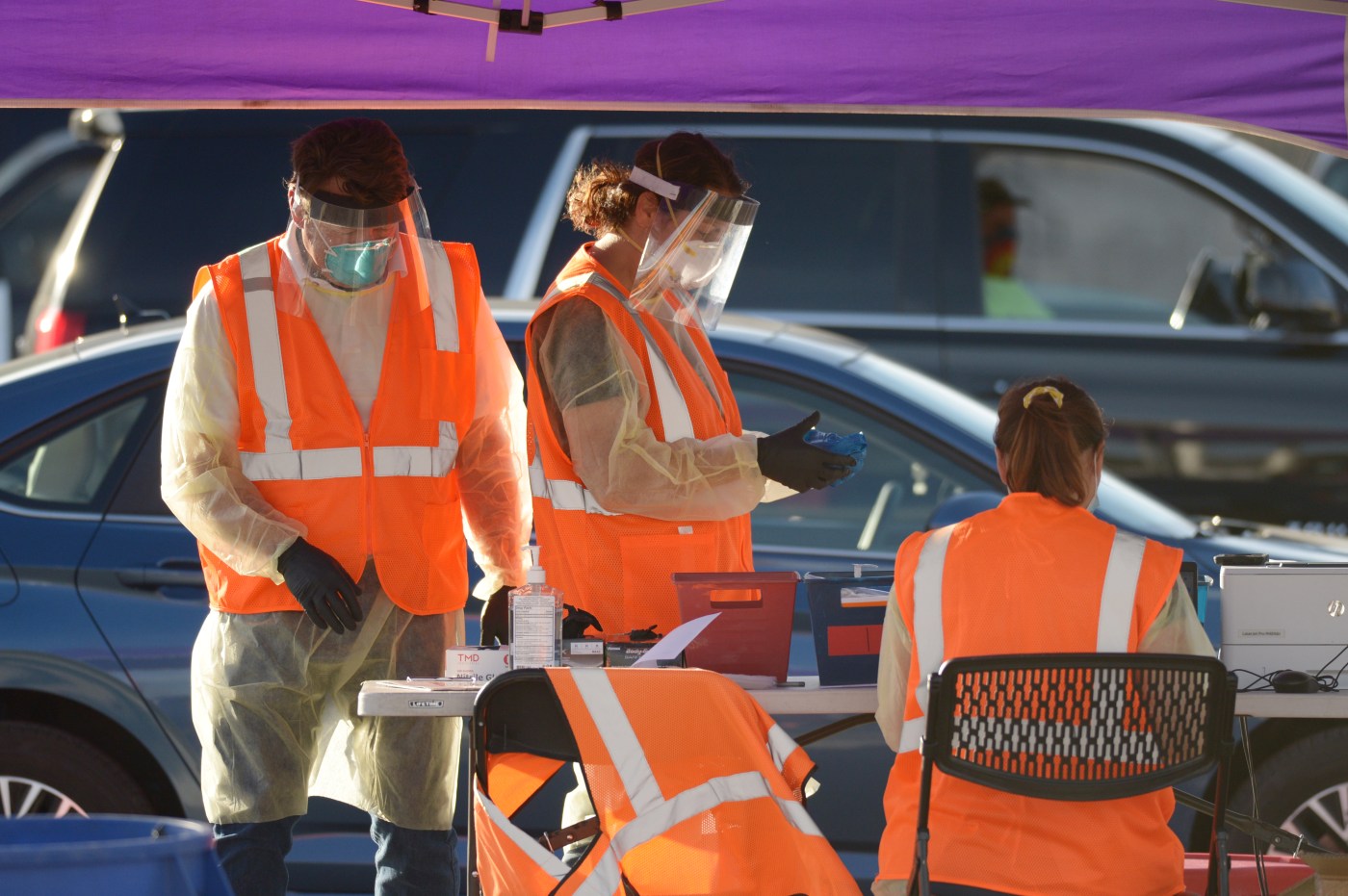 COVID-19 testing sites in Denver are so swamped that public health officials are asking people who can safely delay getting tested to do so.

In addition, those who can get a private test should go that route, leaving the city’s four community sites for those with fewer resources, said Cali Zimmerman, emergency management coordinator with the Denver Department of Public Health and Environment.

Currently Denver’s positivity rate is between 12% and 15% — two to three times worse than it was just a few weeks ago Zimmerman said.

“Really, since the week of Sept. 13 we’ve seen a consistent demand increase of about 25% every week,” Tuneberg said.

She said there’s some evidence that the increased demand could partly be coming from people who hope to travel for the Thanksgiving holiday, but stressed that tests should not be used to justify a trip.

“Testing is a snapshot, a moment in time,” Tuneberg said. “And you could literally leave the testing site and be exposed in the process.”

The statewide positivity rate over the past seven days sits at around 12.88%,, more than double the goal of 5%. That means transmission of the virus is increasing, and that the increase in positive results is not just due to increased testing.

While other Colorado counties aren’t yet changing their approach to testing as Denver is, their capacity has also been stretched thin.

“Our team is very, very taxed,” said Assistant Summit County Manager Sarah Vaine, whose county has seen a similar increase in its percentage of positive tests. “We continue to add people, but when you have so many outbreaks it does sort of beg the question should we just assume everybody has it and stop what we’re doing?”

Vaine and others say they’re concerned that Coloradans are too fatigued with all the dire news about the virus to follow necessary recommendations like washing hands frequently, wearing face coverings, and avoiding large groups and holiday travel.

“I don’t know how to more clearly express to people that their personal behavior, the choices they make, have a direct impact on their community, the economy and the spread of this deadly virus,” Vaine said.

State officials announced tighter restrictions for 20 counties this week — including Denver and much of the metro area — in an attempt to curb transmission while also avoiding a lockdown. Hospitals are packed and too many cases exist for traditional contact tracing to effectively work.

And yet the trend still appears to be worsening.

Officials test about 1,500 people each day between Denver’s community testing sites and the number has been steadily increasing, Zimmerman said. So far, those sites are able to return most results in about 48 hours and maintain enough capacity …read more