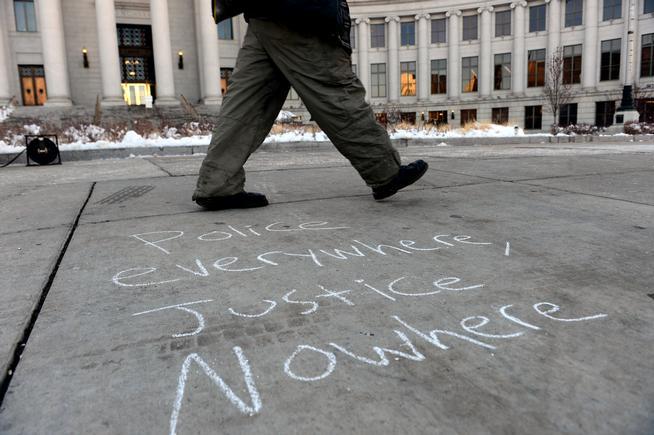 Denver has been operating without a dedicated, independent police watchdog since January.

And while a committee is searching for candidates who could fill the permanent independent monitor job full-time, voters on Nov. 2 will get to decide who appoints independent monitors in the future — the mayor or the volunteer Citizen Oversight Board.

Referred Question 2G asks voters to approve a few changes to the way the city’s Office of the Independent Monitor works.

The monitor is tasked with investigating alleged misconduct by Denver police officers and sheriff’s deputies; recommending policy changes to the Department of Public Safety; and looking into incidents like how police handled the George Floyd protests in 2020.

If 2G is approved, not only would the oversight board be in charge of appointing future monitors — contingent on a City Council confirmation vote — but the monitor’s office also would be allowed to hire outside legal counsel. Staff members in the office would be reclassified from at-will employees that can be fired without cause to career service workers with more insulation from potential retaliatory firings.

“The monitor and that office’s ability to do their job depends on independence,” Denver City Councilwoman and 2H supporter Jamie Torres said. “What we want to do is maintain trust in that office and provide distance from political bodies whether it’s the mayor’s office or our own.”

The oversight board, created in 2004 and added to the city charter by voters in 2016, has nine members; four are picked by the mayor, four by the council and one jointly.

Torres is part of the search committee waiting to interview monitor candidates. She said 2G is not the byproduct of events like the protests but lots of public input.

“We’ve heard these things not just recently but for years,” she said. “It’s about time.”

There is no organized opposition to 2G, and no one submitted comments against the measure in time to be included in the city’s ballot guide.

Mayor Michael Hancock said he is neutral on the measure. He viewed his appointment role as taking recommendations for the search committee and making a final choice. It comes down to the committee identifying good candidates, he said.