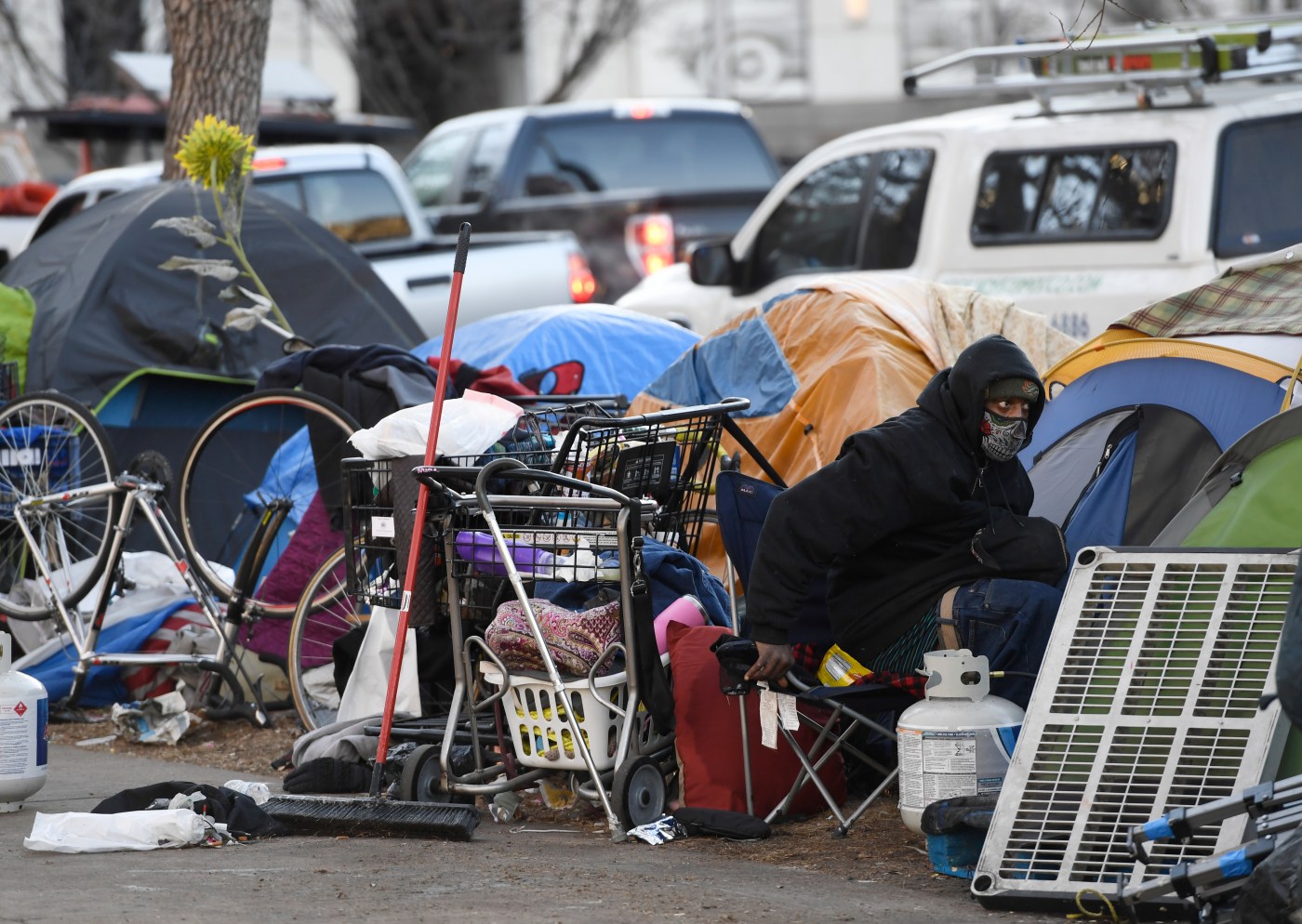 Over the next few weeks, the city will begin redirecting non-emergency calls made to 911 about unsanctioned encampments in Denver to the city’s 311 helpline instead.

“The goal is to not have a public safety response to something that is not a public safety issue,” said Mike Strott, a spokesman for Mayor Michael Hancock’s office. “This is the next step we are taking in a series of steps to create an alternative response.”

Homeless encampments in Denver have been a source of friction between residents and those who set up camp on sidewalks or parking lots, and neighbors often call 911 as more tents and tarps appear and trash builds up.

The city has had an urban camping ban in place for nearly a decade, though enforcement of it has been challenged in court and complicated by the coronavirus pandemic.

Police aren’t always the right people to help those who have suffered trauma or are dealing with mental illness, said Kathleen Van Voorhis, director of housing justice with the Interfaith Alliance of Colorado. Officers, she said, can “trigger trauma,” and often social workers or homeless outreach specialists have better rapport with those living on the streets.

“Anything we can do to decrease the police presence around our unhoused neighbors is a benefit,” Van Voorhis said.

Two sanctioned homeless encampments opened in December — a first for Denver, and they can accommodate 70 people total. But the city has for years disassembled a number of unsanctioned camps after officials considered them a public health hazard.

Police will still be on site when the city clears out a homeless encampment, Strott said.

Denver Councilwoman Candi CdeBaca, who has denounced the city’s approach to so-called sweeps in the past, on Monday said Denver “should be redirecting ALL 911 calls that do not involve imminent danger or violence.”

She still has questions about whether and how Hancock will redistribute operator resources from 911 to 311 call centers, and whether the city plans to overhaul the software for the 311 system to better route calls to mental health outreach workers, human services case managers and sanitation workers.

The changing response to calls for service follows in the footsteps of the June launch of Denver’s Support Team Assistance Response program. The STAR program aims to connect people who pose no danger with services and resources while freeing up police for other issues.