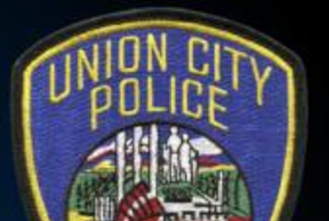 Union City leaders are pitching their parcel tax on the March 3 ballot as an eight-year extension of the current one that expires next year. But they’re not telling voters that the new one would be more expensive.

It’s an inexcusable deceit enabled by the city attorney’s legally questionable analysis in the official voter pamphlet. Transparency would have been so much better.

Nevertheless, voters should still support Measure U. The higher amounts in the parcel tax are reasonable, and Union City badly needs the money. The city’s revenues are lower than most and the City Council has already had to make tough cuts, including recently closing an underutilized fire station.

City officials should be honest about the tax with voters. They should also cease spending taxpayer money to campaign for ballot measures. And it’s financially foolish that the city, while facing such shortfalls, continues to engage in a pension payment accounting scheme that effectively boosts the retirement plan’s costs by 8 percent.

Get editorials, opinion columns, letters to the editor and more in your inbox weekday mornings. Sign up for the Bay Area Opinion newsletter.

Voters last renewed the parcel tax in the November 2016 election. It is scheduled to expire in 2021.

Like the current tax, the levy under Measure U would vary depending on the size of the lot and the type of building on it, whether it’s a single-family home, multi-family residential or non-residential. (Property owners should read the text of the measure, which comes with the voter pamphlet, to figure out how much they would pay.)

Here’s what the ballot materials don’t mention: If this was an extension of the old parcel tax, that amount would have been $158 in 2021-22, $10 less than the new tax. And the cost-of-living increase would have been 2 percent a year, not 3 percent.

Thus, the city is seeking to increase the tax at the start and accelerate the rate at which it inflates.

There’s no excuse for leaving that key detail out of the ballot wording and material. City Attorney Kristopher Kokotaylo failed to disclose it in his impartial analysis even though state law requires that the analysis include the effect of Measure U on current law. He says his analysis met legal requirements.

He admitted to us that he knew about the differences between the existing tax and Measure U’s levy but repeatedly refused to answer our question about whether omitting that information was deliberate. We expect better of public officials who have …read more