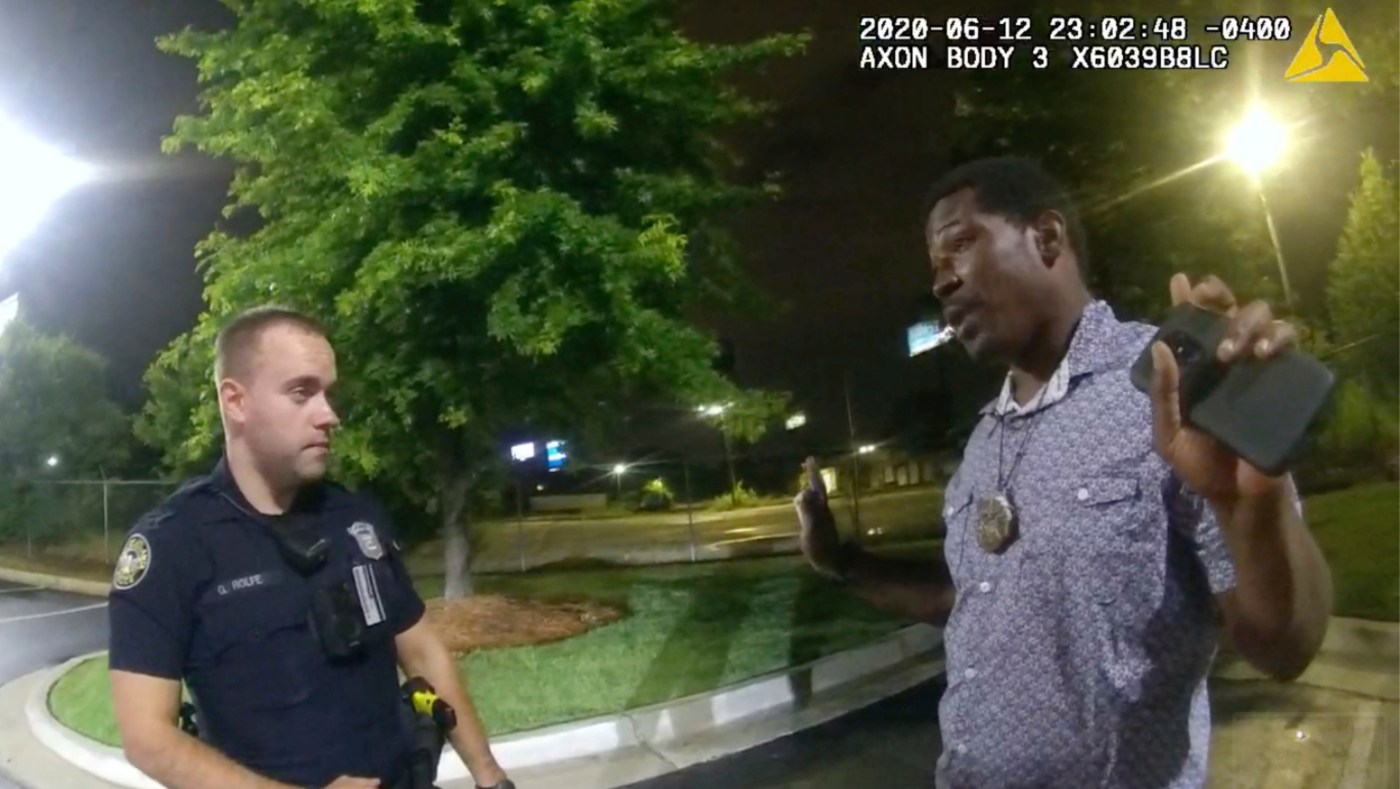 ATLANTA — A judge on Tuesday ruled that the former Atlanta police officer who fatally shot Rayshard Brooks can be free on bond while his case is pending.

Fulton County Superior Court Judge Jane Barwick set a bond of $500,000 for Garrett Rolfe, who faces charges including felony murder in the killing of Brooks, a 27-year-old Black man. The shooting by the white officer happened against the backdrop of demonstrations nationwide over police brutality and systemic racism after George Floyd died under a Minneapolis officer’s knee.

Appearing via teleconference, lawyers for Rolfe argued that he is a native Georgian with strong ties to the community who is not at risk of fleeing or failing to show up for court and is not a danger to the community. A prosecutor argued that Rolfe had committed an unjustified fatal shooting and was a flight risk and might intimidate witnesses.

Brooks’ wife, Tomika Miller, made an emotional plea to the judge, asking her not to grant bond for Rolfe.

Explaining her decision to grant bond, Barwick said Rolfe “is not a flight risk and I do not believe he is a danger to the community.”

The conditions of his bond include wearing an ankle monitor, complying with a curfew, surrendering his passport, not possessing any guns and having no contact with victims, witnesses or police officers.

Police body cameras showed Rolfe and another officer having a calm and respectful conversation with Brooks for more than 40 minutes after complaints that Brooks had fallen asleep in his car in a Wendy’s drive-thru lane on June 12.

But when officers told him he’d had too much to drink to be driving and tried to handcuff him, Brooks resisted. A struggle was caught on dash camera video. Brooks grabbed one of their Tasers and fled, firing the Taser at Rolfe as he ran away.

An autopsy found Brooks was shot twice in the back.

Prior to the judge’s bond ruling on Tuesday, one of Rolfe’s attorneys, Noah Pines, denied the district attorney’s accusations that Rolfe kicked Brooks after shooting him and shouted “I got him!” Pines called on Fulton County District Attorney Paul Howard to release video of the alleged kick.

Rolfe, 27, now faces 11 charges in all. Felony murder is punishable by a minimum sentence of life in prison. Brosnan, 26, is charged with aggravated assault and violating his oath.
Lawyers for both men have said their actions were justified.

In a statement, attorneys for the family of Brooks said they were “disappointed” by the judge’s ruling, but said it was “just one step in the long quest for justice for Rayshard.”