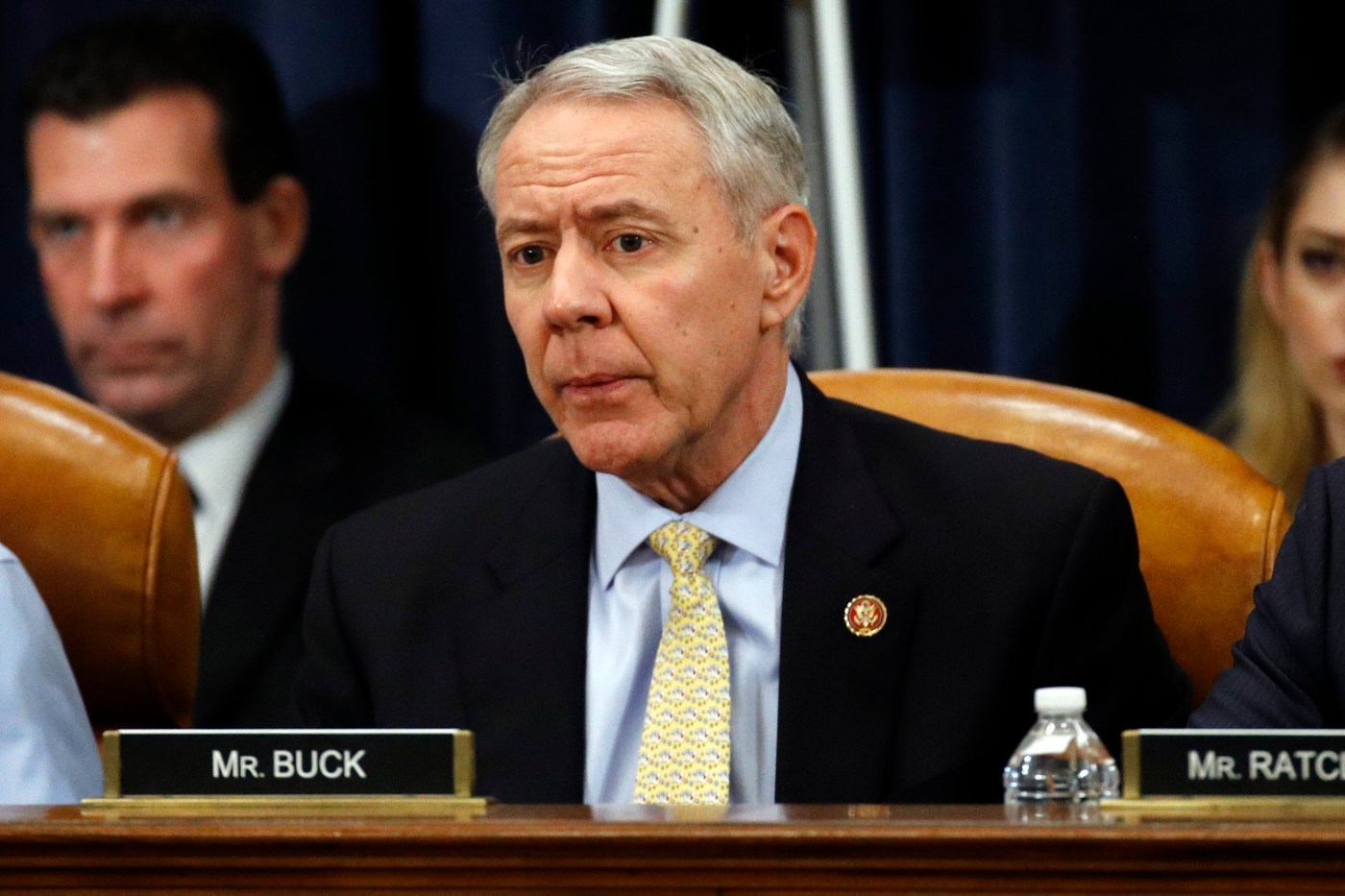 The race to replace U.S. Rep. Ken Buck as chair of the Colorado Republican Party has begun.

At least two high-profile Colorado Republicans say they’re considering a run to replace Buck, though months still remain in his somewhat tumultuous term. A party spokesman confirmed to The Denver Post that Buck won’t seek reelection to the chairmanship.

“All of us have to consider what is best for us, to strengthen the party,” said GOP Vice Chair Kristi Burton Brown, who confirmed she is considering a run for the organization’s top spot.

“I’m not announcing anything right now publicly. It would be premature for anyone to get out there and campaign for a position when the focus should be building the party,” she added.

Former Secretary of State Scott Gessler said he is also considering a run but fell short of definitively dropping his name in the hat.

“Let me put it this way,” Gessler told The Post. “I can tell you that I’m giving it a lot of thought.”

Several others are also considering a run, Gessler ventured, but they could not be reached for comment.

County Republican parties will elect their respective leadership teams around February and March, including electing delegates to the state party’s central committee, Gessler said. Then the statewide leadership election will be held in late March or early April.

Burton Brown said it has been clear that Buck would not run for a second term since he was elected in March 2019. That election itself raised eyebrows as some questioned whether Buck could effectively balance his congressional duties with those of the state party.

Trump called Georgia Secretary of State Brad Raffensperger an 'enemy of the people,' exactly 2 years after he said he'd be 'fantastic'

And while internal party controversies in El Paso and Weld counties peppered the last year of Buck’s term, Burton Brown said they were a relatively small part of an otherwise successful two years.

Still, the El Paso County ordeal resulted in a complaint — still under investigation — filed by a Democratic group with the state’s attorney regulation board. And officials passed a Weld County complaint involving one of Buck’s congressional aides to the Colorado Attorney General’s Office for further review. Neither complaint has resulted in any action or ruling against Buck.

The statewide reorganization led to a successful get-out-the-vote effort for the November election, Burton Brown said. And while President Donald Trump and Republican Sen. Cory Gardner lost their bids in Colorado, Republicans held their own in a few key races where many expected Democrats to make more inroads.