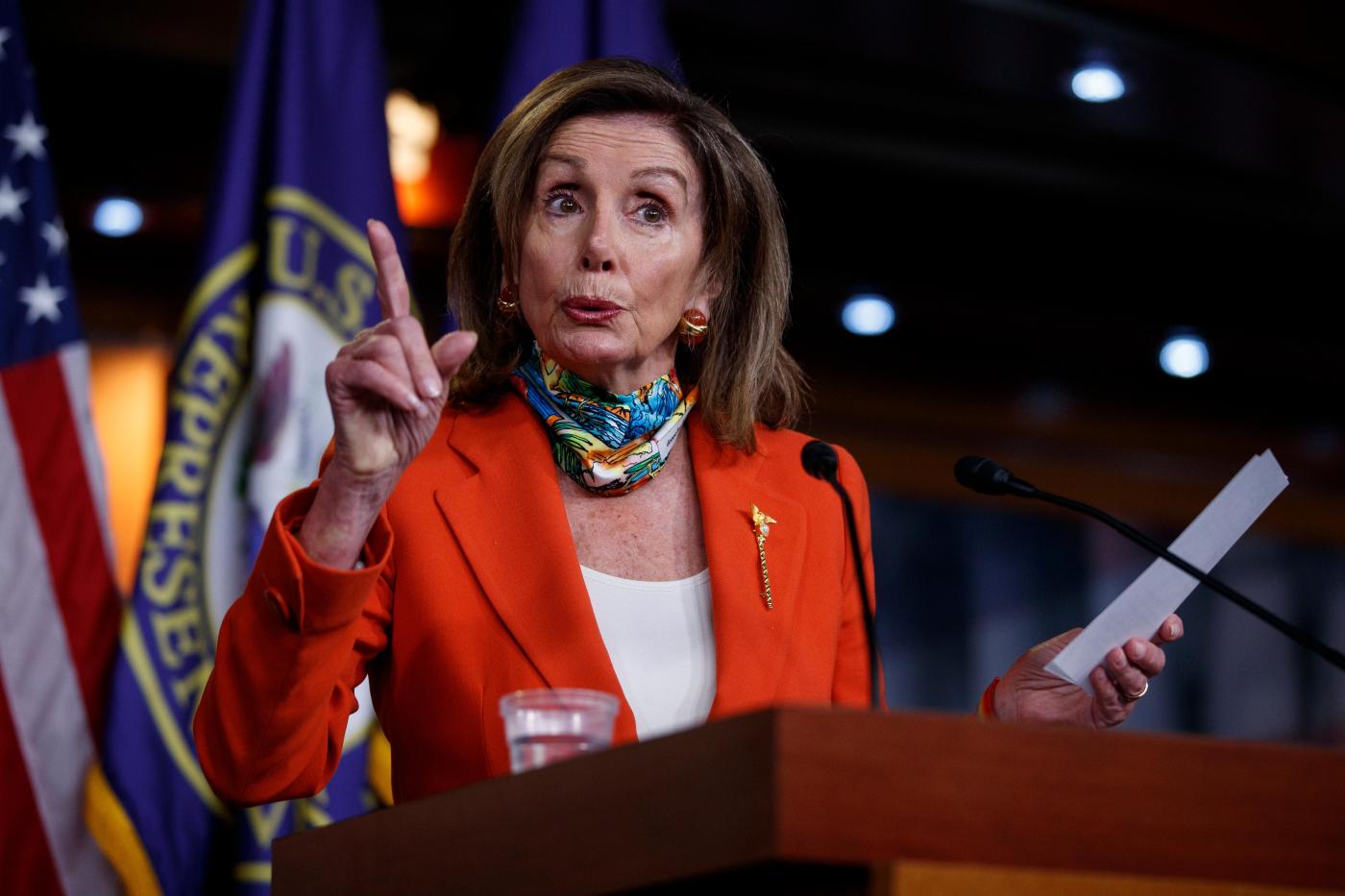 WASHINGTON — House Democrats on Tuesday unveiled a plan to address climate change that would set a goal of net-zero greenhouse gas emissions by 2050, while pushing renewable energy such as wind and solar power and addressing environmental contamination that disproportionately harms low-income and minority communities.

The election-year plan backed by House Speaker Nancy Pelosi and other leaders is less ambitious than a sweeping Green New Deal that a group of progressive Democrats outlined last year to combat climate change and create thousands of jobs in renewable energy.

The Green New Deal, championed by Rep. Alexandria Ocasio-Cortez, D-N.Y., calls for dramatic steps to virtually eliminate U.S. greenhouse gas emissions by 2030 with a goal of meeting “100% of the power demand in the United States through clean, renewable and zero-emission energy sources,” including nuclear power.

The new plan, put forth Tuesday in a 538-page report, offers similar goals but at a slower pace. It sets a range of targets, including a 45% reduction by 2030 of greenhouse gas emissions, which cause global warming.

Supporters say the plan, presented by Democrats on the House Select Committee on the Climate Crisis, by 2050 would save more than 60,000 American lives every year thanks to reduced air pollution, as well as nearly $8 trillion thanks to health and climate benefits.

“Democrats know the climate crisis is the essential crisis of our time, threatening public health, jobs and the economy, national security and values,” Pelosi said Tuesday at a Capitol news conference.

“We are here today to provide hope and vision,” said Rep. Kathy Castor, D-Fla., chairwoman of the climate panel. She called the Democratic plan a “transformative road map for solving the climate crisis,” and pledged it would address environmental justice and vulnerable communities that are suffering from the effects of air and water pollution and industrial waste.

“The health of our families and the air we breathe are at the heart of our plan,” Castor said, adding that it would create good-paying jobs in solar and wind energy, manufacturing electric vehicles and ensuring that communities are more resilient to flooding, extreme heat, intense hurricanes and wildfires.

While likely to win approval in the Democratic-controlled House, the plan faces insurmountable opposition in the Republican-controlled Senate. Democrats are hoping to make inaction on climate change by congressional Republicans and the Trump administration a key campaign issue in November’s election.

A look inside the White House, which has 132 rooms, a restaurant, and the offices of some of the most powerful people in the world