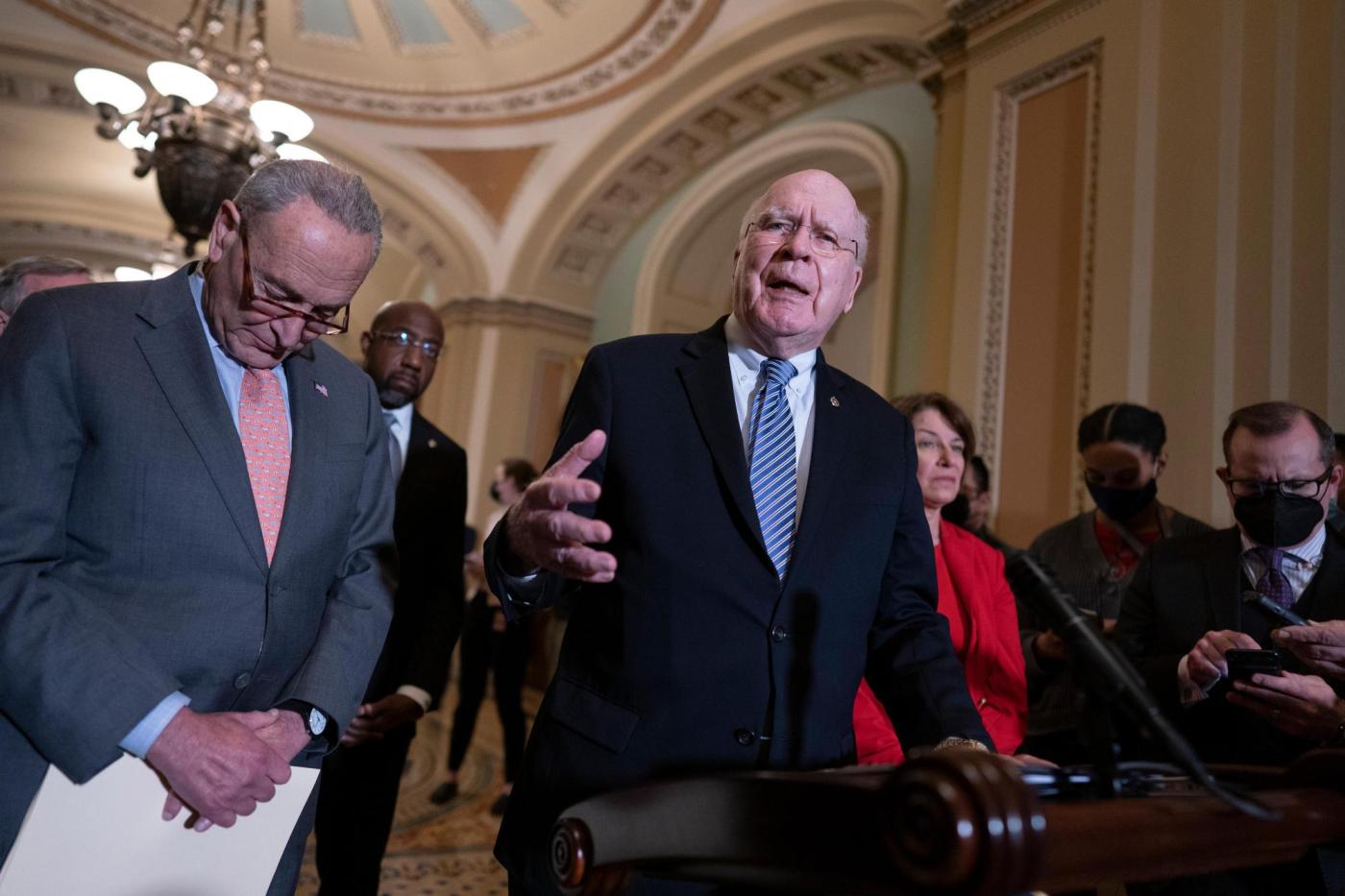 WASHINGTON — Democrats are mounting an impassioned bid to overhaul Senate rules that stand in the way of their sweeping voting legislation, arguing dark forces unleashed by Donald Trump’s falsehoods about the 2020 election demand an extraordinary response.

In fiery speeches and interviews, President Joe Biden and top congressional Democrats have seized on the one-year anniversary of the Jan. 6 insurrection as a reason to advance their long-stalled voting, ethics and elections package. Senate Republicans, who have repeatedly blocked the legislation, excoriate the measures as a “partisan power grab” and warn that any rule changes will haunt Democrats someday under a GOP majority.

Trump’s false claims of a stolen election not only incited the mob that stormed the Capitol. His unrelenting campaign of disinformation also sparked a GOP effort to pass new state laws that have made it more difficult to vote, while in some cases rendering the administration of elections more susceptible to political influence.

Many Democrats say the moment has come to act decisively in what they view as the civil rights fight of the era. Changing Senate rules early in 2022 offers perhaps the last best chance to counteract Republicans’ state-level push before the midterm elections, when Democrats’ House majority and slim hold in the 50-50 Senate could be wiped out.

“If Republicans … continue to hijack the rules of the Senate to turn this chamber into a deep freezer, we are going to consider the appropriate steps necessary,” Senate Majority Leader Chuck Schumer, D-N.Y., said Monday, calling the Republican line of argument “gaslighting, pure and simple.”

How’s he doing? Americans weigh in on Biden’s performance.

Their legislation would usher in the biggest overhaul of U.S. elections in a generation, striking down hurdles to voting enacted in the name of election security, reducing the influence of big money in politics and limiting partisan influence over the drawing of congressional districts. The package would create national election standards that would trump the state-level GOP laws. It would also restore the ability of the Justice Department to police election laws in states with a history of discrimination.

Yet what action they will take to advance the package remains highly uncertain, depending on the often elusive support of Sen. Joe Manchin, D-W.Va. Key Democrats have been meeting with Manchin for weeks, brainstorming options while also enlisting outside allies to lobby his support.

Manchin has made no firm commitments. He has repeatedly said he will not support lowering the filibuster’s 60-vote threshold for passing most legislation, a stance shared by fellow centrist Kyrsten Sinema, D-Ariz. Until the threshold is lowered, enacting election legislation could prove difficult, if not impossible.

But Democrats say they are focused on what’s achievable now, amid escalating pressure from allies for action. Even modest changes to Senate rules, they say, would be a significant step forward.

Leaning into the fight, Biden is set to deliver a speech in Atlanta on Tuesday focused on voting rights. And Schumer has added to the civil rights symbolism by setting the Martin Luther King Jr. holiday, on Jan. 17, as the deadline to either pass the voting legislation or …read more