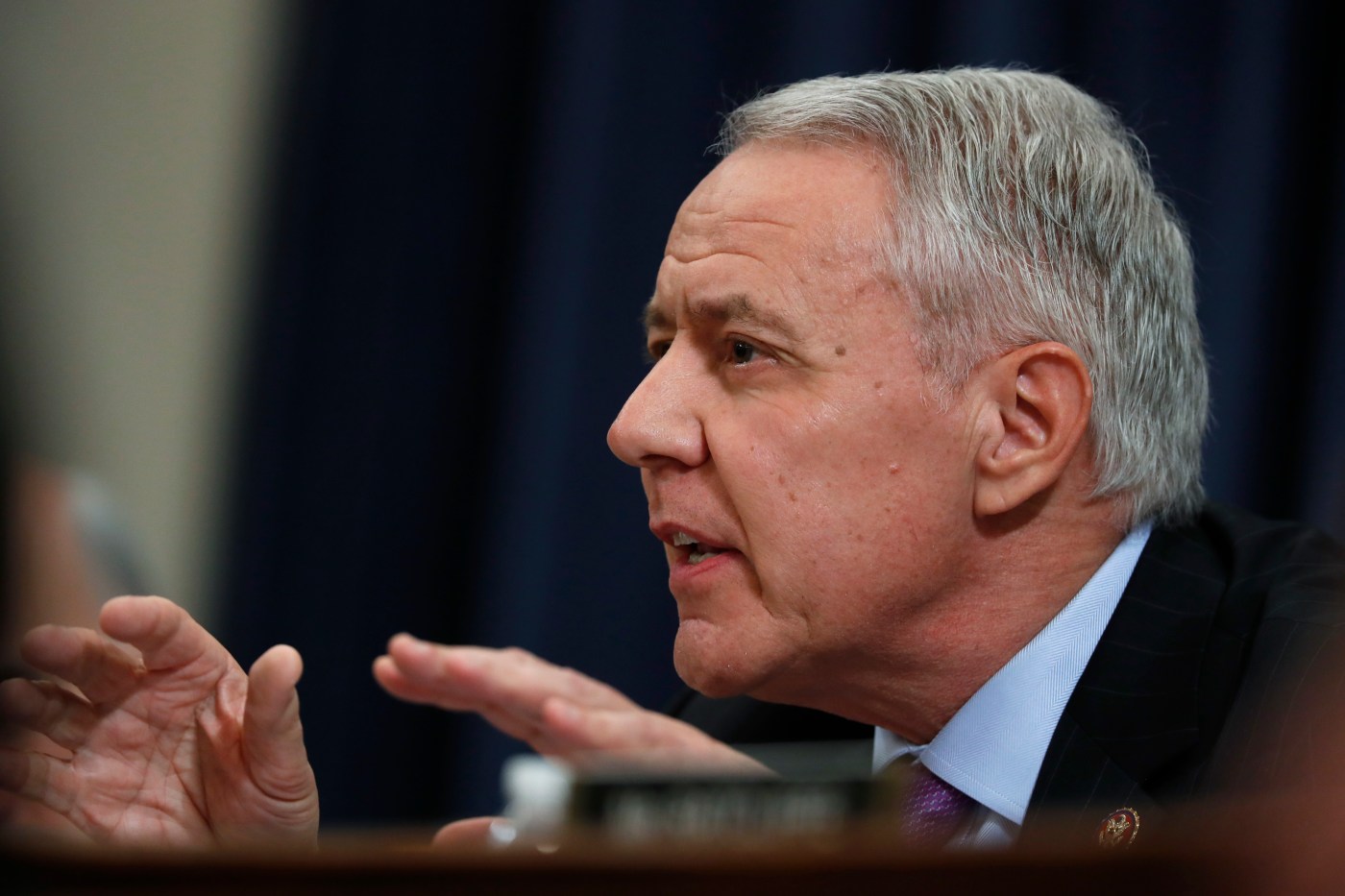 The only scheduled debate between U.S. Rep. Ken Buck and Democratic challenger Ike McCorkle ended on an unusual note Friday night when Buck accused McCorkle of fundraising with a violent leftist and McCorkle shouted about a T-shirt Buck wore, as the congressman stood up and walked out.

During closing remarks of the debate, held at an American Legion hall in Elizabeth, Buck asked McCorkle why he held a fundraiser in September with a progressive activist in Weld County. This week video of the activist talking about the need for left-wing militancy was released by Project Veritas, a conservative group known for secretly recording subjects and selectively editing videos.

“I hope you’ll give every penny back that you earned in that fundraiser with somebody of this mentality,” said Buck, who is chairman of the Colorado Republican Party. “This is absolutely disgraceful that the Democrat Party and a candidate running for office in the 4th Congressional District would do something like this.”

McCorkle, who already had delivered closing remarks, was then told he could not speak further. After crosstalk between Buck, McCorkle and the debate moderator, an editor with the Fort Morgan Times, the debate ended. Buck and the moderator began walking out, but McCorkle remained seated and delivered his response.

“I would like to ask why my opponent, Ken Buck, wears a ‘Kill ‘Em All’ T-shirt the day after innocent protesters were gunned down on American streets,” McCorkle shouted to Buck as the congressman walked away, referring to a controversial pro-military T-shirt Buck wore to a political rally at the end of August.

“I would call on my opponent to denounce white supremacy in all its forms and fashions,” McCorkle shouted through a scratchy voice as Buck kept walking. “I would like to ask my opponent why he wore a ‘Kill ‘Em All and Let God Sort ‘Em Out’ T-shirt the day after innocent Americans were gunned down on American streets! I’d like to have the opportunity for you to answer those questions!”

Buck and McCorkle are competing in the 4th Congressional District, a staunchly Republican area that encompasses the entire Eastern Plains and sections of the Front Range, including Longmont, Greeley and parts of Douglas County. Buck has represented the district since 2015 and is heavily favored to win re-election.