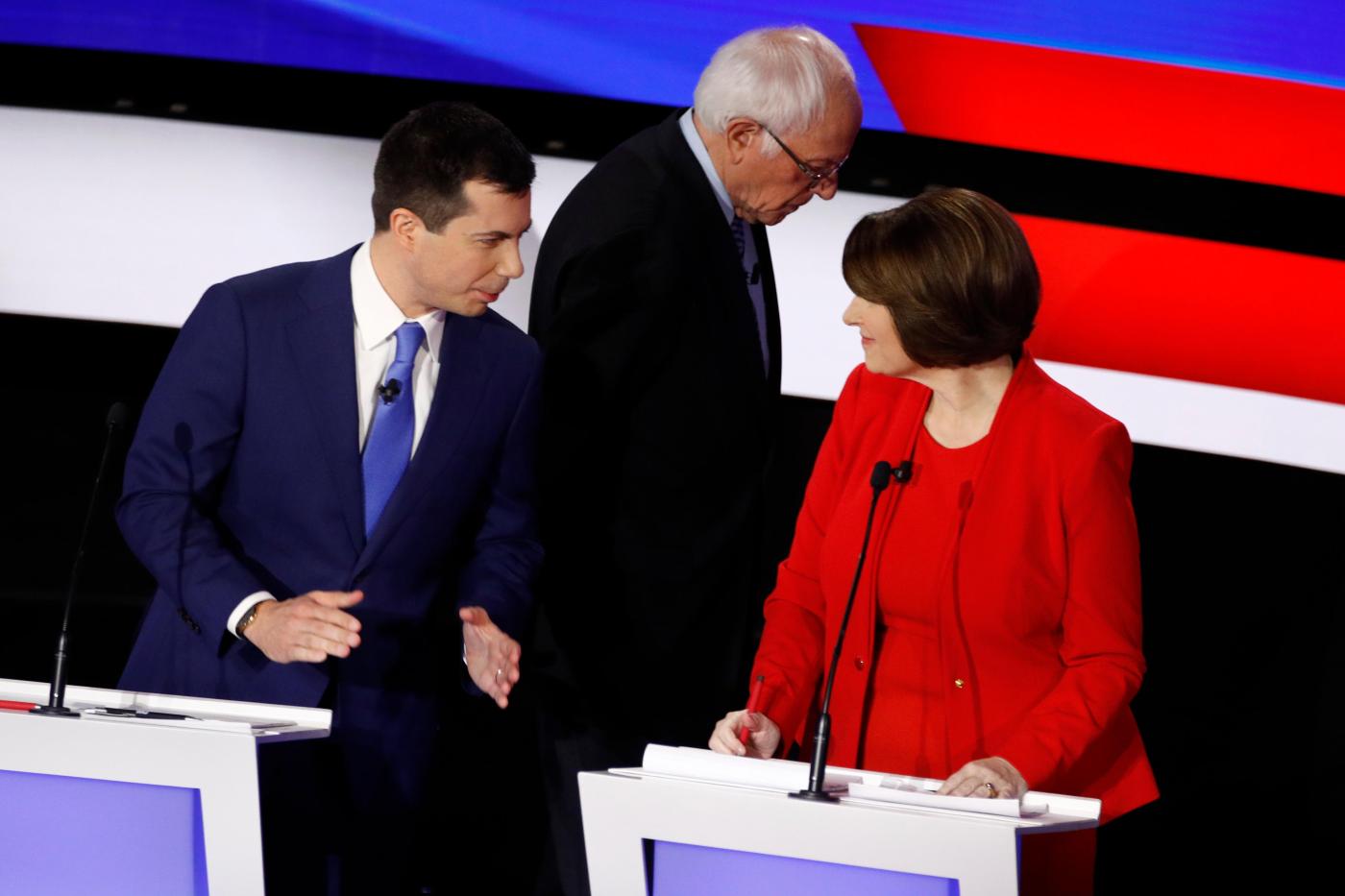 By THOMAS BEAUMONT and NICHOLAS RICCARDI

CIVILITY AND SUBSTANCE OVER FIGHTING AND FRICTION

After the United States’ killing of Iranian Gen. Qassem Soleimani, Democrats were bracing for fights over foreign policy. Instead, a whole lot of substance broke out.

There was a brief skirmish between Vermont Sen. Bernie Sanders, who opposed the Iraq War, and former vice president Joe Biden, who apologized for supporting for it. But most of the opening 30-minute discussion — one-quarter of the time set for the debate — focused on the future.

Former South Bend, Indiana, Mayor Pete Buttigieg and California businessman Tom Steyer tried to argue that their outside-the-Beltway resumes would be benefits in the Oval Office. “What we are hearing is 20 years of mistakes by the American government in the Middle East,” Steyer said. “It’s time for someone from the outside having a strategic view on what we’re trying to do.”

The two liberals, Sanders and Massachusetts Sen. Elizabeth Warren, argued the United States needed to pull its troops entirely from the Middle East and Afghanistan. “The American people are sick and tired of endless wars that have cost us trillions of dollars,” Sanders said.

Warren said generals keep arguing the United States is “turning the corner” in its fights. “We’ve turned the corner so many times we’re going in circles in these regions,” she quipped.

The two voices backing traditional foreign policy were Biden and Minnesota Sen. Amy Klobuchar, who both argued for at least a small military presence remaining in the Middle East.

Buttigieg, a 37-year-old who served as a military intelligence officer in Afghanistan, cast foreign policy as part of his generational argument. “There are enlisted people I serve with barely old enough to remember some of those votes,” he said after Biden and Sanders talked about their 17-year-old Iraq war votes.

ABOUT THE FIGHT THAT DIDN’T HAPPEN

The pre-debate chatter was about an expected fight between Sanders and Warren over Warren’s assertion that Sanders told her in 2018 that a woman couldn’t be elected president. Sanders denied it, Warren didn’t press it. Their fight didn’t happen, but it did spark a more spirited discussion about gender and power.

Sanders continued to deny he’d ever said it. “Does anyone in their right mind believe a woman can’t be elected president?” he asked.

The answer is yes. It’s a sentiment often heard among Democratic voters and operatives who are still traumatized by Hillary Clinton’s 2016 loss. Warren did not repeat onstage that Sanders made the statement but said, “This question about whether or not a woman can be president needs to be addressed head-on.”

Warren said she and Klobuchar, the two women on the stage, were the only ones who had won every election they had run. But there was obvious tension when Sanders tried to correct Warren’s statement that she was the only person onstage who’d beaten an incumbent Republican in the past 30 years. He noted he’d ousted a …read more