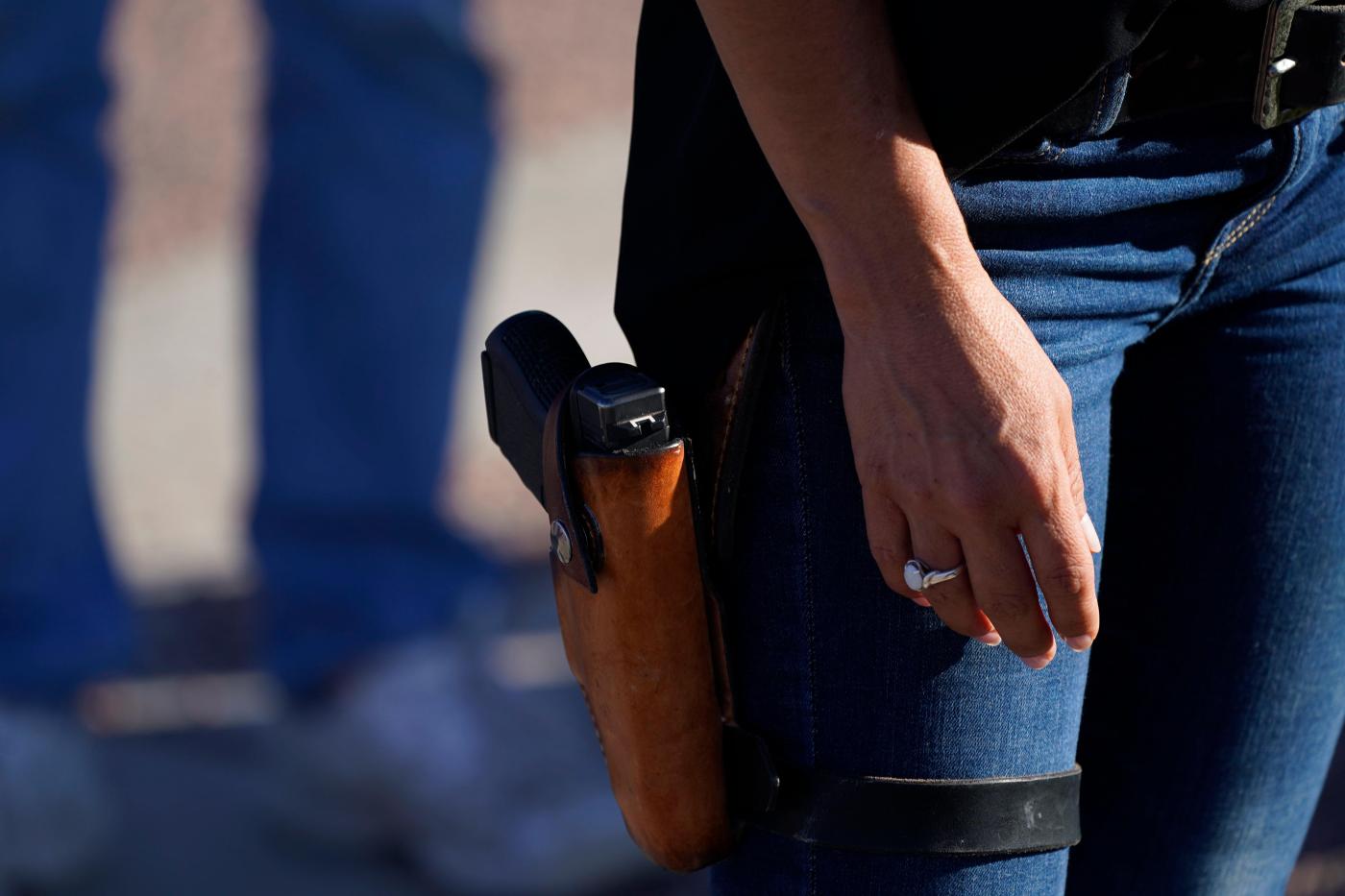 U.S. Rep. Lauren Boebert — who has vowed to carry her Glock across Washington, D.C., and was rebuked by the city’s police chief for saying so — caused a minor incident at a security stop at the U.S. House of Representatives Tuesday night.

The Rifle Republican reportedly attempted to walk through newly installed metal detectors, which sounded as she did. She then refused to turn over her bag to Capitol Police, who in turn refused to let her enter House chambers, according to reporters on the scene.

It’s not clear how the matter was resolved. Reporters saw Boebert enter the House to vote, but couldn’t confirm if she was allowed through with her bag. Boebert’s office did not respond to a request for comment answering that question.

Members of Congress are allowed to carry guns elsewhere in the Capitol complex, but not on the House and Senate floors. Boebert suggested on Twitter on Tuesday that she had a gun with her that evening.

“I am legally permitted to carry my firearm in Washington, D.C., and within the Capitol complex,” Boebert said in a tweet about the incident. “Metal detectors outside of the House would not have stopped the violence we saw last week — it’s just another political stunt by Speaker (Nancy) Pelosi.”

Boebert’s polite confrontation with police came less than a week after rioters stormed the U.S. Capitol, killing an officer. In the days since, the congresswoman has repeatedly offered her condolences and thanks to Capitol Police.

“Thank you to the brave men and women of our law enforcement community, especially the U.S. Capitol Police, who keep us safe,” she tweeted Tuesday afternoon, two hours before refusing to comply with officers’ orders.

The Spot: The ethics of vaccinating Capitol journalists, a tense call with Boebert and the politics of food delivery fees

Masket: What should be a career ender is a career starter for Colorado’s Congresswoman Lauren Boebert