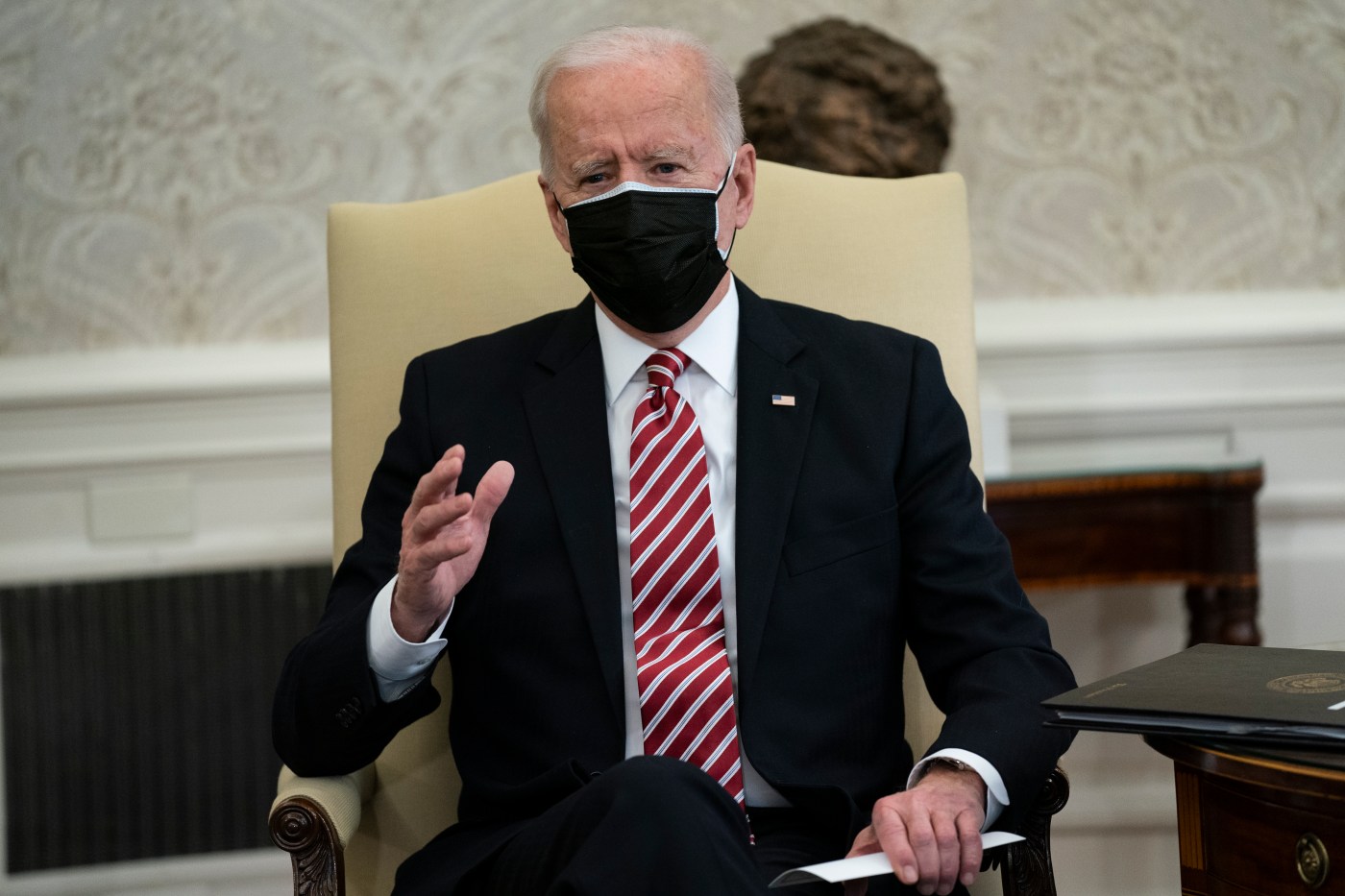 WASHINGTON — President Joe Biden is in a political firestorm over how and when to get more schools open amid the coronavirus pandemic, with Republicans seizing on confusion surrounding Biden’s goal to reopen a majority of schools within his first 100 days to paint the president as beholden to teachers’ unions at the expense of American families.

His administration in recent weeks has sent muddled and at times contradictory messages about Biden’s goal. On Tuesday night, the president said his 100-day goal was to have most elementary schools open five days a week, seeming to conflict with his own press secretary, who had said last week that schools would be considered “open” if they held in-person classes even one day a week.

Biden’s aides dismiss the controversy as a flareup that will disappear once the coronavirus is better under control and more school districts reopen, pointing to recent polls suggesting the public so far believes Biden is doing a good job in handling the issue.

But there could be lingering damage if Biden is seen to break an early promise on an issue so important to so many Americans.

Teachers’ unions have said they support reopening schools once officials are able to make the buildings safer, but they need the $130 billion included in Biden’s proposed American Rescue Plan to make it happen. And even if the bill passes Congress by the Democrats’ mid-March deadline, it’s unclear whether districts would be able to make changes in time to hasten school openings before the end of Biden’s first 100 days.

From dreams of the presidency to 'Flyin Ted': How Ted Cruz became the most ridiculed senator in US politics

Dan Domenech, executive director of the School Superintendents Association, said teachers are willing to go back to in-person learning “only if this bill is passed, only if the dollars get to the school districts in time for them to be able to do the work that they need to do in terms of spacing, in terms of sanitizing, and only if we get the majority of our teachers vaccinated.”

“It’s possible. But at this stage, at this point, it’s not probable,” he said.

American Federation of Teachers President Randi Weingarten said in an interview she hopes Biden will meet his goal, and has said teachers should return to school when COVID-19 mitigation strategies are in place. But she noted that with social distancing, school still won’t feel normal.

“You’re not going to be able to have every single child in every single school in the normal way that we think about normal school,” she said.

Until the nation reaches herd immunity with the widespread distribution of the vaccine, Weingarten said, “we’re not going to be normal.”

This leaves Biden caught between teachers’ unions expressing caution towards his expanded goal on reopening, and critics who say just one day of classroom time a week for a majority of schools is far too little. Data from Burbio, a service that tracks school opening plans, recently reported that 66% of K-12 students already are learning in-person to some degree.

Republicans have been using the issue to hit at Democrats for weeks, pointing to data suggesting that many …read more