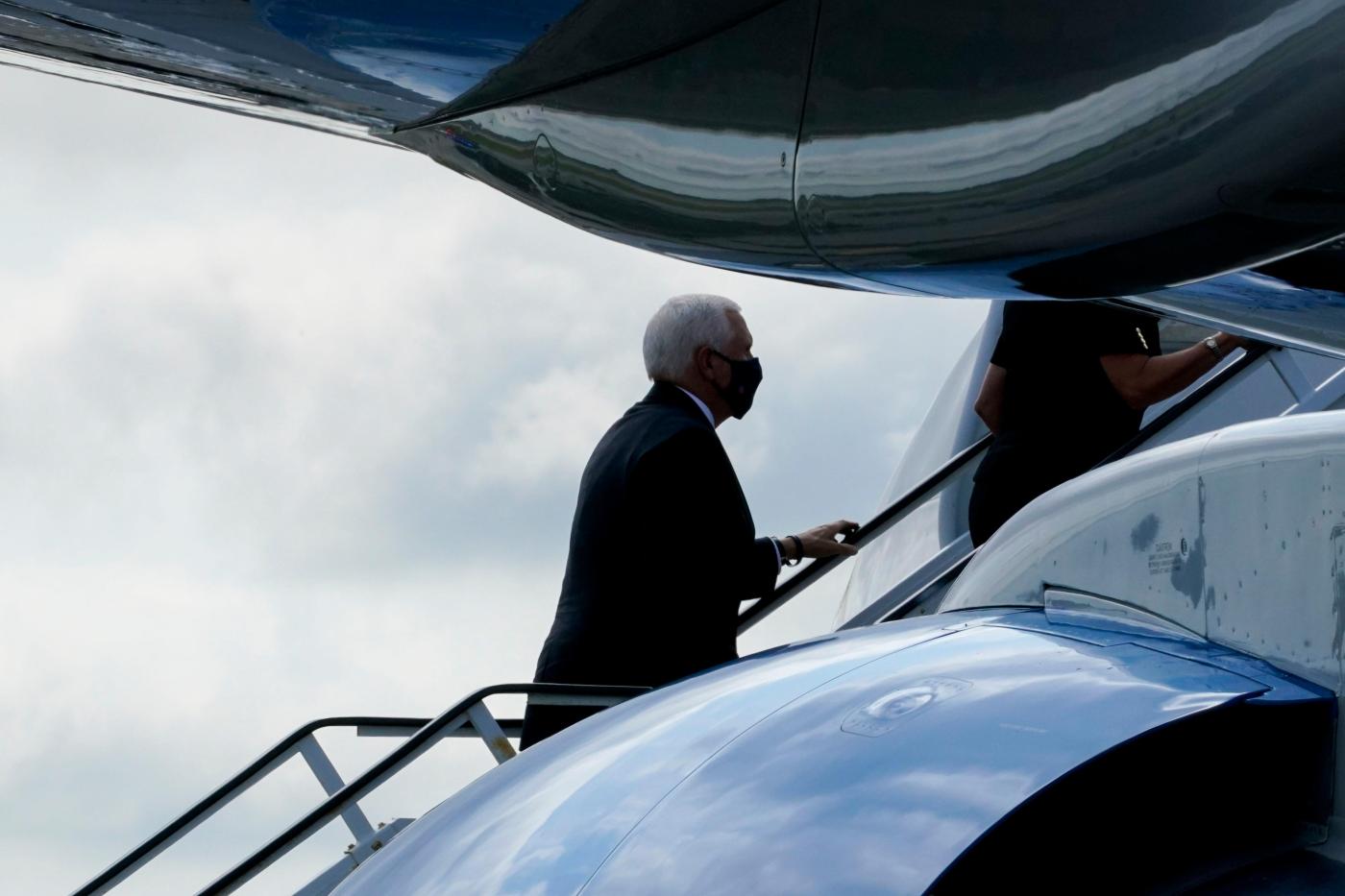 President Donald Trump’s re-election campaign told The Associated Press on Saturday that Pence’s schedule had been changed, but the campaign did not provide a reason or say whether the fundraiser might be held at a later time. The change comes after the AP reported Wednesday that hosts Cayrn and Michael Borland in Bozeman, Montana, had shared QAnon memes and retweeted posts from QAnon accounts.

Pence, Daines and the other Republican candidates are still scheduled to hold a campaign rally Monday afternoon in Belgrade, just east of Bozeman. Pence will host a rally earlier in the day in Wisconsin, an event that was added as a substitute for the fundraiser, the Trump campaign said.

Daines campaign spokesperson Julia Doyle said the first-term senator does not know the Borlands nor “does he know what QAnon even is.”

She referred questions on whether the event would be rescheduled to the Trump campaign.

Gianforte also does not know the Borlands or what QAnon is, spokesman Travis Hall said.

The Borlands have donated over $220,000 to Trump’s reelection bid, the bulk of which was made in Caryn Borland’s name, and they were guests at the national GOP convention last month.

The QAnon narrative has grown to include other long-standing conspiracy theories, gaining traction among some extreme Trump supporters. The movement is often likened to a right-wing cult. Some followers have run for office, primarily in the Republican Party, though some have been independent or run as third-party candidates. Trump has refused to say QAnon is false.

Pence has said it’s a conspiracy theory and last month told CBS, “I don’t know anything about QAnon, and I dismiss it out of hand.””

The Borlands have shared multiple QAnon social media posts, as well as other discredited conspiracies.

Saratoga community briefs for the week of Sept. 18

Editorial: Prop. 22 would stop the assault on gig firms and workers

Editorial: Alex Lee will bring a youthful perspective to the Assembly

Opinion: How voters can plan an anxiety-free election night