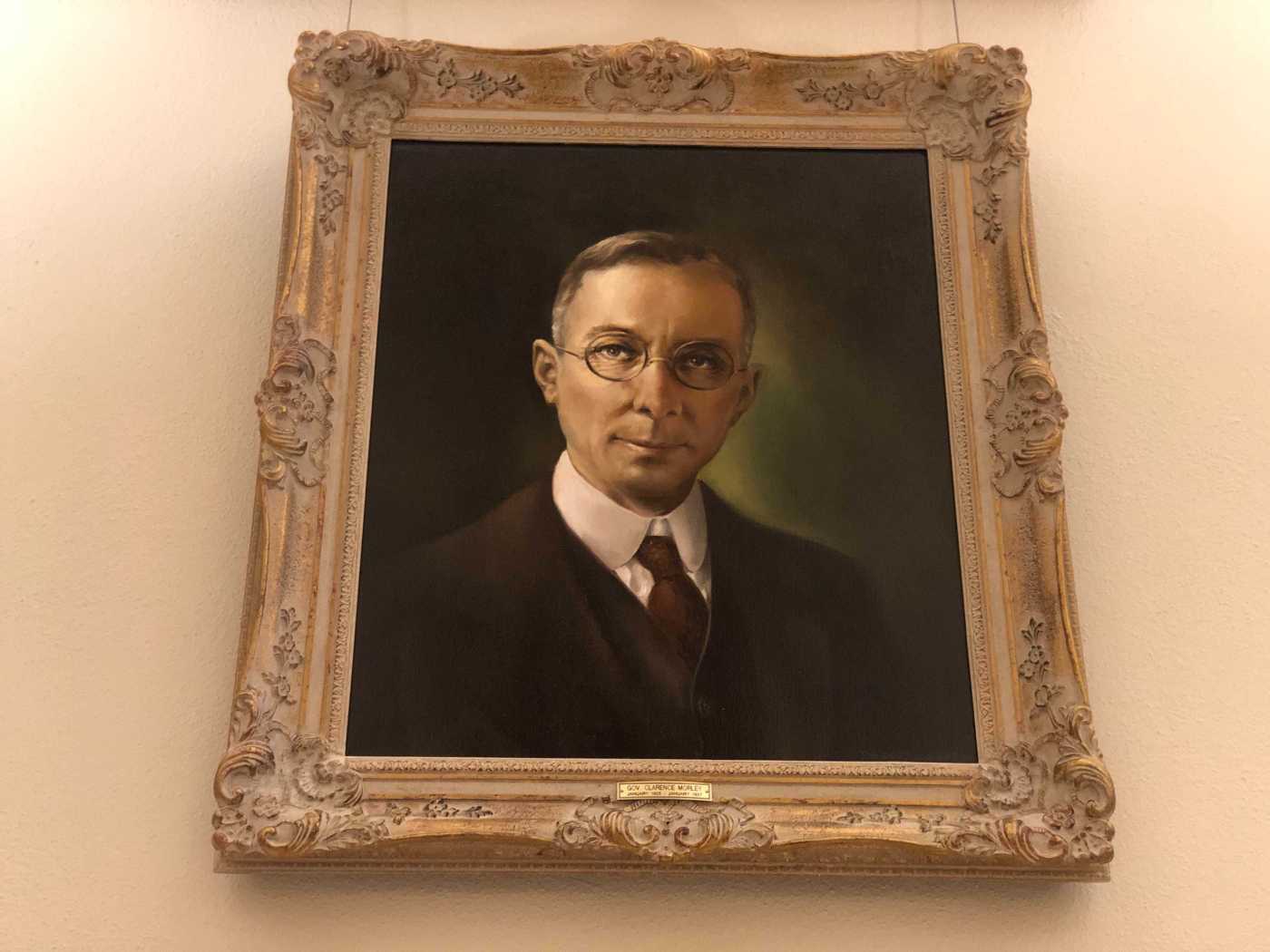 A painting of a Colorado governor who was part of the Ku Klux Klan will stay on the walls of the state Capitol, the advisory board that makes cosmetic choices for the building has decided.

The reason? “Acknowledging all different kinds of people who led Colorado is something we can all learn from,” Denver Democratic Rep. Susan Lontine said. “When people come to this building, they should look at everything with that lens.

The governor in question, Clarence Morley, was a Klansmen — and an elected official — at a time when the KKK was dominant in Colorado. He was elected in 1925, running on an anti-Jewish and anti-Catholic platform, but served only two years. Later in life, he was convicted of mail fraud and imprisoned.

His gubernatorial portrait is among a batch of 20 that were rediscovered a few years ago in the basement of the State Archives. Late last year, following a long restoration process, the portraits went on display on the first floor of the Capitol.

Colorado — and state across the country — have recently dismantled monuments to racist histories. Black Lives Matter protesters in June toppled a statue outside the Capitol that glorified soldiers who slaughtered Indigenous people in the Sand Creek Massacre.

The members of the Capitol Building Advisory Committee, which considers changes to the building and its grounds, had some heartache over Morley’s portrait in particular, Lontine said, because of his KKK ties.

But on Friday, the committee approved a plan to accompany his and other portraits with signs displaying QR codes that direct users to brief state-authored biographies about the men who’ve led Colorado (no woman has been a governor).

“Not everybody’s going to do the QR code, and I get that,” said Lontine, who chairs the committee. “But if you’re interested in finding out about Colorado history, you’ll be able to find out about that guy.”

Colorado Springs Rep. Tony Exum Sr., a Black Caucus member who also serves on the commission to rename natural sites, said he would’ve voted against hanging the portrait in the Capitol. But now that it’s there, he said he’s glad it will be paired with the QR code.

“We need to educate people on who those folks were,” he said. “Is a portrait, a statue going to change how people feel about racism? … What’s going to change the heart of America is engaging each other.”