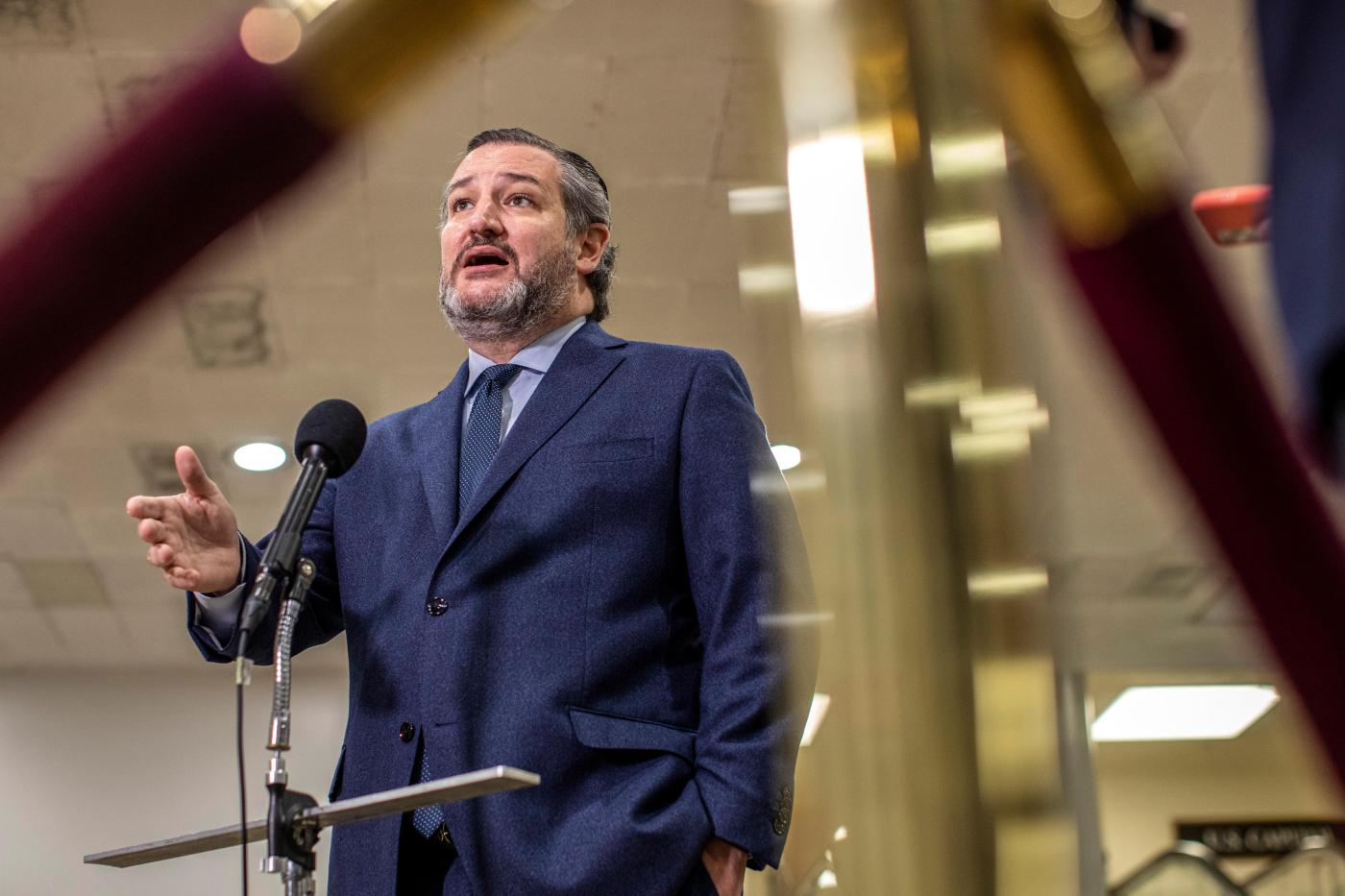 Like millions of his constituents across Texas, Sen. Ted Cruz had a frigid home without electricity this week amid the state’s power crisis. But unlike most, Cruz got out, fleeing Houston and hopping a Wednesday afternoon flight to Cancún with his family for a respite at a luxury resort.

Photos of Cruz and his wife, Heidi, boarding the flight ricocheted quickly across social media and left both his political allies and rivals aghast at a tropical trip as a disaster unfolded at home. The blowback only intensified after Cruz, a Republican, released a statement saying he had flown to Mexico “to be a good dad” and accompany his daughters and their friends; he noted he was flying back Thursday afternoon, though he did not disclose how long he had originally intended to stay.

Text messages sent from Heidi Cruz to friends and Houston neighbors on Wednesday revealed a hastily planned trip. Their house was “FREEZING,” as Heidi Cruz put it — and she proposed a getaway until Sunday.

Heidi Cruz invited others to join them at the Ritz-Carlton in Cancún, where they had stayed “many times,” noting the room price this week ($309 per night) and its good security. The text messages were provided to The New York Times and confirmed by a second person on the thread, who declined to be identified because of the private nature of the texts.

For more than 12 hours after the airport departure photos first emerged, Ted Cruz’s office declined to comment on his whereabouts. The Houston police confirmed that the senator’s office had sought their assistance for his airport trip Wednesday, and eventually Cruz was spotted wheeling his suitcase in Mexico on Thursday as he returned to the state he represents in the Senate.

The former White House physician made sexual comments about female colleagues and drank while on call, report finds

As the Cruzes were away, millions of Texans were still without electricity, many had no running water and the icy air that swept into the state was so severe that the Federal Emergency Management Agency had been activated to send supplies, including generators. Some searched neighborhoods for discarded fallen trees to burn for warmth.

“What’s happening in Texas is unacceptable,” Ted Cruz told a television crew at the Cancún airport. He was wearing a Texas state flag mask and a short-sleeved polo shirt tucked into his jeans; the temperature in Cancún was above 80 degrees Fahrenheit (26.6 degrees Celsius) on Thursday, and in the 30s in Houston.

After landing back in the United States, Cruz offered a new statement with a different tone from earlier in the day, when he had tried to explain the vacation without regrets and left the impression that it might have always been a one-day trip for him. Speaking to reporters after his arrival home, he conceded that the trip was “obviously a mistake” and said he had begun having “second thoughts” as soon as he boarded the plane to Mexico intent on a few days of remote work in the sun.

“The plan had been to stay through the weekend with the family,” he said, framing the decision as a …read more

Marvel Studios & Disney+ | SUPER BOWL 2021 | Promo
Trump's final year in office was the worst for global democracy in a decade and a half, watchdog says
SHARES
ShareTweet