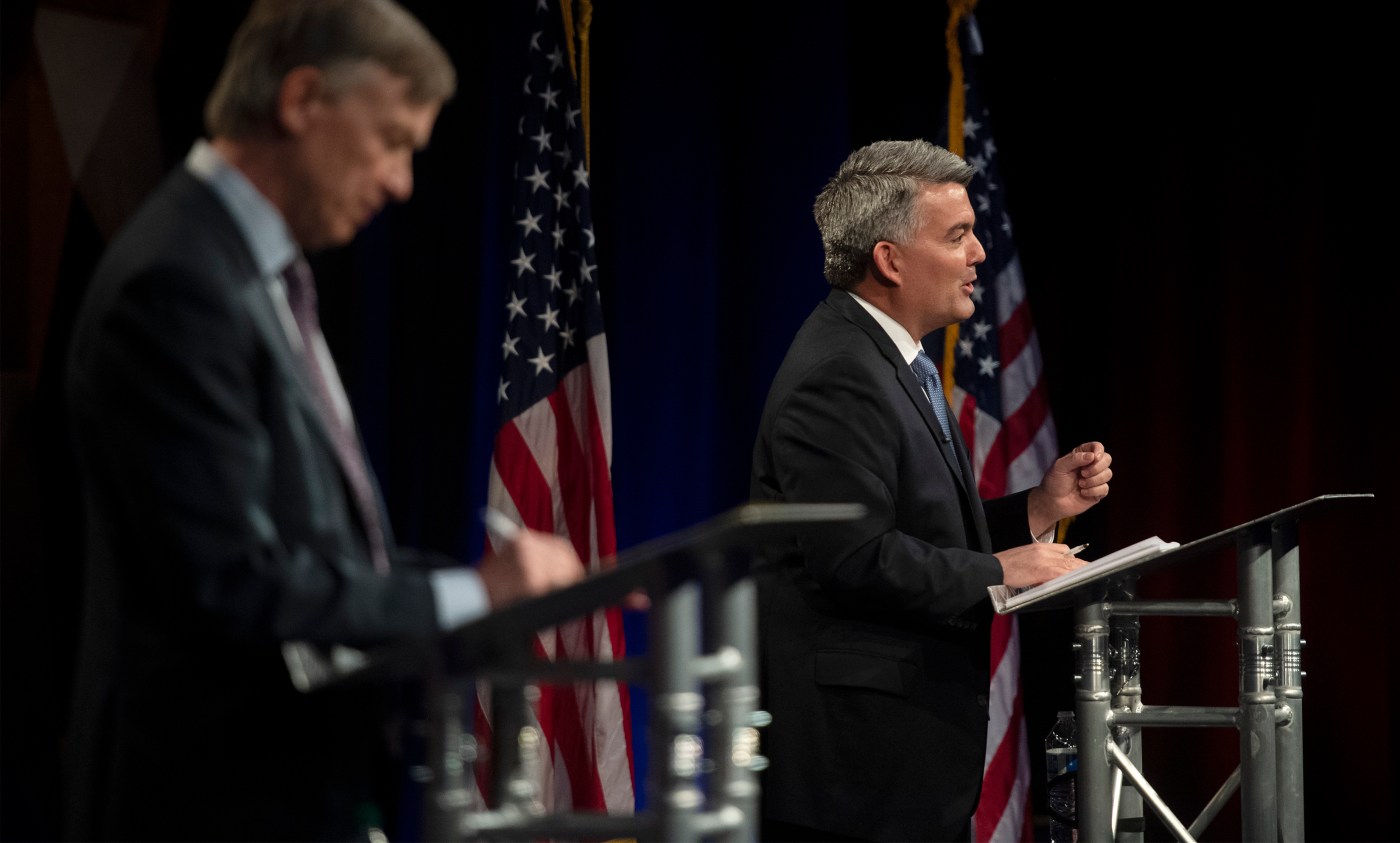 Faced with a consistent stream of polls showing U.S. Sen. Cory Gardner headed for a loss next month, national Republican groups are spending far less in Colorado than in other battleground states this fall.

“There is no reason for either side to put another dime into this state. It’s over,” said David Flaherty, a Republican pollster in Colorado who predicts “historic” losses for his party Nov. 3.

“It is undeniable. The train wreck and implosion of the president will bring a historic number of other Republican candidates down, and if you don’t believe that then you have your head in the sand,” he added.

The National Republican Senatorial Committee, which Gardner led two years ago, has spent $145,000 in Colorado in the first half of October, according to a Denver Post review of campaign finance filings through Wednesday. That is far less than in the other five states the NRSC has focused on: Iowa ($3.2 million), Michigan ($3.2 million), Montana ($2.2 million), Maine ($2.2 million) and Arizona ($1.7 million).

The Senate Leadership Fund, a Republican super PAC with ties to Senate Majority Leader Mitch McConnell, has spent less in Colorado this month than in the 10 other states it has focused on, according to the review of campaign finance filings. When SLF announced Tuesday it was spending $22.5 million to boost eight Republican Senate candidates, it set aside just $1 million of that for Colorado.

“Where the NRSC spends its money signals to everybody else what’s in play, what isn’t in play, and where they think they can most effectively allocate their resources,” said Kyle Saunders, a professor of political science at Colorado State University, “and right now that just isn’t Colorado.”

The reasons for this are twofold, election observers say. First, Gardner has never led in a public poll and four taken this month showed Democratic challenger John Hickenlooper leading by an average of 10 percentage points.

Second, the national map of Senate seats in play has expanded greatly, with Republicans gaining ground in Michigan and Democrats doing so in several Republican states, including Kansas, which hasn’t sent a Democrat to the Senate since 1932. SLF announced Tuesday it is spending $3.3 million in Alaska — more than it has spent in Colorado all month — to protect a once-safe Republican incumbent there.

“It’s unbelievable,” said Flaherty, the pollster. “Republicans are trying to defend South Carolina, Georgia, arguably Texas, Kansas, and that is 100% due to the president’s failures as a candidate, on addressing COVID, and on a number of issues. That’s why the Republicans really have their backs up against the wall.”

There was a time when national Republican groups spent a lot in Colorado just before an election. That was in June, before the Democratic primary Hickenlooper won. The NRSC spent several million dollars that month bashing Hickenlooper before he easily beat Andrew Romanoff. The next month, it began an $8.7 million spending spree here, making Colorado its second-highest priority.

But that has changed with the seasons. In September, …read more