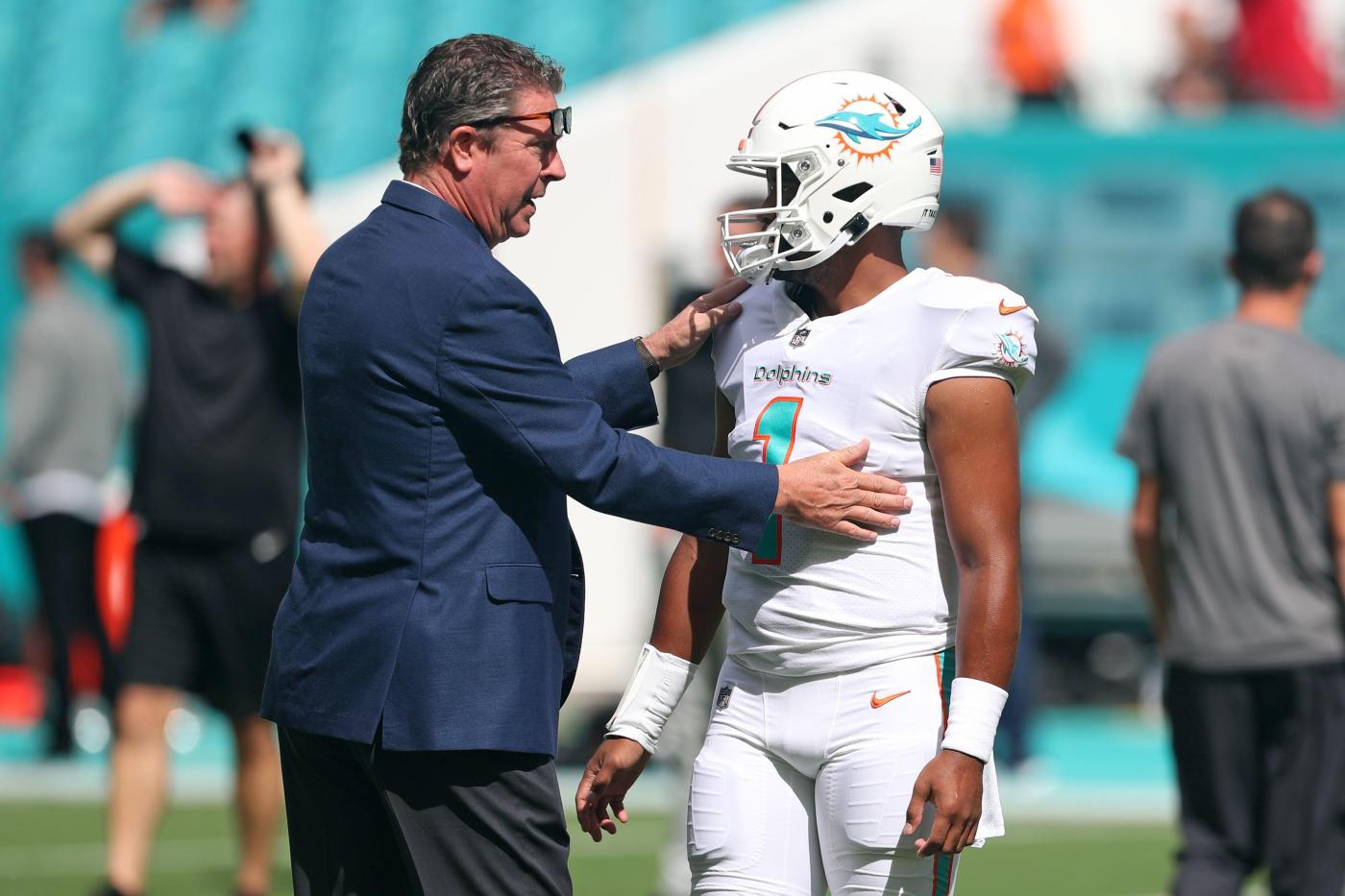 The Miami Dolphins aren’t advancing to the playoffs, but at least the team won’t have a sour taste in their mouth for the entire offseason.

The Dolphins’ 33-24 victory over the New England Patriots, which produced the first series sweep of the Patriots in 20 years, allowed Miami to finish the 2021 season with a 9-8 record.

That’s right, the same Dolphins team that began 1-7 won eight of the season’s final nine games and ended the season as winners.

Here are some more takeaways from the season finale against the Patriots.

Miami’s season-ending win over the Patriots provided the Dolphins the franchise’s first back-to-back winning seasons since 2002-03, when a Dave Wannstedt-led Dolphins team finished 9-7 in 2002 and followed it up with a 10-6 season in 2003. What does this mean for the Dolphins? Hard to say outside of the fact Brian Flores coached a resilient team, which started out the year 1-7 and rebounded by winning eight of its final nine games. But who knows where this leads considering Wannstedt’s team then went 4-12 the next season, and he was fired at midseason. — Omar Kelly

First sweep of Patriots in 20 years

It had been 20 years since the Dolphins swept the Patriots. But since the departure of Tom Brady these Patriots don’t seem so scary. In fact, the Dolphins have won three straight, including this season’s series sweep. And coincidentally, or not, Tua Tagovailoa owns a 3-0 record against New England in his two seasons of games against the Patriots. Tagovailoa didn’t have impressive stats Sunday (109 passing yards and one touchdown), but his first down run late in the fourth quarter in the game’s final two minutes sealed the win.

Waddle set the NFL rookie record for receptions with a 7-yard touchdown catch from Tagovailoa. Waddle, who finished the season with 104 receptions for 1,015 yards also became the 11th Dolphins player to pull down 1,000 yards in a season. He’s the second Dolphins receiver with 100 or more receptions in a season, joining Jarvis Landry, who achieved that feat twice. Waddle tied Myles Gaskin for the team lead with seven touchdowns.

Johnson delivered his second 100-yard rushing performance for the Dolphins in his fifth game with the team since being added around midseason and called up from the practice squad three weeks ago. Johnson, who finished the game with 117 rushing yards and a touchdown on 25 carries, has been quite a pleasant surprise for Miami. The Dolphins need to seriously consider re-signing him this offseason because he was the only player who made the run game salvageable this season.

Gesicki pulled down two passes for 22 yards, which allowed him to finish the season second on the team with 73 receptions for 780 yards. Gesicki exceeded all his career highs exception touchdowns in his unique role in Miami’s offense, where he’s worked …read more