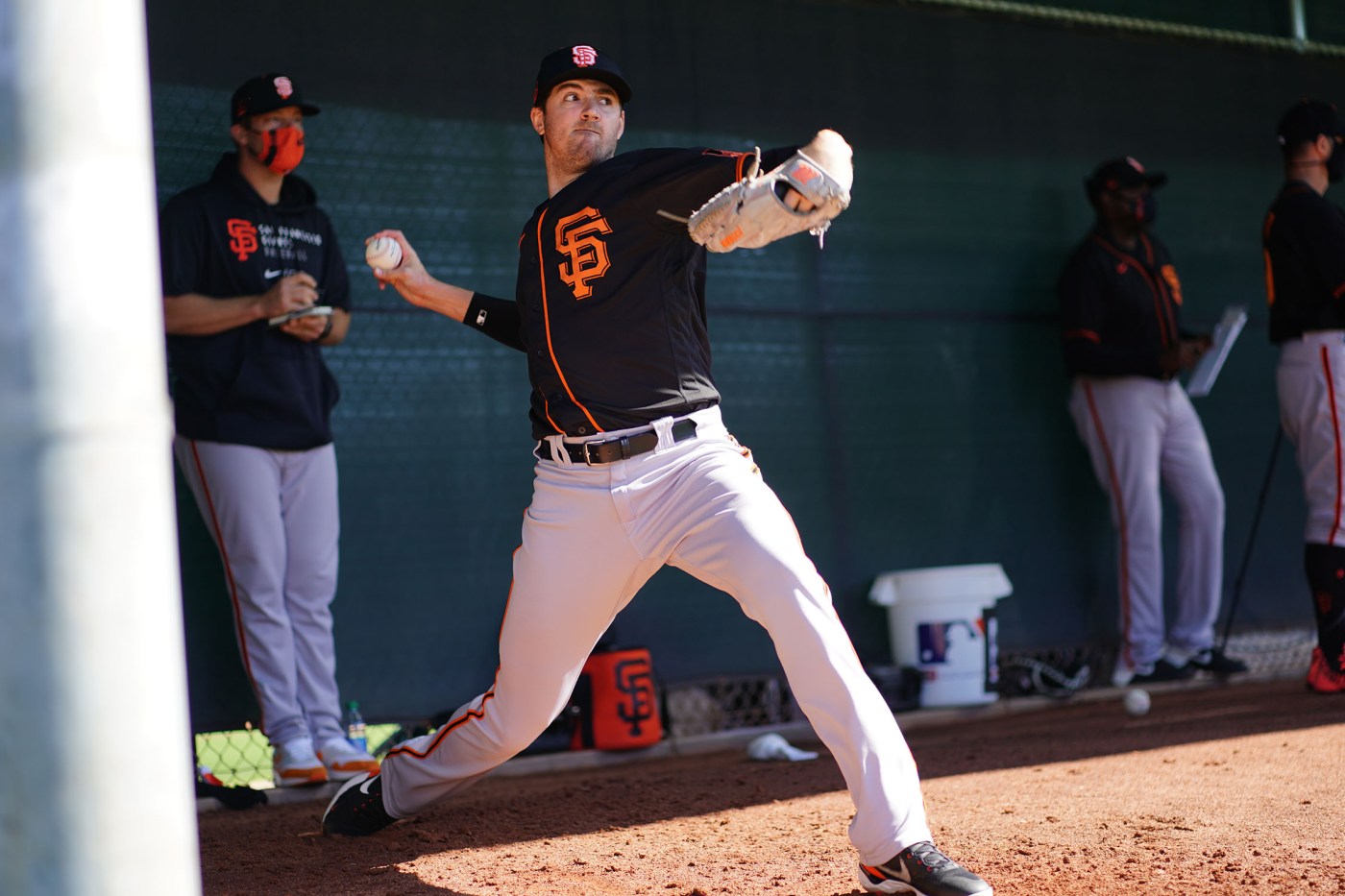 SCOTTSDALE, Ariz. — When Giants hitters Alex Dickerson and Evan Longoria stepped into the batter’s box at Scottsdale Stadium for the first time this spring, they were blown away.

With Cactus League play scheduled to start Sunday when the Giants host the Angels, the team held its first live batting practice of the spring Tuesday. When right-hander Kevin Gausman was on the mound, there wasn’t much batting and it certainly didn’t look like practice.

Gausman lit up the radar gun, touching 97 miles per hour with his fastball according to Longoria, who said acclimating to velocity is one of the most important aspects of spring training.

“If he was even half of Kevin Gausman, he would have been tough today,” Dickerson said. “He looked unbelievable. If he has any more in the tank than that, that’s crazy. He was locating, he was throwing hard, that wasn’t ideal.”

The veteran Giants hitters were realistic about their chances of making solid contact against Gausman, noting that pitchers are traditionally a step ahead of batters at the beginning of spring training. It’s not often, however, a pitcher looks as if he’s in midseason form.

“Wouldn’t mind if I didn’t have to face another guy throwing 97 until the middle of the spring,” Longoria said with a laugh.

The premium velocity might not even be the most impressive aspect of Gausman’s first live batting practice. The starter, who returned to the Giants after accepting a one-year, $18.9 million qualifying offer this offseason, didn’t use his best pitch.

Kapler said Gausman threw his fastball, slider and changeup, but didn’t need his splitter Tuesday. It’s the splitter that makes Gausman a potential Opening Day starter for the Giants, but early in the spring, he’ll work on improving the rest of his arsenal.

After leading the Giants’ rotation with a 3.62 ERA and 79 strikeouts in 59 1/3 innings last year, the organization believes even better days are ahead.

“Gausman also is just kind of looking like knows how good he is,” Kapler said. “And that’s a really good thing for us.”

New Giants infielder Tommy La Stella has only been in camp for a few days, but several teammates have already announced they’re big fans of his.

Giants outfielder Mike Yastrzemski said Monday he can’t wait to pick La Stella’s brain about hitting while Dickerson added Tuesday he’s eager to take advantage of the opportunity to hit behind the former Cubs, Angels and A’s infielder in the lineup.

“Even on his worst day, he’s still a pest for any pitcher out there,” Dickerson said. “You know you’re going to have a guy that’s going to wear out the pitcher.”