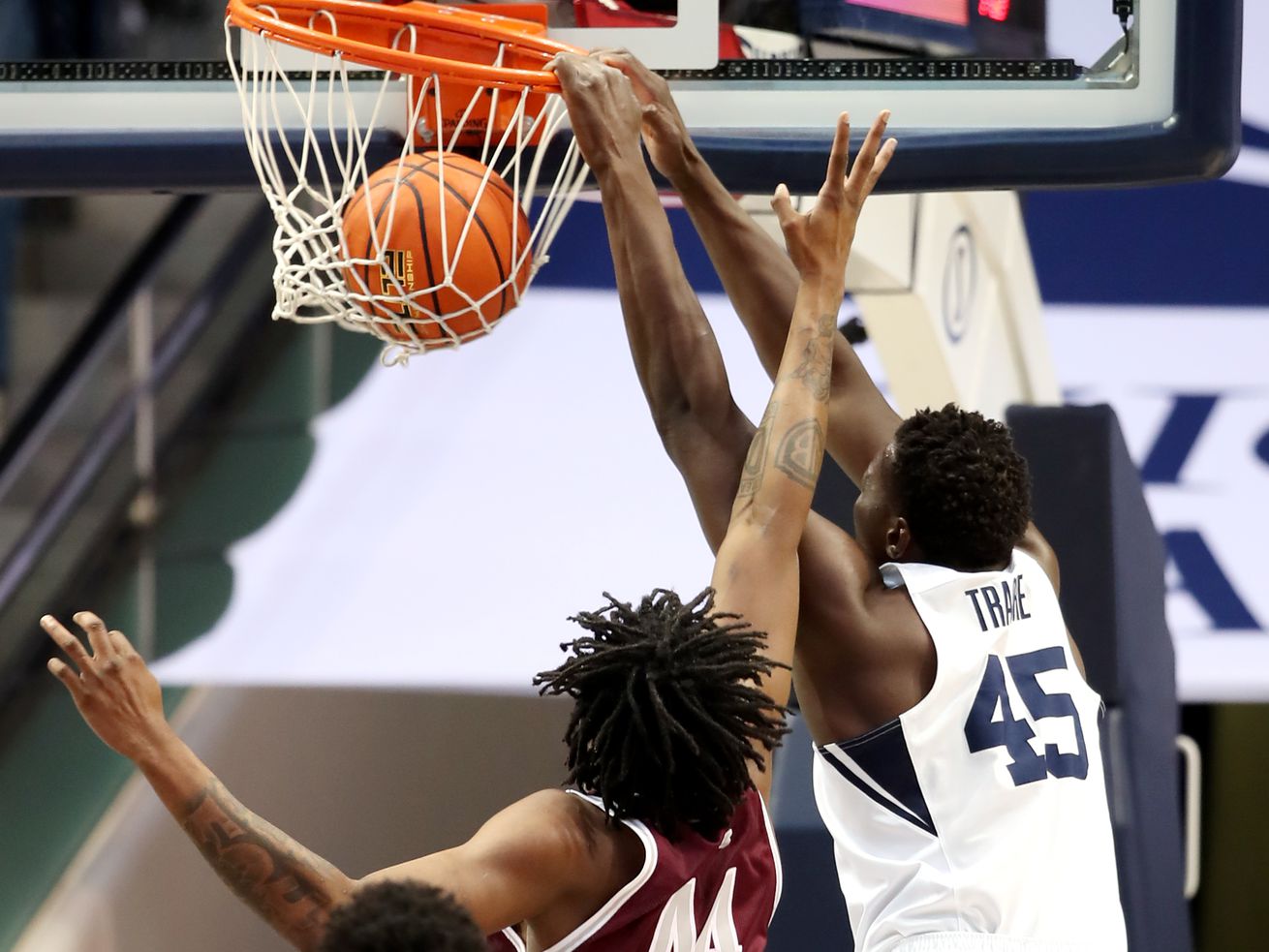 Here are three keys to the Cougars’ win:

Forward Gideon George grabbed a career-high 16 rebounds to go along with 10 points.
BYU had five players score in double figures, led by Te’Jon Lucas, who finished with a season-high 18 points and seven assists.
The Cougars shot just 39% overall, and 8 of 32 from 3, but they outrebounded Texas Southern 52-38 and scored 20 second-chance points.