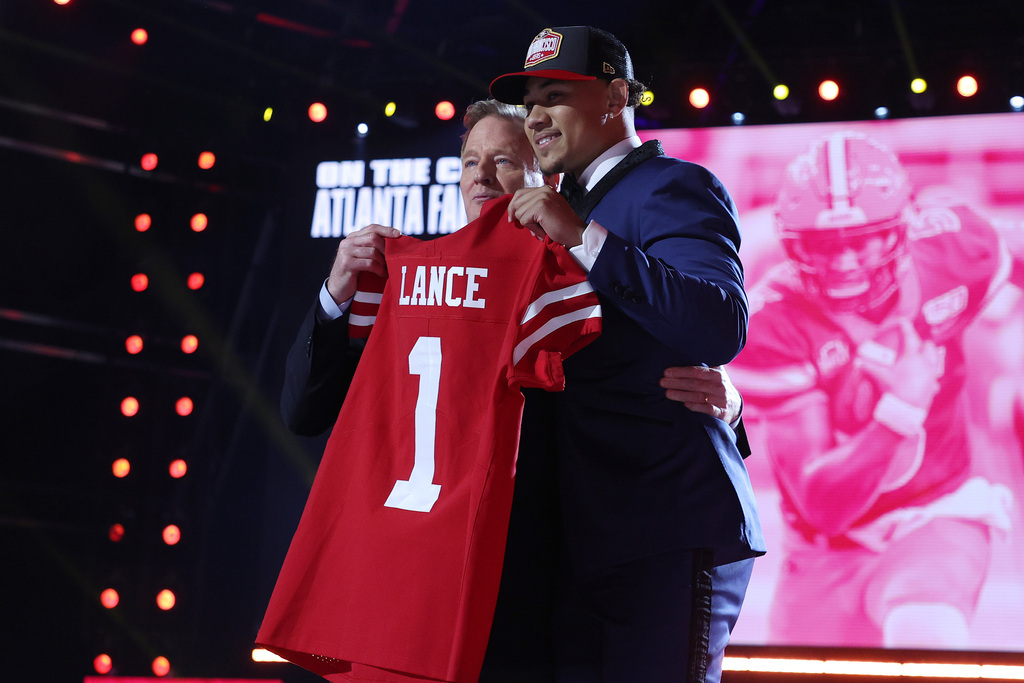 The 49ers seized the NFL Draft spotlight last week with so much mystery surrounding the No. 3 pick.

Next year should be different. Ditto for 2023.

The 49ers traded away their first-round picks the next two years, in order to jump from Nos. 12 to 3 and select quarterback Trey Lance.

The last time they did not select in the first round: 1996, having traded away that spot a year earlier to move and take J.J. Stokes No. 10 overall.

Interestingly, the 49ers’ top pick in that ’96 draft (defensive end Israel Ifeanyi) came after a trade with the Raiders that stood as the only deal between the franchises for 25 years until Friday, when the 49ers slid five spots and took guard Aaron Banks.

Now, the 49ers always could work their way back into the 2022 first round, perhaps by trading away a player, you know, like a quarterback whose market value reaches that stratosphere after a Super Bowl run with a rookie nipping at his cleats.

In case you’re wondering if the 49ers should have held out for a 2022 first-round quarterback than deal away so much this year, there is no consensus favorite the way Trevor Lawrence was this year. Quarterbacks on the way-too-early radar: Spencer Rattler (Oklahoma), Sam Howell (North Carolina), J.T. Daniels (Georgia), Desmond Ridder (Cincinnati), Kedon Slovis (USC), Tyler Shough (Oregon), Jayden Daniels (Arizona State) Carson Strong (Nevada), Matt Corral (Mississippi)  and Malik Willis (Liberty).

Third: Own pick (traded compensatory selection to Miami, having acquired it with the Jets hiring Robert Saleh.)

Shanahan: Trey Lance not in position yet to compete with 49ers’ starter Jimmy Garoppolo

49ers mailbag: Who else could mentor Trey Lance if Jimmy Garoppolo is foolishly traded?

Inside the 49ers: Emotions ride high in a draft that started with fast learner Trey Lance

Sixth: No pick (traded to Jets in 2020 for defensive end Jordan Willis)