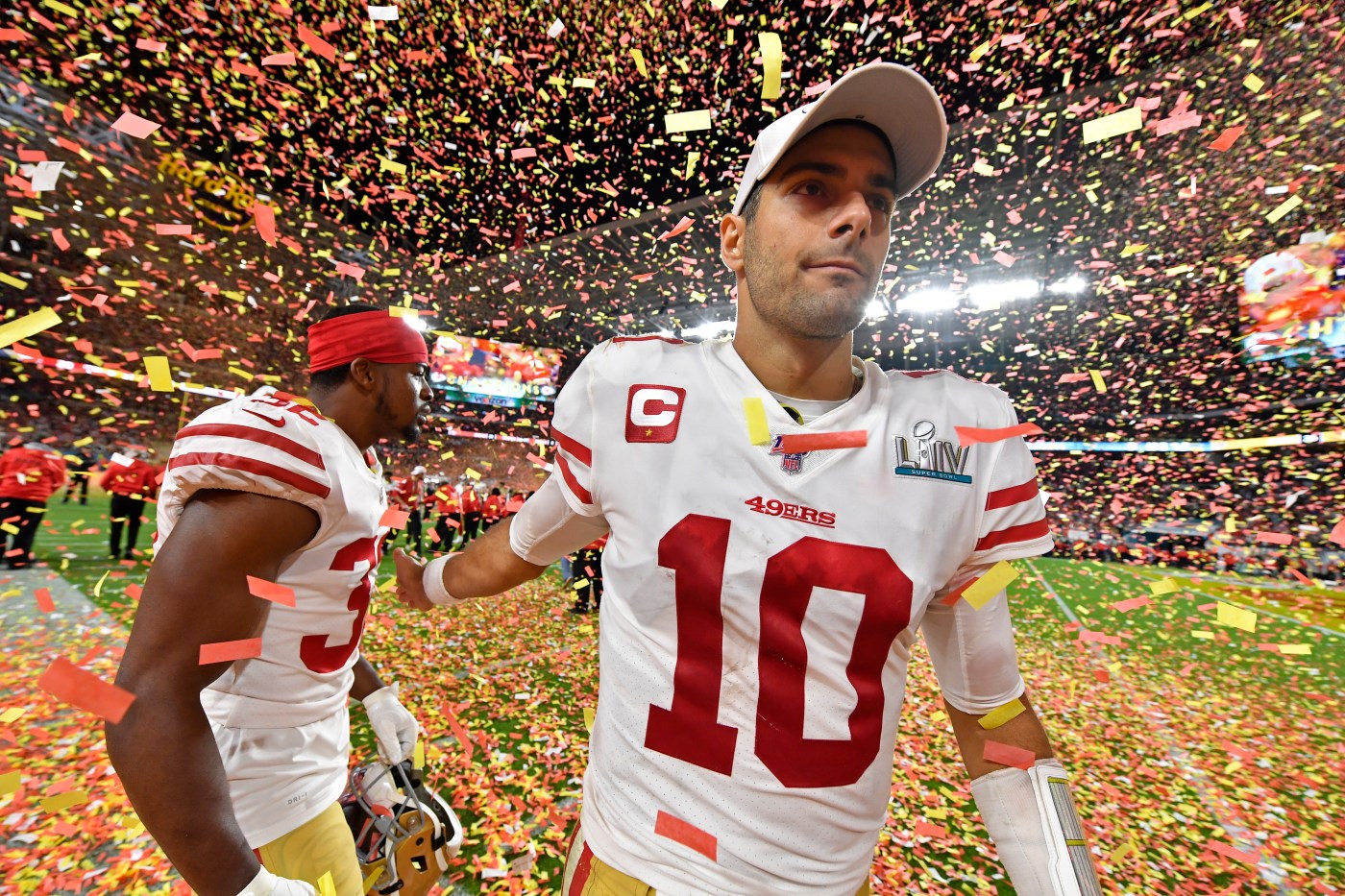 George Kittle, amid a crushing end to the 49ers’ Super Bowl defeat, vowed two years ago to get back to the playoffs.

That day has come.

A more daunting path than 2019 awaits them, however, if the 49ers (10-7) are to eventually play for their sixth Lombardi Trophy on Feb. 13 in Los Angeles.

As the NFC’s No. 6 seed, the 49ers essentially need to win three times on the road, similar to what Tom Brady and the Tampa Bay Buccaneers did last year as the Super Bowl’s seventh wild-card champion.

Up first is a visit to the No. 3-seed Dallas Cowboys (12-5) inside AT&T Stadium. Nearly 100,000 fans are expected, and while the home team wants a “white out” with the crowd’s attire, 49ers fans are sure to flock in red jerseys. Imagine: Candy Cane Lane.

“This time around is completely different than last time,” Kittle said. “Last time, we were No. 1 seed, sitting with a bye, getting our bodies right.

“Now we’re on the on road, guaranteed almost for the next three games, to get back to where we want to go. It’s a different mindset.”

“There’s no room for error or you’ll be sent home,” said Nick Bosa, who wept on the 49ers’ bench once they lost Super Bowl LIV to the Kansas City Chiefs, 31-20, in Miami.

The 49ers wouldn’t have made the playoffs if not for last Sunday’s comeback win over the Rams, improving their road record to 6-3 this season.

Of their Super Bowl 22 starters two years ago, 13 will be in this Sunday’s lineup, and, perhaps the most unexpected of them all is quarterback Jimmy Garoppolo, who’s fended off top draft pick Trey Lance and a Dec. 23 thumb sprain.

Olympic athletes urged by activists not to criticize China

Postseason goals were instilled immediately into any newcomers, such as Arden Key, who said: “That’s the culture around here: get to the big ’ship every year.”

Here are five ways to start the 49ers’ first championship run since their 1994 team knocked off the two-time reigning champion Cowboys en route to the Super Bowl:

It’s no secret: the 49ers want to win by running, otherwise it falls upon Garoppolo’s passing panache in the two-minute drill.

Two Januarys ago, they ran wild in playoff-opening wins over the Vikings (47 carries, 186 yards) and the Packers (42 carries, 285 yards).

“Run it again! Run it again!” Kittle bellowed to the 49ers’ sideline during their ground assault in the 27-10 rout of Minnesota.

Rather than rely on perimeter runs with their outside-zone scheme, the 49ers may want to power up the middle against a Dallas defense that’s allowing 4.47 yards per carry (23rd in NFL).

Rookie Elijah Mitchell is averaging 4.7 yards per carry, and while his 963 yards in just 11 games is impressive, he hasn’t fumbled in 207 career carries entering his first postseason. Spelling him with offensive catalyst Deebo Samuel is no longer a novelty, and Samuel’s ability to turn the corner with his bullish style has the Cowboys on high alert.