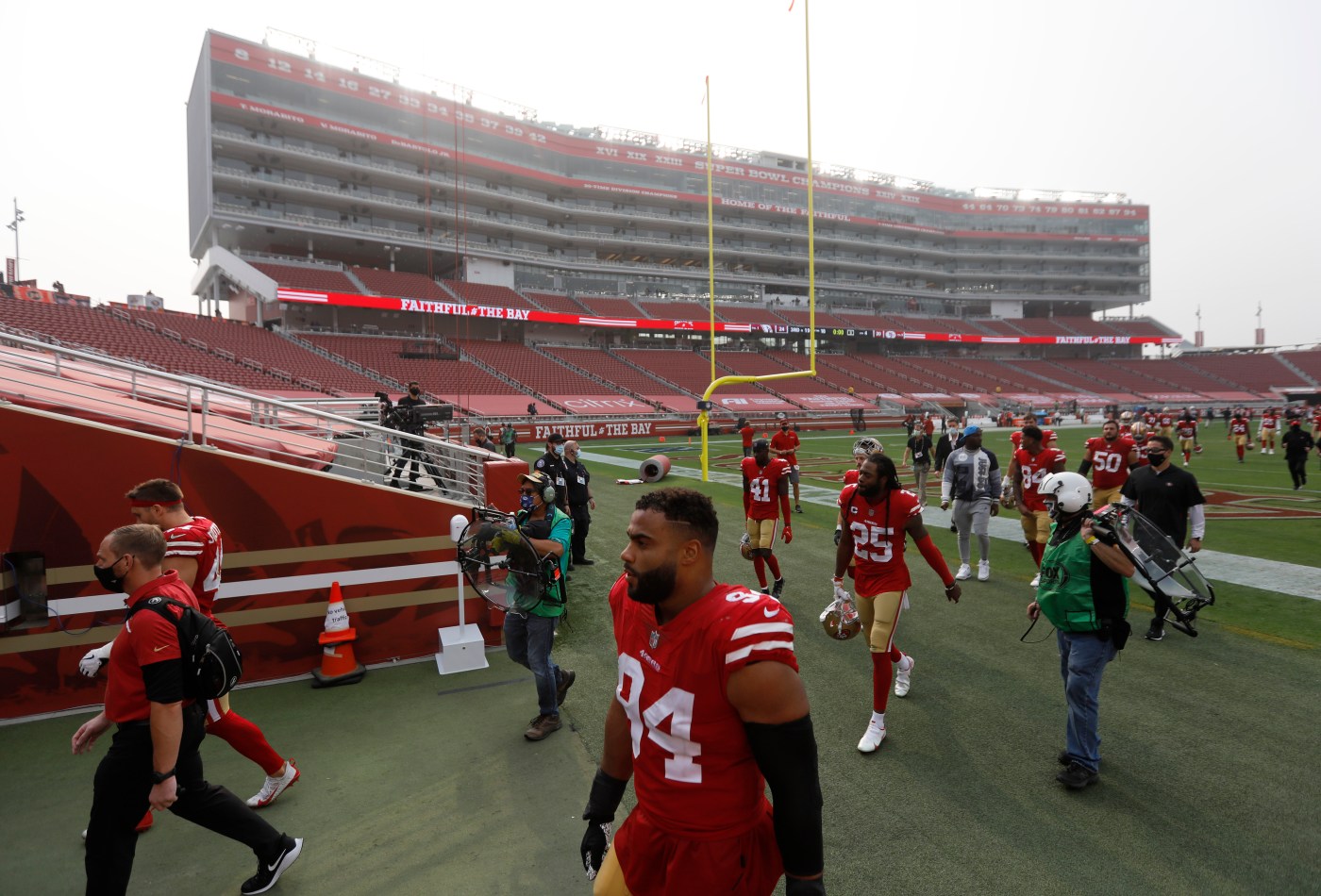 SANTA CLARA — This was no way to start a “Revenge Tour” for last Super Bowl’s sinful ending.

This, instead, was a familiar look, from that fourth-quarter meltdown in Miami to the 49ers’ non-playoff seasons that preceded their 2019 uprising.

Sunday’s 24-20 upset loss to the Arizona Cardinals made for a humbling season opener. Whether the 49ers needed that wake-up call or not, it arrived in cruel fashion.

Here are three ways this defeat will impact their championship aspirations:

Here comes more talk about the NFL’s annual “Super Bowl hangover.” The 49ers’ confidence, however, seems unshaken, and that is a necessary sign.

The 49ers can not let a one-game loss snowball into, well, look at how last season’s opening-win sparked an 8-0 start. No, this team is not headed for an extended losing streak like the 0-9 debut of coach Kyle Shanahan in 2017.

“We are not too shaken up about this,” defensive end Nick Bosa said. “We know what we’re capable of doing and we’ll come back strong.”

Added linebacker Fred Warner: “There are simple things we need to fix to execute at a higher lever.”

Jimmy Garoppolo opened his press conference trying to pitch the positives, and he turned to the running game and offensive front, even though neither truly was great. Hey, if he can stay positive and avoid depression, take that for a Week 2 rebound.

Without wide receiver Deebo Samuel (injured reserve through Week 3) and Brandon Aiyuk (inactive for his first NFL game), the 49ers certainly were not at full strength, and they can only hope they’ve averted disaster if tight end George Kittle’s left leg indeed escaped serious damage from a Budda Baker collision before halftime.

Kendrick Bourne and Dante Pettis were the 49ers’ default starters at wide receiver, but they’ve taken first-string reps much of the past month, and no matter how much the 49ers respect them, opponents certainly don’t. Hence, they could focus on Kittle. They could force Garoppolo to target others, such as tight end Jordan Reed, fullback Kyle Juszczyk and running backs Raheem Mostert, Jerick McKinnon and Tevin Coleman.

Simply, the 49ers are facing a crisis at wide receiver, something they addressed last season by trading for Emmanuel Sanders in October. With Richie James sustaining a hamstring injury and Trent Taylor unable to provide late-game magic, the 49ers may again have to turn to outside help.

Now that Week 1 is out of the way, they can hire a veteran without guaranteeing his contract, such as Mohammad Sanu, who helped Shanahan’s 2016 offense with the Atlanta Falcons.

This was not the 2019 defensive front, and it was not just because DeForest Buckner is now on the Indianapolis Colts’ generous payroll.

Nick Bosa whiffed on a couple near sacks of Kyler Murray. Dee Ford, Arik Armstead, Solomon Thomas and the other linemen were non-factors. Credit Murray for that, not the 49ers’ efforts.

“We were playing him well in the run,” Bosa claimed. “But it’s tough. He just finds those gaps to run through, and in the pass game …read more