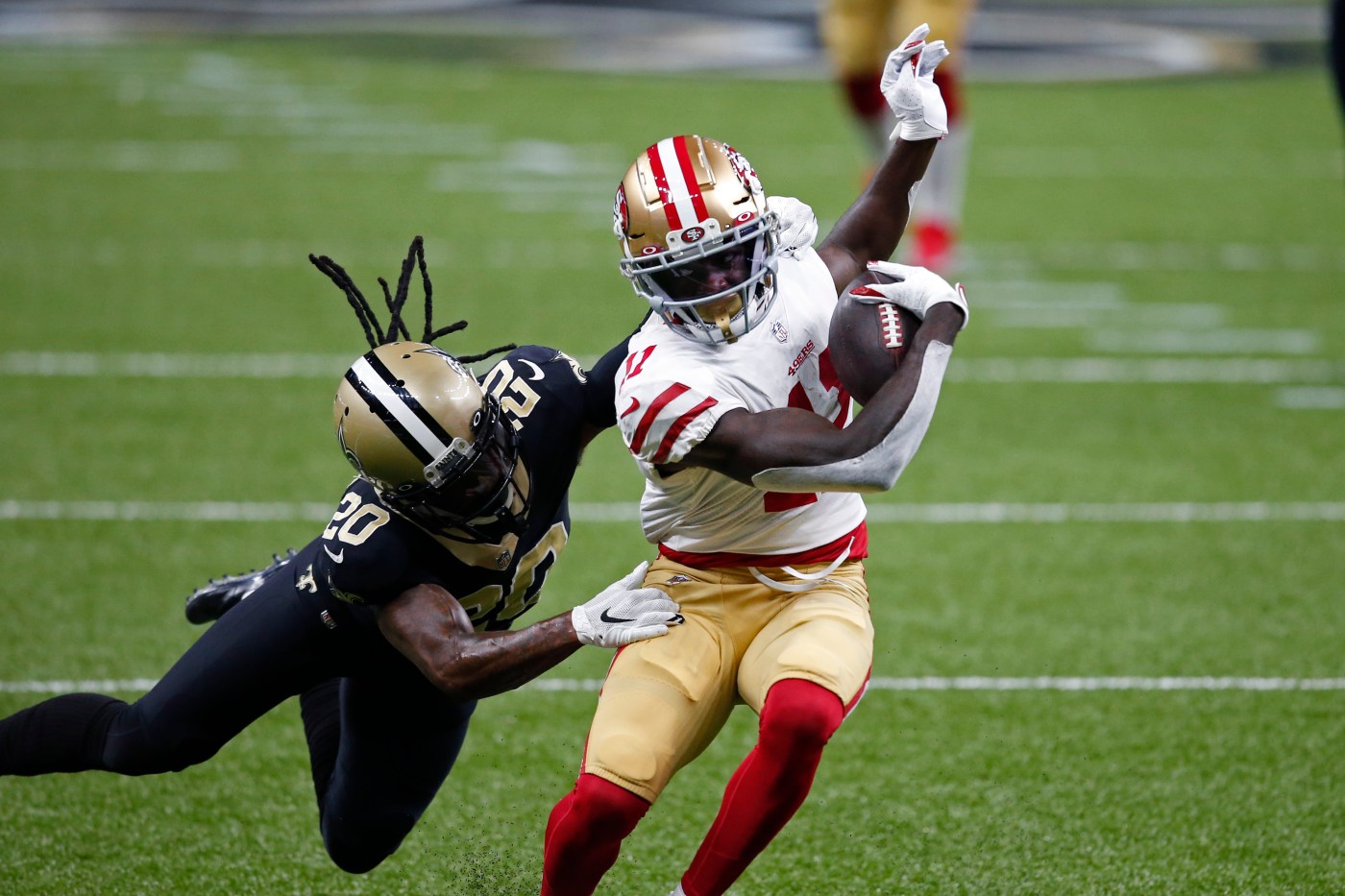 The 49ers on Friday placed receiver Brandon Aiyuk, tight end Daniel Helm and tackle Trent Williams on the Reserve/Covid-19 List, bringing the amount of San Francisco players who have had to spend time in isolation this week to seven.

Earlier this week, the 49ers’ bye week, defensive linemen Arik Armstead and Javon Kinlaw were both placed on the 49ers’ COVID-19 reserve list. Center Hroniss Grasu and linebacker Joe Walker joined them on the list Thursday.

It is unclear if Aiyuk, Helm or Williams any actually tested positive or if they were close contacts of someone who did. The 49ers are prevented from revealing that information.

If the players on reserve now are not positive, complete their five-day isolation period and test negative throughout, they should be available next Sunday against the Los Angeles Rams. If one of them is positive, he will face a more rigorous path to returning to play.

This isn’t the first time Aiyuk and Williams have been on the COVID-19 reserve list.

Aiyuk and Williams, along with Deebo Samuel, were placed on the COVID-19 reserve list more than two weeks ago after they were deemed to have been in close contact with wide receiver Kendrick Bourne, who was flagged for a positive test on Nov. 4. Aiyuk and Williams were cleared to return after Bourne received negative results in the two days that followed, allowing him to be activated.

However, Bourne was placed him back on the reserve/COVID-19 list on Nov. 9 after he tested positive again. That positive test was followed by multiple negative results, and Bourne returned to the team.

McKinley, a Kennedy High-Richmond graduate, had joined the 49ers on Wednesday a day after he failed a Cincinnati Bengals physical for an undisclosed issue and reverted to the waiver wire.

Two weeks ago, McKinley tweeted his dismay that the Atlanta Falcons had declined trade offers for him not only this year but last year, when he initially requested a trade.

Biden calls for another round of COVID relief this year

Kristof: On school openings, Trump was right and many Democrats wrong

McKinley has 17 1/2 career sacks, with only one coming this season as he played in only …read more