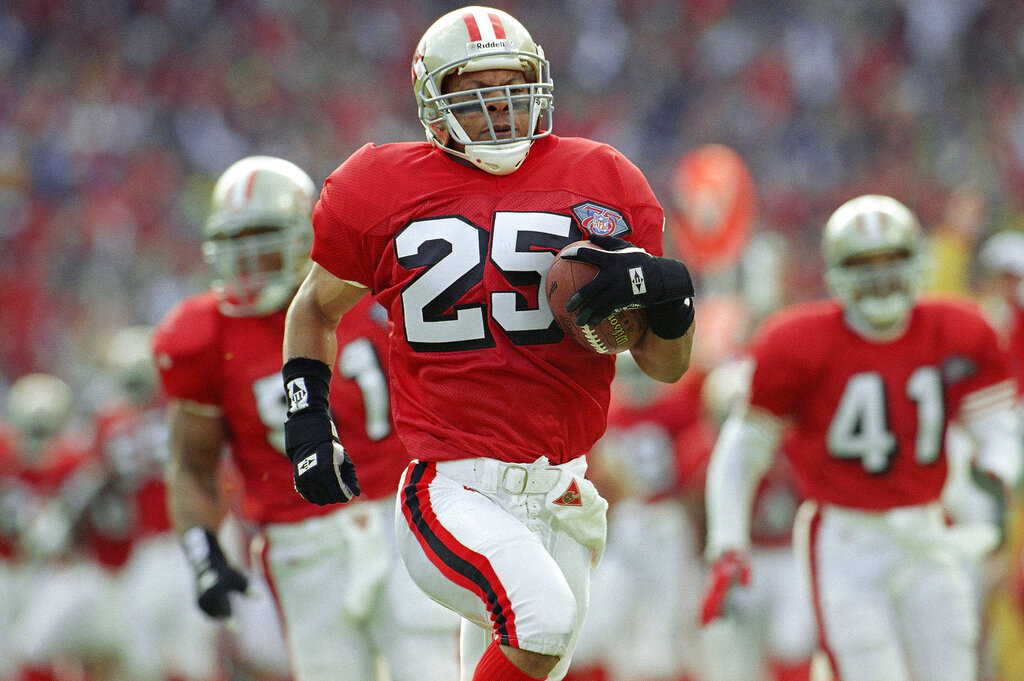 Come stroll the Memory Lane that eventually leads to AT&T Stadium, where the 49ers-Cowboys rivalry resumes Sunday with playoff intensity:

— Hey, there’s Eddie DeBartolo emailing his nephew, Jed York, with a midweek battle cry to beat the Cowboys, using colorful words that exude the white-hot passion from DeBartolo’s ownership years, especially when this rivalry thrived from 1981-1997.

— Look, history is oozing from film of the 1981 team’s NFC Championship Game as it’s shown in Thursday’s team meeting, not only to replay “The Catch,” but to remind this generation of the 49ers defense’s ensuing heroics that clinched their first Super Bowl berth.

— Steve Young is texting back, not to gloat about his 1994 NFC Championship victory lap, but to friendly relay: “You know I throw up in my mouth every time I have to revisit ’92.”

— On the radio, Tom Rathman can’t hide his 49ers’ loyalty and is declaring: “I think they’re going to kick the (crap) out of them.”

— Kyle Shanahan is happily detouring his Zoom press conference and recalling his middle-school days, when his dad, Mike, was the 49ers’ offensive coordinator for those 1992-94 bouts with Dallas, when “that was such cool football because everyone knew that for those three NFC championships, those three years were the Super Bowl.”

As if that’s not enough to stoke another 49ers-Cowboys bonfire, let’s reintroduce you to an overlooked hero from their last playoff meeting against the Cowboys, that 1994 team’s 38-28, NFC Championship win at Candlestick Park.

“Nobody can tell the story of the 49ers without including me,” Davis said in a phone interview this week with this news organization.

No, he isn’t one of the 10 Pro Football Hall of Famers from that game, a win that catapulted Young out of Joe Montana’s shadow.

“I made the first play and the last play to get us to the Super Bowl,” he added.

Actually, before his game-opening pick-six and late-game tackle, Davis’ memory lane traces to training camp in Rocklin. He and his fellow defensive backs were having post-practice beers at the Hacienda when they eyeballed their schedule. Dallas was on it for Nov. 13, and everyone knew an inevitable rematch for the NFC Championship would dictate whether the 49ers could, in Davis’ word, “take” the Super Bowl crown from the two-time reigning champion Cowboys.

In the days leading up to that NFC Championship Game, Davis and safety Tim McDonald would arrive at 6 a.m. at the team’s Santa Clara headquarters. They scoured film, of every Cowboys’ snap, from the preseason into the playoffs.

Davis discovered something: Whenever the Cowboys had the opening possession, if they got to third down and needed 6 to 8 yards, “a particular play” would ensue.

“There’s always been analytics in football. I called it film study,” Davis said.

Sure enough, on third-and-8, Davis intercepted a Troy Aikman pass and returned it 44 yards for a 7-0 lead, only 1:02 into the breakthrough win. Davis had to disguise …read more