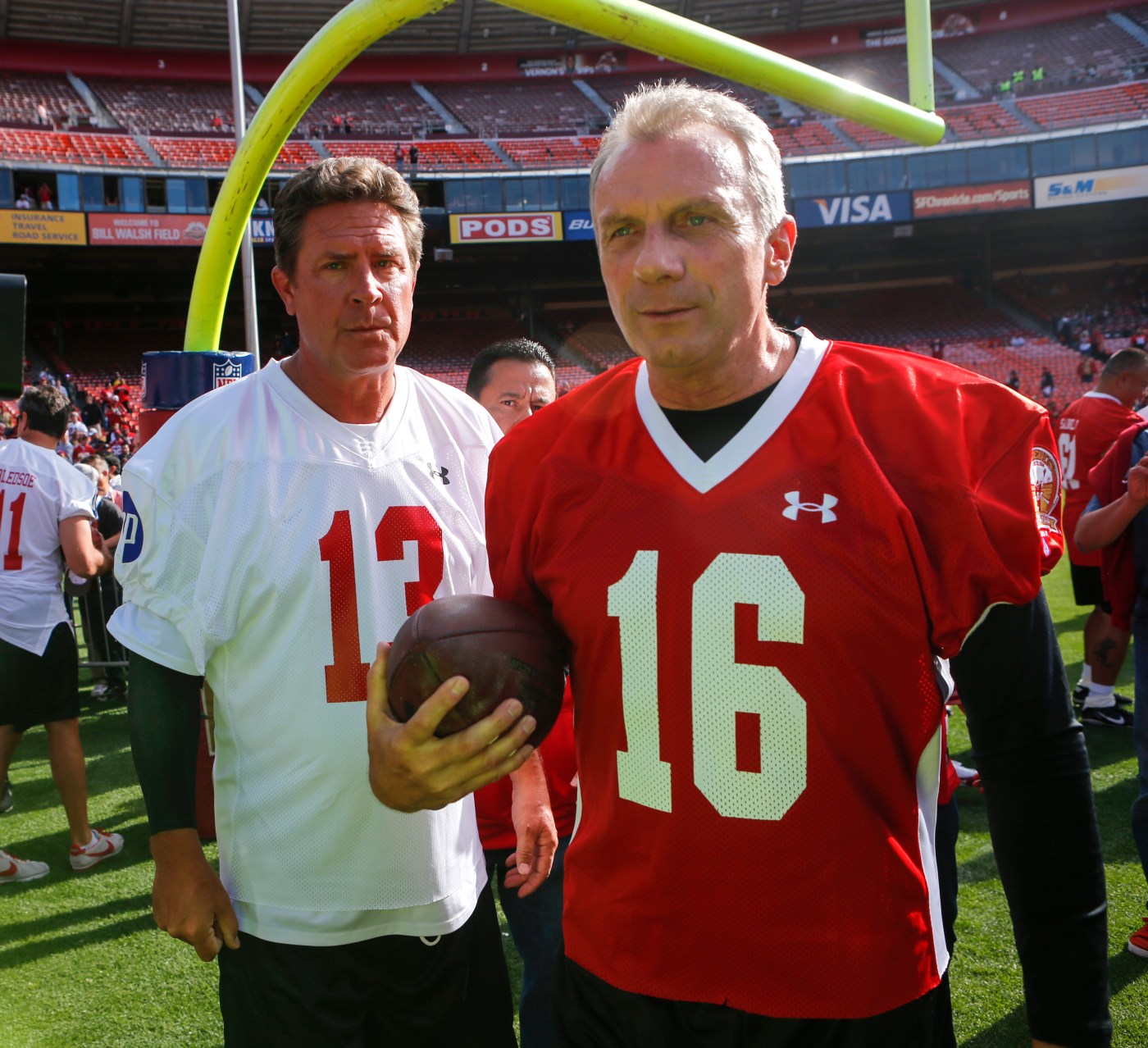 Dan Marino never delivered on his vow from more than 35 years ago to buy Joe Montana a drink. Now, 49ers fans may be the ones getting a free round of drinks, thanks to Pepsi stepping in to make things right.

If the 49ers can beat the Dolphins at Levi’s Stadium Sunday, fans across the Bay Area will each receive a free 20-ounce bottle of Diet Pepsi.

(Sorry for those expecting a real complimentary drink.)

The two Hall of Fame quarterbacks were featured in a post Super Bowl commercial way back in 1985 when Montana and the 49ers beat Marino’s Dolphins XIX at Stanford. In Pepsi’s vintage ad, Marino congratulated Montana for beating Miami 38-16 and, Joe, being the gracious winner, bought his adversary a Diet Pepsi.

“Joe. Next year, I’m buying,” Marino promised in the ad. Of course, Marino and the Dolphins never did return to the Super Bowl. And apparently Joe never did get that reciprocal Diet Pepsi.

Hey @JoeMontana, looks like he’s MIA, but we’re here to settle the score. We have a Diet Pepsi with your name on it – and a 20 oz bottle of Diet Pepsi for @49ers fans in San Francisco if the team gets the W this weekend. Details to come after the Win! https://t.co/aqhE6qqGdY

Pepsi said it’s sending one Montana’s way, but it’s up to Joe’s old team to do its part and beat Miami again to ensure 49ers fans get their drink. Pepsi said it would release details on how fans can pick up that free Diet Pepsi if the 49ers can beat the Dolphins Sunday.

If the Dolphins upset the 49ers, many 49ers fans will be needing something much stronger than a diet drink.