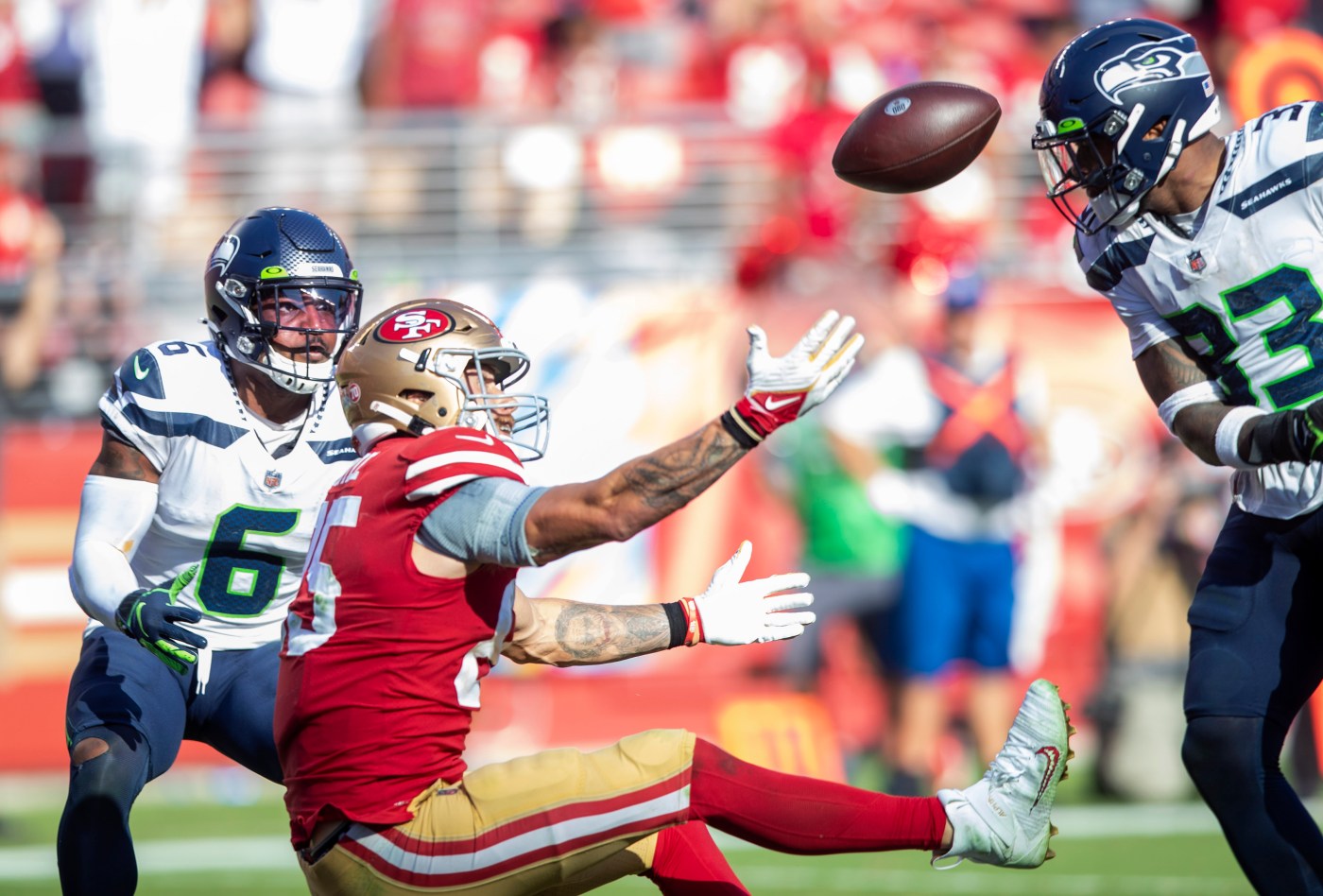 GLENDALE, Ariz. — Tight end George Kittle is not only out for the 49ers’ game Sunday, he will miss at least their next three games after being placed on injured reserve Saturday.

Kittle did not practice this past week, and he missed most of last week’s sessions before gutting through Sunday’s loss to Seattle.

Tight end Tanner Hudson was elevated from the practice squad fo complement a unit that also includes Ross Dwelley and Charlie Woerner, that latter pair having filled in last season while Kittle missed eight games with foot and knee injuries.

Kittle had been listed Friday as doubtful for Sunday’s game, in which the 49ers’ Trey Lance will make his starting debut in place of an injured Jimmy Garoppolo.

Also up from the practice squad are quarterback Nate Sudfeld and wide receiver Travis Benjamin.

Sudfeld earned scout-team player-of-the-week honors for his most extensive action on the practice field since signing as a free agent in March.

Sudfeld played 69 snaps the past three seasons as a Philadelphia Eagles reserve. The Modesto native was a 2016 sixth-round draft pick by Washington, out of the University of Indiana.

Lance, after replacing Garoppolo at halftime of Sunday’s loss to Seattle, will be making his first career start. He was drafted No. 3 overall out of North Dakota State and will be the sixth rookie quarterback to start in the NFL this season, the others being Trevor Lawrence (Jaguars), Zach Wilson (Jets), Justin Fields (Bears), Mac Jones (Patriots) and Davis Mills (Texans).

Another round of conference realignment is reportedly on the way