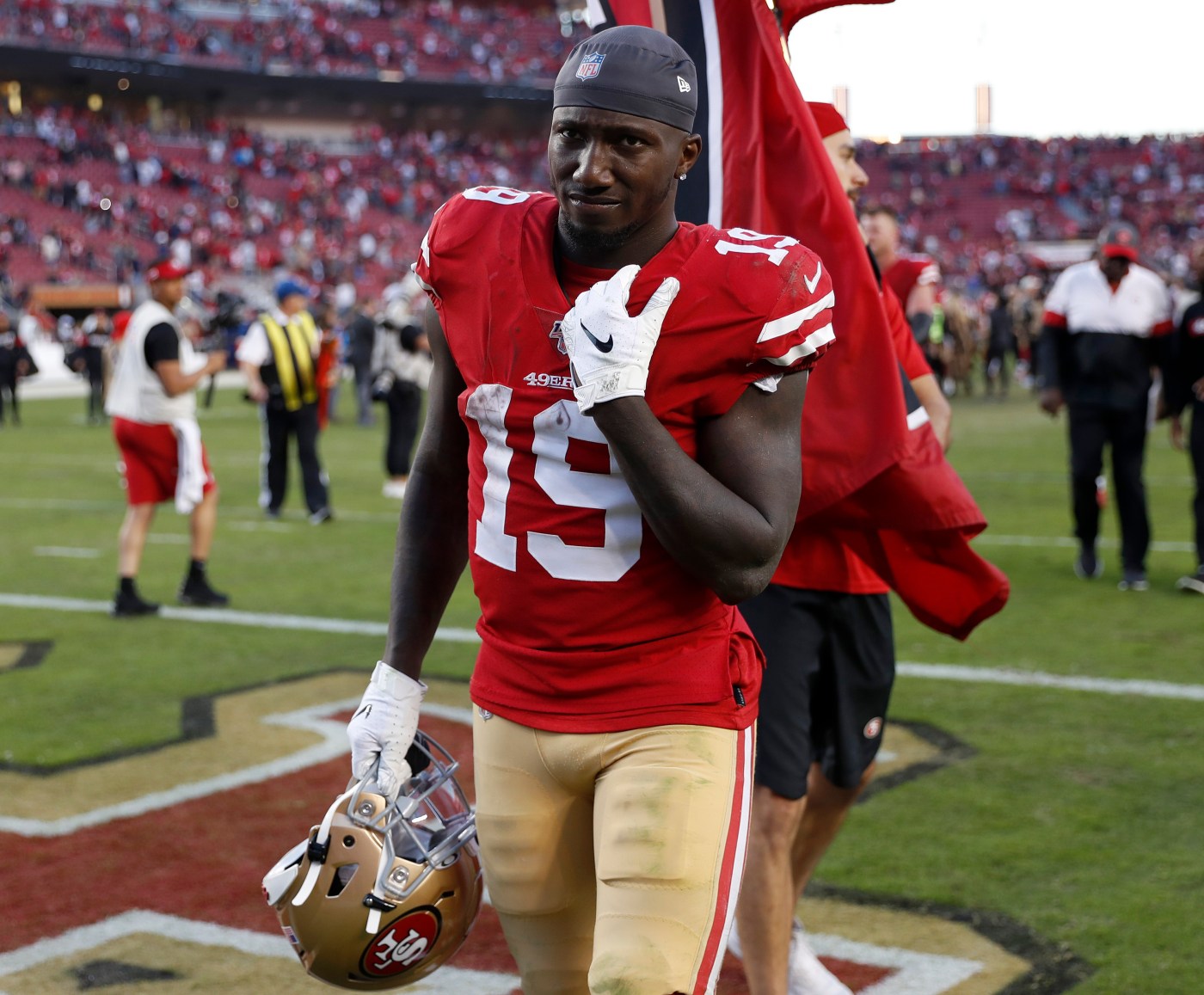 Samuel got ruled out Friday and has been sidelined since an Oct. 25 hamstring injury late in the 49ers’ last win, at New England.

Like Samuel, the 49ers are waiting until after next week’s bye to bring cornerback Richard Sherman, who resumed practicing this week and looked solid as he recovers from a calf injury that’s kept him out since the opener.

The wide receiver group will welcome back Kendrick Bourne. He came off the NFL’s COVID-19 reserve list for a second straight Friday and figures to play a lot along with Brandon Aiyuk and Richie James.

The 49ers’ backup receivers, River Cracraft (quadriceps) and Trent Taylor (back), are questionable after each missed a practice this week.

As Mullens starts for the third time this season in place of an injured Jimmy Garoppolo, his running backs will be Jerick McKinnon, JaMycal Hasty and Austin Walter, with fullback Kyle Juszczyk also lurking for potential carries and receptions.

Tight end Jordan Reed was a full participant in practice all week. He had just a 3-yard catch and played 13 of 57 snaps in last week’s 34-17 loss to the Green Bay Packers. Reed likely will see more action with fellow tight ends Ross Dwelley and Charlie Woerner as the 49ers try to get by without George Kittle (injured reserve; foot) for the fourth game this season.

49ers at Saints: Three keys to upsetting the Saints for playoffs’ sake