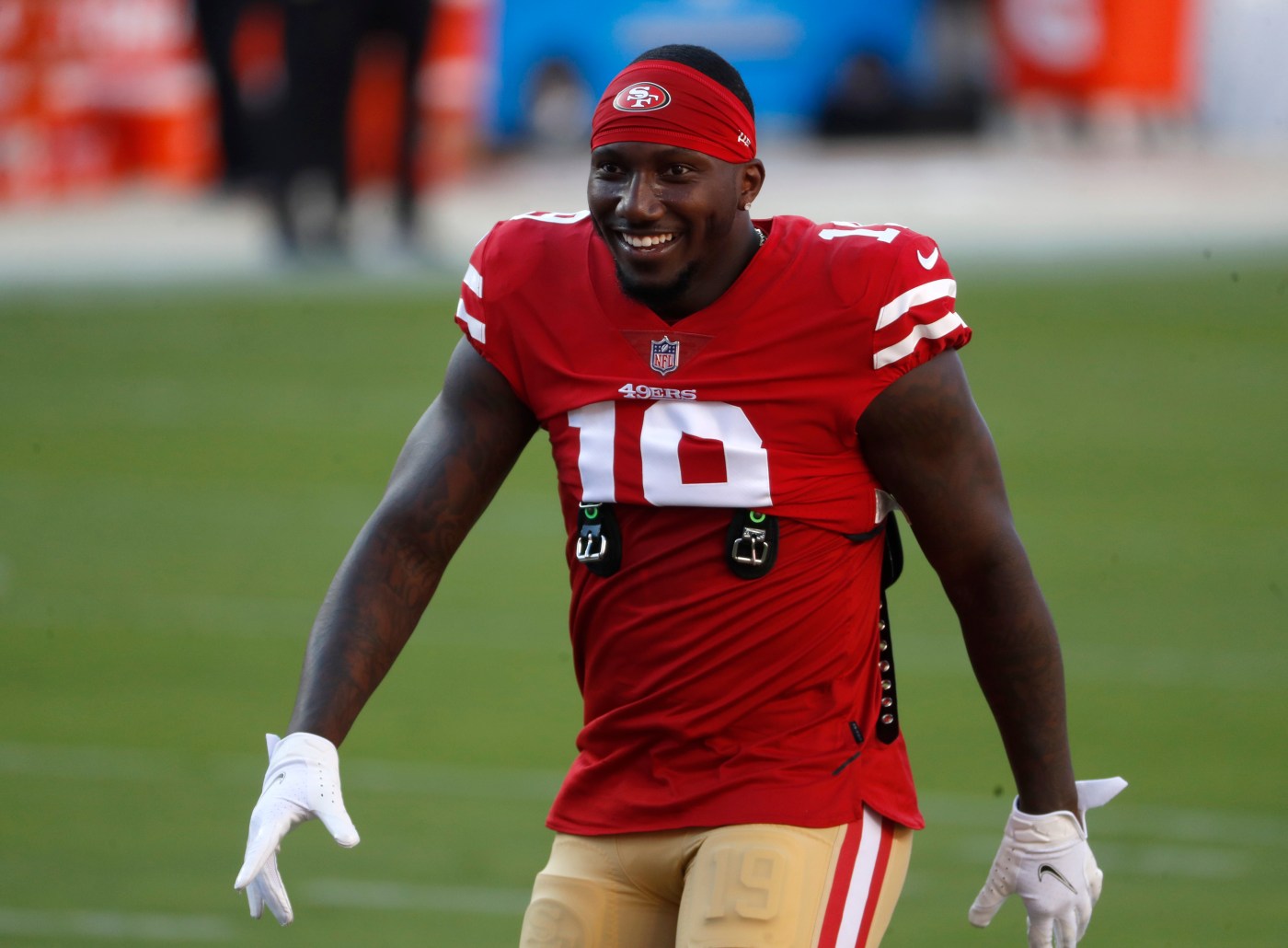 Running back Raheem Mostert, wide receiver Deebo Samuel and cornerback Richard Sherman are the most notable players who could return from multi-game absences.

This team is filled with wounded players, however, and here is a running list on all their status, by position:

Jimmy Garoppolo (right ankle): He’s been off his high ankle sprain since worsening it Nov. 1 in Seattle. Because he did not undergo “tightrope” surgery, that enhances his comeback bid for the final games, but only if the 49ers’ playoff hopes are alive. His replacement remains Nick Mullens, who did sustain a quadriceps injury Sunday at New Orleans but should be fine to face the Rams. A six-week rehab puts Garoppolo’s potential return Dec. 13 against Washington (and vs. 2020 Comeback Player of the Year favorite Alex Smith).

Raheem Mostert (ankle): He should come off Injured Reserve after missing the pas four games with a high ankle sprain. Would you believe he remains the 49ers’ leading rusher (303 yards on 51 carries, one touchdown) even though he didn’t finish two of the four games he’s played?

Tevin Coleman (knee): He might come back against the Rams for his first action since aggravating a knee sprain Nov. 1. He has just 21 carries (50 yards) in three games, all because of a Week 2 knee injury at MetLife Stadium.

Jeff Wilson Jr. (ankle): The 49ers haven’t won since he endured a high ankle sprain rushing for his third touchdown at New England. Eligible to come off injured reserve, the 49ers likely will wait until Dec. 7, when they host the Buffalo Bills on “Monday Night Football.”

JaMycal Hasty (collar bone): This undrafted rookie’s hot-then-cold season (148 yards) is over because of a fractured collar bone Sunday in New Orleans. He went on Injured Reserve on Tuesday. His average of 3.8 yards per carry is the same as Jerick McKinnon’s.

Jerick McKinnon (stinger): He sustained a nerve stinger in his neck/shoulder Sunday but was not listed on coach Kyle Shanahan’s injury report Tuesday so he should be fine.

Deebo Samuel (hamstring): He has not practiced since a hamstring injury Nov. 8 at New England but the 49ers wanted to slow-play his return with a target date of the Rams’ game. He is not on Injured Reserve; he started the season on it for three games, and going on it again would end his season because he used his short-term IR eligibility.

Jauan Jennings (hamstring): He went on the practice squad’s IR list Oct. 24. He is eligible to return but there’s been no mention of it or a potential promotion.

George Kittle (foot): A fractured cuboid bone initially was feared as a season-ending injury. That still may be the case, especially if the 49ers’ playoff hopes further dim. He remains the 49ers’ leading receiver (474 yards on 37 catches; two touchdowns).despite …read more