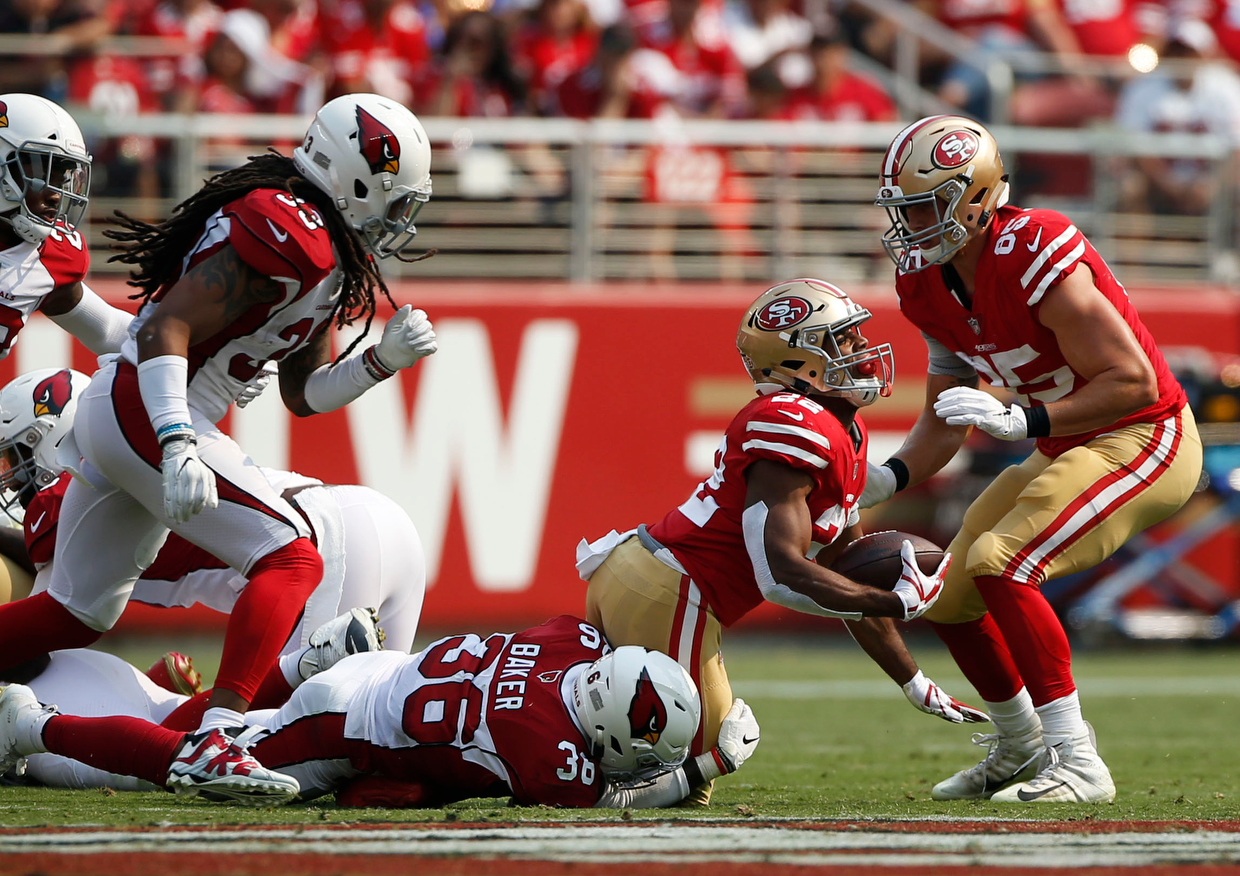 The San Francisco 49ers are denouncing a series of racist messages sent from an apparent fan of the team to Cardinals safety Budda Baker during Sunday’s game.

The Niners announced Tuesday that they are investigating the situation to identify the fan, who will be banned from all team games and events.

Baker tweeted a screenshot of the message Monday afternoon, saying “Im all good with opposing fans talking trash. But This right here man… All you can do is pray for ppl like this.”

“Incidents like this demonstrate how much work remains to be done to address racism and hate in our society,” the 49ers’ Tuesday statement read. “We remain steadfast in our commitment to that work.”

The message accused Baker of trying to “go after the knees” in response to his hit on a leaping George Kittle, which forced the 49ers’ star tight end to head to the locker room before halftime.

The Deets: 3 encouraging signs for 49ers fans from Week 1 loss to Cardinals

Focus on New York Jets: Why 49ers may see a lot of Frank Gore

No penalty was called on the play and Baker’s hit was a textbook-style tackle, but with Kittle just landing after jumping for a pass, his knee appeared to hyperextend.

In an Instagram post, Bruce Kittle wrote: “There are no words to express the shame and embarrassment I feel because of this post. George and Budda are intense rivals, as are the Niners and Cardinals. But we stand in total solidarity with him in denouncing this outrageous and despicable racist outburst. This is not who Niner fans are and we offer our deepest apologies to Budda, his family and the Cardinals organization. It is though a recognition of what we all know to be true, and that there is still much work yet to do. But we are committed to UNITED efforts to end racism and discrimination in all forms. All of us are better than this. Let us come together to end racism now.”

George Kittle was among the 49ers who wore pregame T-shirts that read “End Racism” on the back.

The NFL has worked to show a greater degree of solidarity against racism this season in the wake of the police killings of George Floyd, Breonna Taylor and others this offseason — and the protests …read more