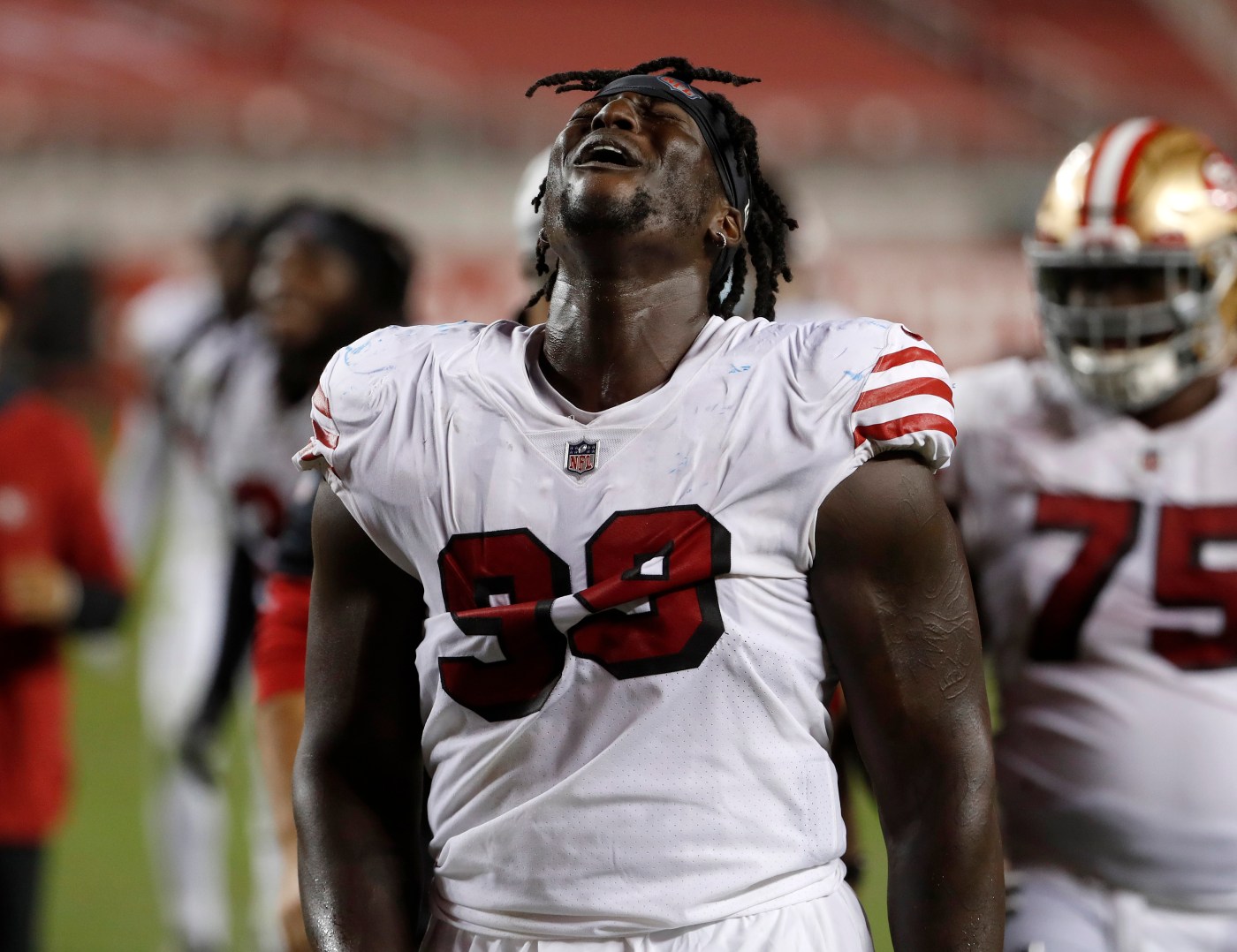 SANTA CLARA — As the NFL orders all teams into intensive precautions, the 49ers added rookie Javon Kinlaw onto the COVID-19 reserve list, two days after fellow defensive lineman Arik Armstead went on it.

It’s not immediately known if Kinlaw tested positive or was added on that list as a high-risk contact of Armstead’s. Both started in Sunday’s 27-13 loss at New Orleans.

The 49ers were under the NFL’s “intensive COVID-19 protocol” last week, and while that would have resumed this week with Armstead’s initial status, this is the bye week so virtual meetings were on the schedule, anyhow.

Coach Kyle Shanahan said Tuesday he delayed players’ workouts until Friday and Saturday. Those will be with strength and conditioning coaches rather than full-fledged practices.

The 49ers (4-6) next play Nov. 29 at the Los Angeles Rams, giving Armstead and Kinlaw enough time in the event they enter a 10-day isolation period and emerge cleared after negative tests.

Earlier this month, the 49ers became immersed in COVID-19 confusion amid two positive tests for wide receiver Kendrick Bourne, who had to miss their Nov. 5 loss against Green Bay, as did high-risk contacts Brandon Aiyuk, Trent Williams and an injured Deebo Samuel.

Pro Bowl ballot submitted by 49ers is a stunner

49ers’ Shanahan ‘expects’ Garoppolo to start in 2021, hopes he returns ‘for a reason’ this year