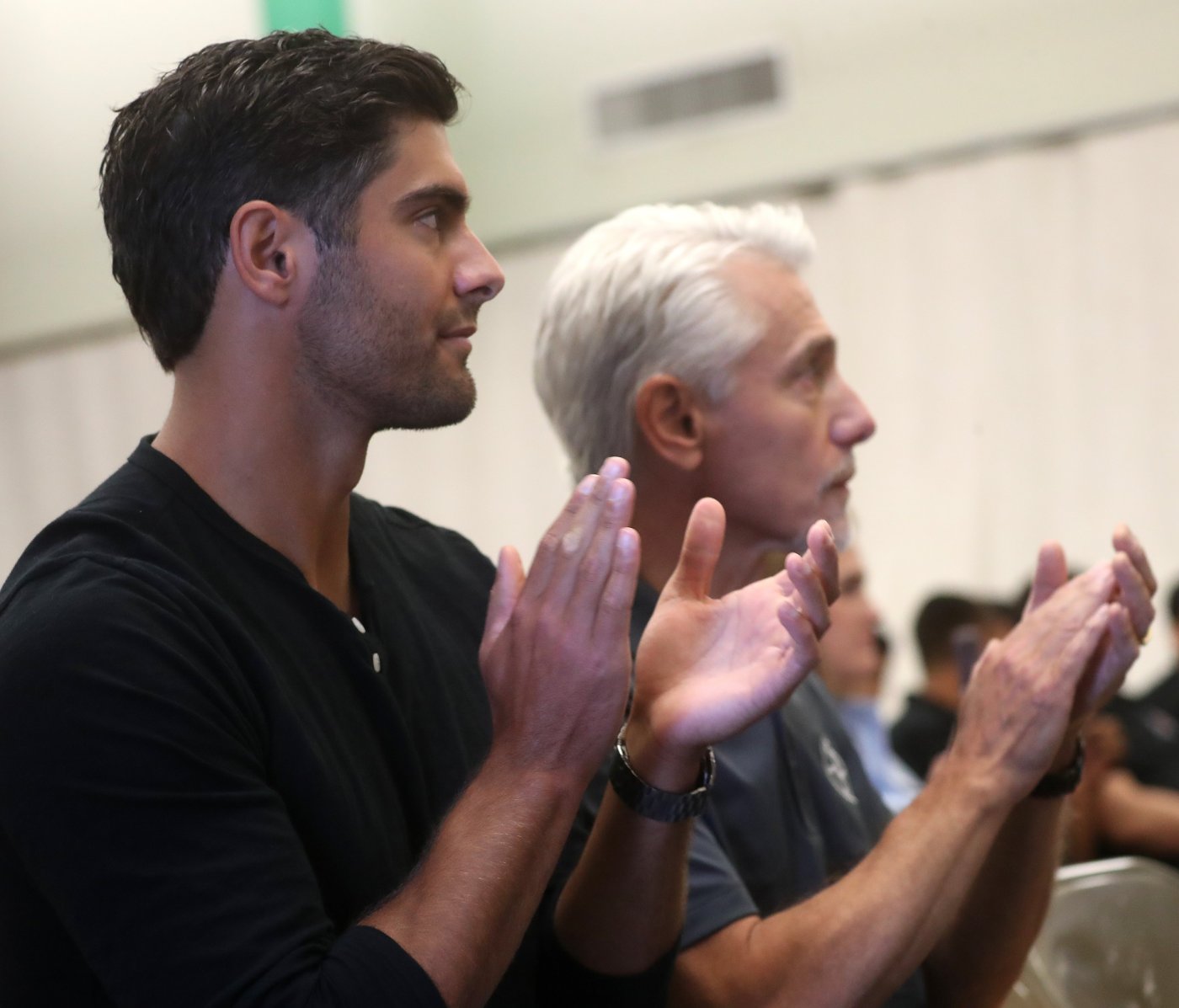 Jimmy Garoppolo channeled his NFL upbringing with Tom Brady for what’s about to unfold in the 49ers’ quarterback room with Trey Lance’s arrival.

“What I can do to help him, I’ll be more than happy,” Garoppolo said Tuesday morning on ESPN Radio.

Garoppolo, in his first public comments, sounded intent on retaining the starting role but willing to mentor Lance, Thursday’s No. 3 overall draft pick.

“Tom kind of showed me the ropes,” Garoppolo added on the Keyshawn, JWill & Zubin show. “The competition between us was awesome. It really made me grow as a rookie and young player.

“That’s kind of what me and Trey will (do). We’ll mold our relationship into that. But it will happen naturally. Can’t force anything. Let it come as it may.”

Garoppolo appeared on multiple radio shows alongside his father, Tony, reprising a role from past offseasons in which they promote skilled labor workers like plumbers and electricians, the latter of which Tony Garoppolo was for 40 years.

Sure enough, Tony Garoppolo put into blue-collar perspective how his son should approach working with Lance.

“I have my feelings who’s the better quarterback. I mean, that’s my son,” Tony Garoppolo said on CBS Sports Radio’s The DA Show with Damon Amendolara. “But it’s competition, just like in the workforce with these kids signing today” as part of SKILLS USA and Klein Tools’ national signing day event.

Jimmy Garoppolo voiced no complaints about his life in what were his first comments since the day after last season ended. He spoke, instead, about seizing his opportunity to remain the 49ers’ starter, a role that coach Kyle Shanahan said indeed remains Garoppolo’s until Lance is ready to compete.

Garoppolo welcomed Lance from the start on draft day, sending him a congratulatory text that Lance said he was super grateful and thankful to receive.

“The chip will always be there. That hasn’t gone away at all. Since I got in the league, I’ve had that,” Garoppolo said. “It comes from the way you were raised. My dad was an electrician, a blue-collar guy and it rubs off on you.”

Lance was the third quarterback drafted in as many picks and among five in the first round; Garoppolo was a 2014 second-round pick of the New England Patriots.

“It’s the way the league is going nowadays. Everyone is drafting young, wants to get the developmental guy,” Garoppolo said. “I know what it is. I’ve been on both sides of it now. All you can really ask for is the opportunity and once you get that you have to take advantage of it.”