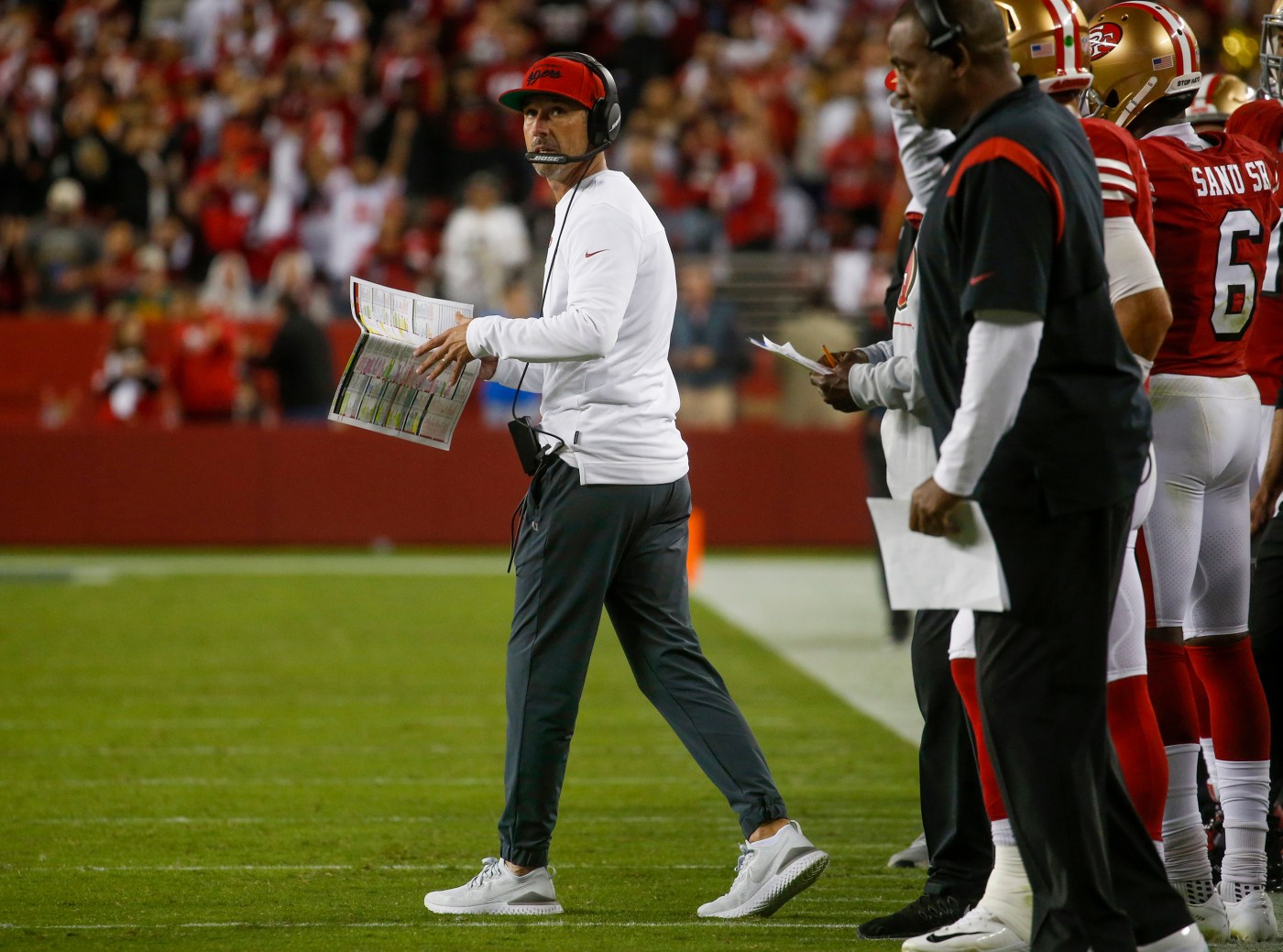 SANTA CLARA – The 49ers’ three-game losing streak is on hold for this week’s bye, yet my Week 6 mailbag won’t rest, via my Instagram and Twitter huddles:

First, he’s not getting fired, not now, not through 2022. Fans’ frustration boiled over because of play calls that backfired, especially the fourth-down failures (1-of-5) but also third-down issues (3-of-11). That doesn’t reflect well for an offensive guru. Ownership has his back, however, as evident by the blessing of Kyle Shanahan’s costly move up the draft board, then doubling down by keeping Jimmy Garoppolo.

What are the chances coach Shanahan gives up play-calling duties to McDaniels? (@SF_GAME)

Offensive coordinator Mike McDaniel (note: correct spelling) is a treat to talk to weekly, blending dry humor with Yale-degree wit. He’s Shanahan’s right-hand confidant, and he’s the eye in the coaches-booth sky. I doubt the play calls would change much, and I’m certain Shanahan isn’t giving up that role until the 49ers give up on his paycheck. Evidence shows, however, that fourth quarters and fourth downs are not Shanahan’s forte.

Shanahan thinks they’re good enough to be 5-0 (pause for laugh track) had they won close games. The fourth-down calls were troublesome because, (a) four failures are a lot, (b) their nature. Why not having a powerful quarterback (Lance) or your best asset (Deebo Samuel) run behind the highly paid Trent Williams and Kyle Juszczyk on both goal-to-go plays from the 1 (like Samuel’s later touchdown)? Or call Lance’s number on the fourth-quarter attempt instead of Juszczyk? Arizona has the NFL’s most fourth-down stops. Good to know, now.

Do you think Trey Lance showed enough to keep the Faithful hopeful? (@raymondp33)

They better hope he’s as quick a healer. A left-knee sprain will keep him in the training room the next two weeks with Jimmy Garoppolo. Lance needs to quickly learn the NFL landscape, by both ground and air. This past loss – nor this losing streak – was not the quarterback’s fault. The 49ers have other issues to correct, such as penalties, injuries and lack of explosive plays in all three phases.

Garoppolo made the Arizona trip, worked out pregame with a trainer and Shanahan is hopeful (there’s that word again) of progress with Garoppolo’s calf injury. Check back in a week. Otherwise buy Nate Sudfeld stock.

He is … attached to the 49ers. Trade deadline is Nov. 2, and it’s very hard to envision him leaving, as the 49ers are learning again how quickly they need depth at quarterback. Plus, no one is coughing up a worthwhile draft pick for a quarterback with his growing medical chart.

What is it going to take for Lenoir to get a shot at one of the CB positions? (@GOOBVILLE)

After starting the first two games, Deommodore Lenoir hasn’t played a defensive snap the past two games, and fellow rookie Ambry Thomas is routinely a healthy scratch as …read more