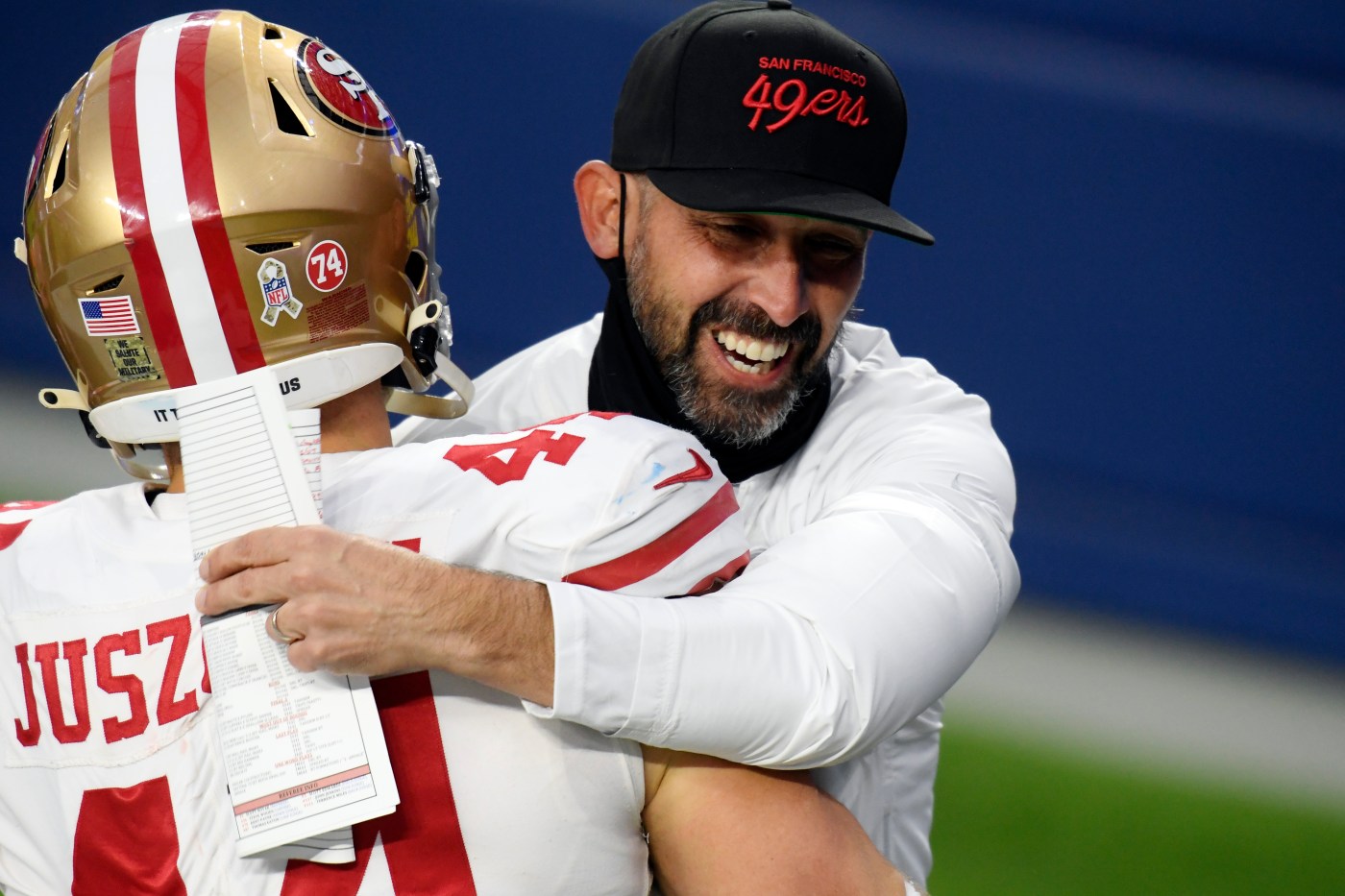 Congratulations, you survived NFL Draft weekend, as if Kyle Shanahan ever had any true doubt. Now you’re ready to read what 49ers fans’ still are freaking out about via questions submitted to my Instagram and Twitter war rooms:

Garoppolo, by now, definitely should not be traded, not with Trey Lance so raw and perhaps rusty. Mile markers to watch: before Week 1 ($24 million salary guarantee), the midseason trade deadline, and next March. Robert Griffin III has self-promoted himself as a potential mentor, and that reunion with Kyle Shanahan is not as unlikely as your other candidate. Colin Kaepernick had a similar build (6-foot-4, 225 pounds) and dual-threat skills, but I see no signs of, shall we say, a reconciliation with the 49ers. Jimmy G, mentor thee.

Tell you in three years. I didn’t predict the Lance pick but, in talking to his dad a week before the draft, I had a real good feeling about him. When I told Carlton Lance how people were raving about Trey’s character, he replied: “It’s always great to hear your son is representing himself and our family well. He’s a very respectful and kind kid. We do appreciate it.”

With no WRs drafted, we seem short on that position. Is this something we are likely to address in free agency? (@mhedgescsus)

First time in 19 years the 49ers didn’t draft a wide receiver. Dealing for Julio Jones (a veteran injury risk) would be fascinating, though the 49ers are low on 2022 draft capital (already moved first-, third- and sixth-rounders). Perhaps a Day 3 pick plus a player for him? I’d expect a couple other veterans to surface by camp in late July, like last year, when injuries showed a surplus is required.

How long will Raheem Mostert be on the roster with the two new RB’s now on the squad? (@SFFootball99)

Mostert is signed only through this season. Remember how he requested a trade a year ago as he understandably sought a raise after a breakout 2019? He remains their No. 1 guy, as much as fans may seek a Mostert-for-Julio deal. That backfield just got real crowded with Trey Sermon (second round) and Elijah Mitchell (sixth round). Don’t forget about Jeff Wilson Jr., Wayne Gallman and JaMycal Hasty.

We missed out on several slot receivers. Who do you think we’ll plug in there? (@ruben_lpz_r)

Jalen. Hurd. Right? That’s the player the 49ers Faithful has craved since he scored two touchdowns on the Cowboys in the 2018 exhibition opener. Then came what John Lynch called “tough luck” that have delayed Hurd’s official debut, from his rookie back issue to last camp’s ACL tear. His rehabilitation is going well, Lynch said. Believe it when you see it. Other slot options: Travis Benjamin, Richie James Jr., River Cracraft, Trent Sherfield, blah, blah, blah.