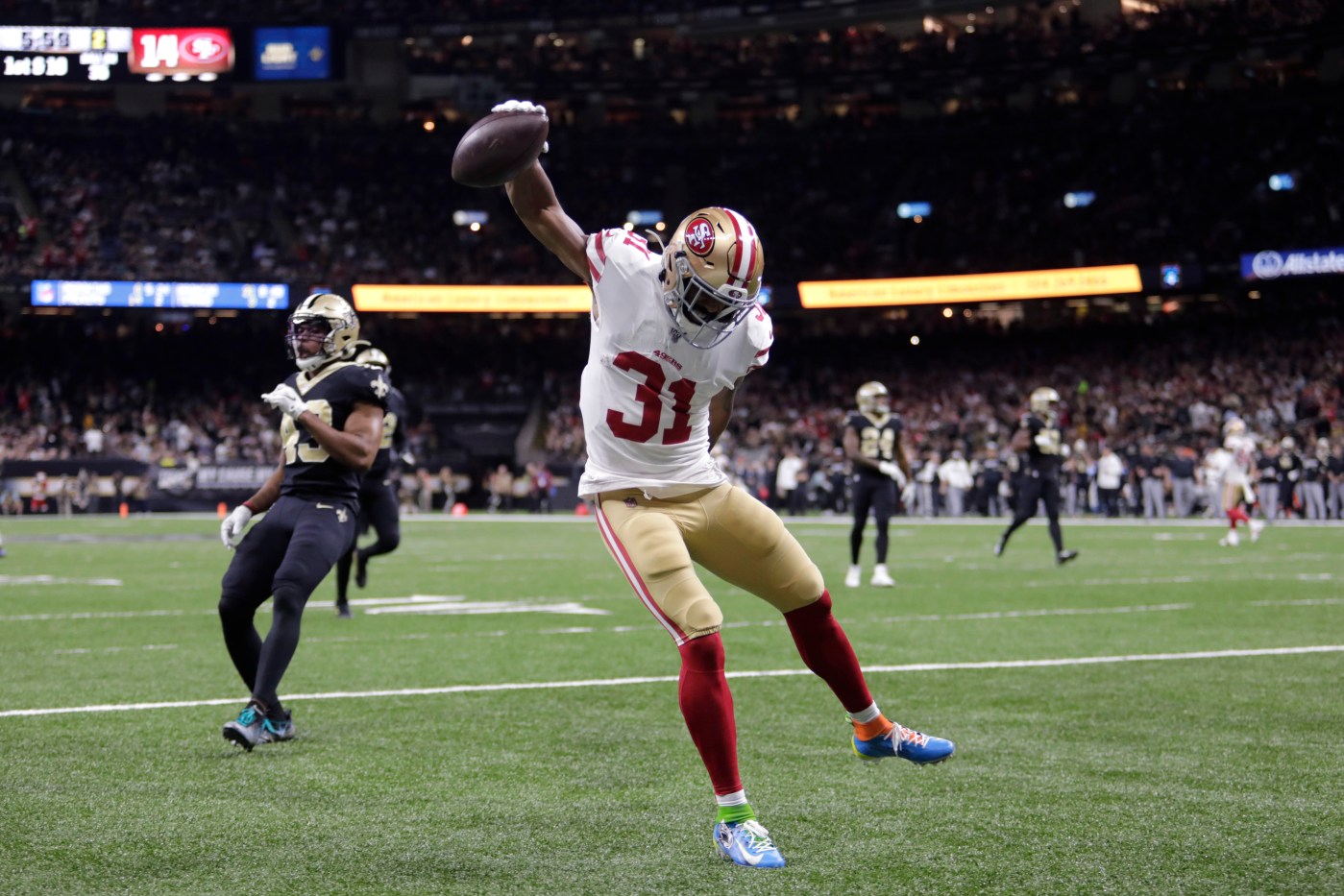 SANTA CLARA — Here is the latest from 49ers’ headquarters as preparations are in full swing for Sunday’s visit to the New Orleans Saints:

Running back Raheem Mostert’s comeback from a high ankle sprain remains on hold.

The 49es still have not activated his three-week practice window off Injured Reserve, and, instead they promoted rookie running back Austin Walter from the practice squad to the active roster.

With Tevin Coleman (knee) likely out and Jeff Wilson (ankle) on Injured Reserve, Mostert’s return would have boosted a unit that otherwise offers Jerick McKinnon, JaMycal Hasty and Walter, their three-man unit in last Thursday’s 34-17 loss to Green Bay.

Mostert has played in only four games, and injuries forced him out of two, including a knee sprain in the 49ers’ Week 2 win over the New York Jets that cost him the next two games. Mostert helped key last season’s 48-46 win at New Orleans. He ran for 61 yards and a touchdown, and he had a 35-yard touchdown catch.

Rather than test Mostert’s ankle out on the Superdome’s artificial surface Sunday against the NFC-leading Saints, it’s indeed more likely they rest him through next week’s bye ahead of a Nov. 29 comeback at the Los Angeles Rams.

Strong safety Jaquiski Tartt went on Injured Reserve with a toe injury he sustained against the Packers.

Marcell Harris has been Tartt’s replacement in the starting lineup over the past 2 1/2 seasons. However, the 49ers do have alternatives, including partnering Jimmie Ward up with either Tarvarius Moore or Johnathan Cyprien.

Richard Sherman considers it a “long shot” he faces the Saints after a two-month hiatus because of a calf injury. A post-bye return is more likely in his native Los Angeles to visit the Rams on Nov. 29.

“I’ve got a chance but football is one of those conditioned sports. In order to condition, you have to practice,” Sherman said on The Cris Collinsworth Podcast. “It may not be this week.

“It’d be a long shot for me to get back for the Saints. But we have a bye after, and I’ll be able to get my conditioning, so, at worst, I’ll be back for the Rams game, fingers crossed that everything goes great.”

Warner is the top graded linebacker in coverage and is allowing 6.2 yards per reception, which is especially noteworthy this week considering he must slow Alvin Kamara,, who’s already churned out 1,000 all-purpose yards and also is a PFF Midseason All-Pro.

Kamara leads the Saints with 60 receptions on 72 targets for 565 yards (9.4 average) and three touchdowns; he’s run for 471 yards and five touchdowns.Related Articles