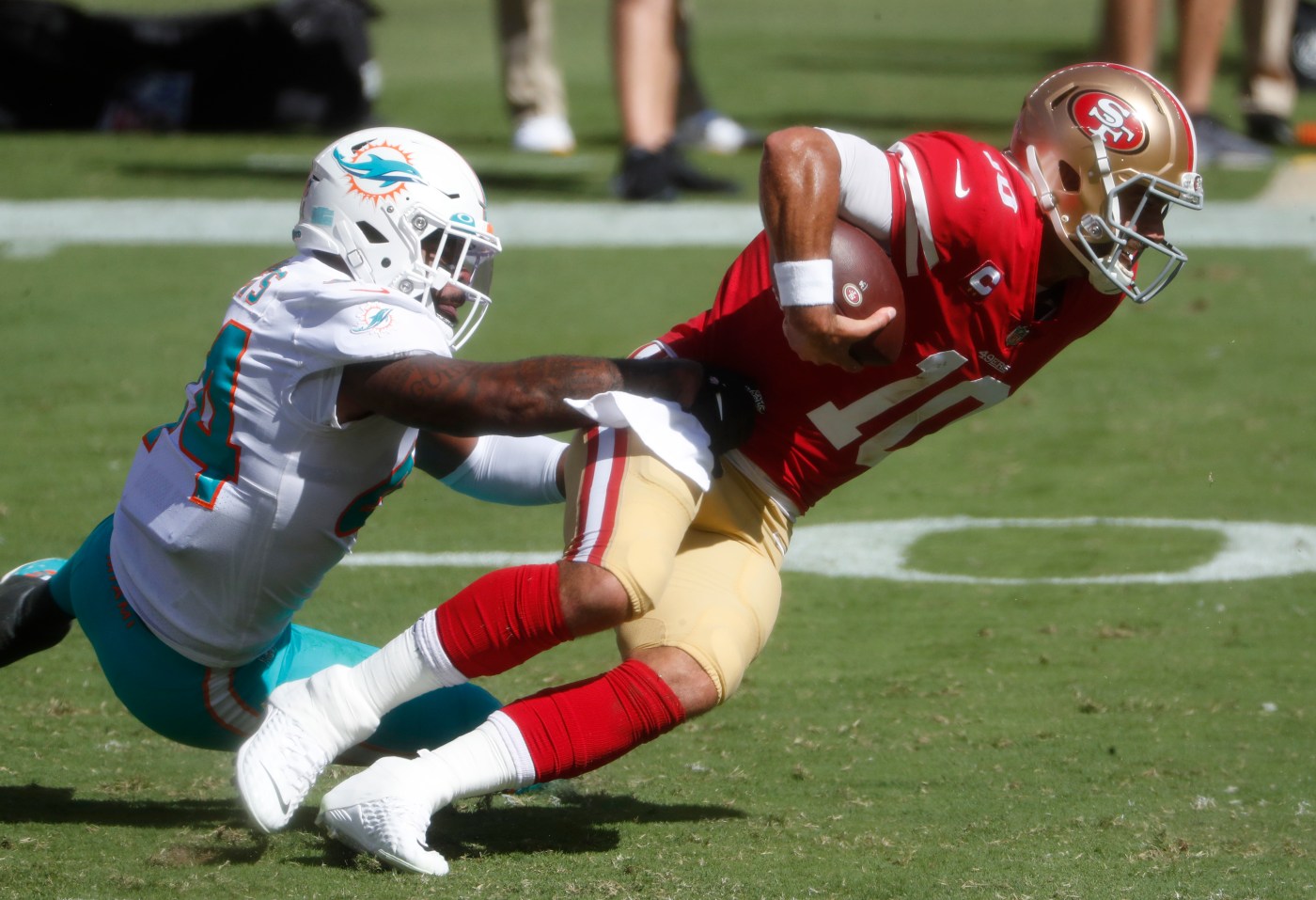 Jimmy Garoppolo didn’t look like himself Sunday as he returned from a high ankle sprain.

Even despite being cleared to play and practicing several times this week, Garoppolo clearly was not comfortable on the field at Levi’s Stadium against the Dolphins.

After two ugly passes were caught by Miami defenders for interceptions late in the first half, San Francisco head coach Kyle Shanahan decided to remove Garoppolo from the game and replace him with C.J. Beathard. Both interceptions came in 49ers territory and led to Miami field goals, allowing the Dolphins to stretch their surprising halftime lead to 30-7.

Shanahan told Fox Sports reporter Lindsay Czarniak that he made the choice to pull Garoppolo out of the game “to protect Jimmy.” Garoppolo had been hit hard a couple times by Miami pass rushers, though he appeared to be moving OK in the pocket.

49ers cornerback Brian Allen is having a bad day

49ers fans can get a free soda with win over Dolphins, courtesy of Joe Montana

Garoppolo finished the first half of Sunday’s game with seven completions on 17 attempts, good for just 77 yards and a 15.7 passer rating. He was sacked three times for 23 yards lost.

The 49ers quarterback injured his ankle in the first half of a blowout Week 2 win over the Jets and missed games against the Giants and Eagles before returning to practice this week.

Carolina Panthers could use Christian McCaffrey’s help in red zone

Nick Mullens looked good in relief of Garoppolo against both New York teams, but played poorly on Sunday Night Football against the Eagles and was benched in favor of Beathard, who took over the No. 2 spot on San Francisco’s depth chart.

Ryan Fitzpatrick is outplaying him badly, 150 QB Rating at halftime.pic.twitter.com/4Cf4RcBKE1