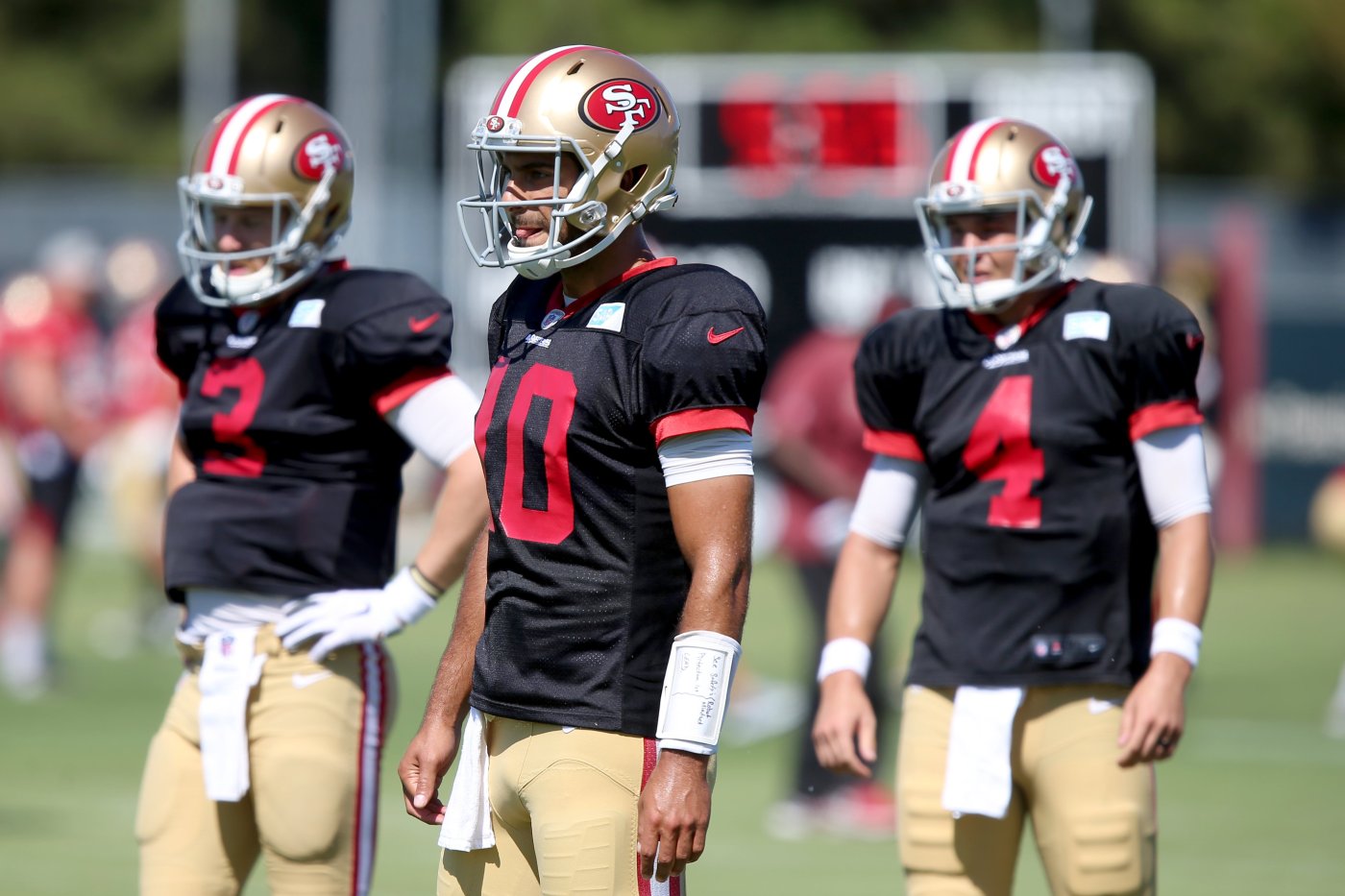 The prime-time spotlight falls on the 49ers for the second time in three Sundays, and they can only hope the Los Angeles Rams’ visit today does not go like the Philadelphia Eagles’ upset conquest Oct 4.

Here are answers to five questions that lingered heading into the 5:20 p.m. kickoff:

1. Who will back up Jimmy Garoppolo?

Garoppolo played only the first half in his past two starts, so it’s worth noting whether C.J. Beathard will back him up a second straight game or whether Nick Mullens reclaimed that role.

The answer: Mullens is QB2. Beathard is among the seven inactives.

Garoppolo’s Sept. 20 ankle injury got him pulled at halftime against the Jets in Week 2, and his wildness last Sunday got him benched in favor of Beathard in last Sunday’s disaster against the Miami Dolphins. Keep an eye on not only how Garoppolo moves with that right ankle but whether he can generate enough ground force through his legs to deliver on-target, powerful passes.

Mullens fell out of favor after a three-turnover effort in the 49ers’ last prime-time game, a 25-20 loss to the Eagles that he did not finish. Beathard replaced Mullens for the final six minutes and impressed in a comeback attempt.

2. How many wide receivers will play?

By activating Richie James off injured reserve Saturday and calling up Kevin White for the second straight week off the practice squad, the NFL’s 20th-ranked passing attack entered with seven available wide receivers. The only one inactivated: Dante Pettis, for a second straight game.

Focus on Browns: Why Baker Mayfield could thrive vs. Raiders without Odell Beckham Jr.

Deebo Samuel and Brandon Aiyuk are the expected starters after that tandem debuted in the lineup last week.

3. Is Moseley cleared to start?

Emmanuel Moseley is active and returns to an injury-plagued cornerback crew. Moseley missed the past two games with a concussion, and he was sorely missed, as was/is Richard Sherman, whose calf injury has kept him out since Week 2 and likely will sideline him through next week’s visit to New England, based on Kyle Shanahan’s cautious comments Friday.

Perhaps the bigger question at cornerback is who are the backups? Is Ahkello Witherspoon indeed next-man-up or has he returned to the coaches’ doghouse? Dontae Johnson (groin) is out after playing through his injury last game. Brian Allen was not recalled from the practice squad after last week’s disastrous start. Ken Webster is on the bench, and Tarvarius Moore could be an emergency option.

Running back Jeff Wilson Jr. is out. He was listed Friday as questionable because of a calf injury that kept him out of practice Thursday and Friday.

Raheem Mostert, after rushing for 90 yards in last week’s return to the lineup, will get the majority of action while Jerick McKinnon and JaMycal Hasty spell him.

Pass protection problems are an even bigger hazzard against a Rams front featuring NFL sack leader Aaron Donald. So, will the 49ers …read more