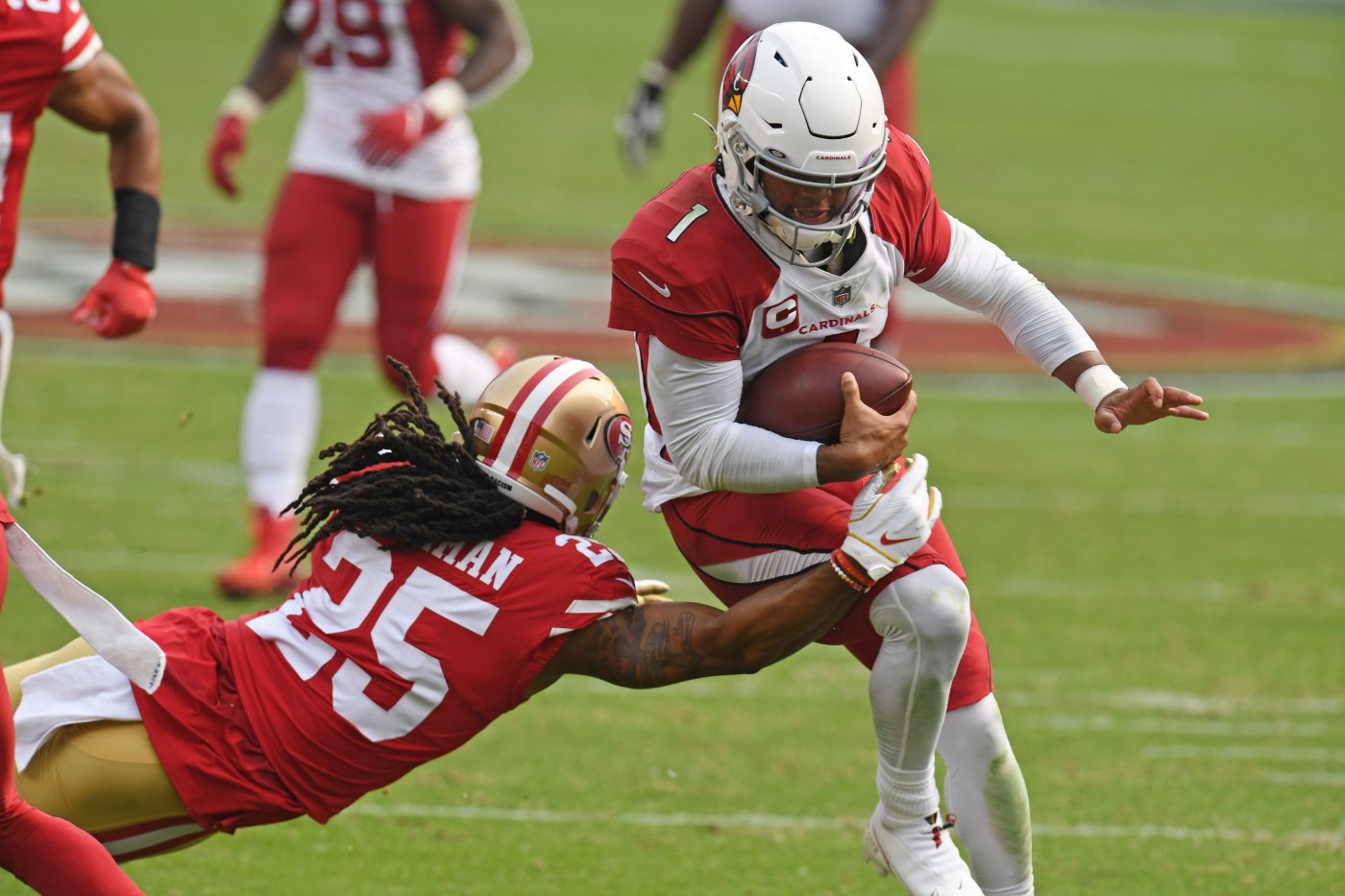 After a horrendous day for the 49ers’ pass defense in a blowout 43-17 loss to the Miami Dolphins, the unit was ready to turn the page and welcome veteran leader Richard Sherman back from the injured reserve list.

The next page only contains more bad news.

Head coach Kyle Shanahan announced Monday that Sherman has had “setbacks” while recovering from a calf injury he suffered in Week 1 against the Cardinals and the 49ers are no longer counting on him to play on Sunday Night Football against the Los Angeles Rams.

A defense that allowed Ryan Fitzpatrick and the Dolphins to rack up 342 yards and three touchdowns through the air needs Sherman more than ever, but he’s not likely to see the field.

“Sherm we were hoping to get him back this week, had some setbacks last week, the healing hasn’t gone the way we’re hoping for so I know we’re going to try a few different procedures on him this week, but we’re not counting on him,” Shanahan said.

The 49ers’ head coach said the procedures were not surgical, but did not provide a timeline for when the corner might be available again. It’s possible Sherman could have more high-profile company on injured reserve too, as linebacker Kwon Alexander has an ankle injury that could be a high-ankle sprain.

Shanahan said the 49ers aren’t certain of the severity or specific nature of Alexander’s ankle injury, but indicated the team could discuss a possible injured reserve placement if he is indeed diagnosed with a high-ankle sprain.

Aside from Sherman, the 49ers were also missing cornerbacks K’Waun Williams (knee sprain), Dontae Johnson (groin injury) and Emmanuel Moseley (concussion) on Sunday against the Dolphins. Oft-injured veteran Jason Verrett started on one side of the field and the 49ers elevated Brian Allen from the practice squad to start opposite of him.

Rams humbled by Niners; flaws exposed on both sides of ball

Allen had one of the worst performances of any 49ers defender in recent memory, giving up a 47-yard reception on the first play from scrimmage, allowing four other catches and also committing two pass interference penalties. The 49ers finally removed Allen on the Dolphins’ fifth series and replaced him with former third-round draft pick Ahkello Witherspoon, who Shanahan said was only dressed to play in an emergency.

Witherspoon was coming off of a hamstring injury and appeared ineffective at practices during the week, so Shanahan said the 49ers felt compelled to promote Allen from the practice squad and also leave Ken Webster ahead of Witherspoon on the depth chart.

With Allen completely unreliable and Webster dealing with a tight hamstring in the second quarter, Witherspoon talked his way into the game and convinced Shanahan to let him play.

“I know I was expecting (Witherspoon) to go that week and I think he was too, but it didn’t look that way at all in practice,” Shanahan said. “When I talked to him, the way he described it, how tight he felt, that’s what he said. I never question guys what they tell me when you ask them, they speak what is in their …read more