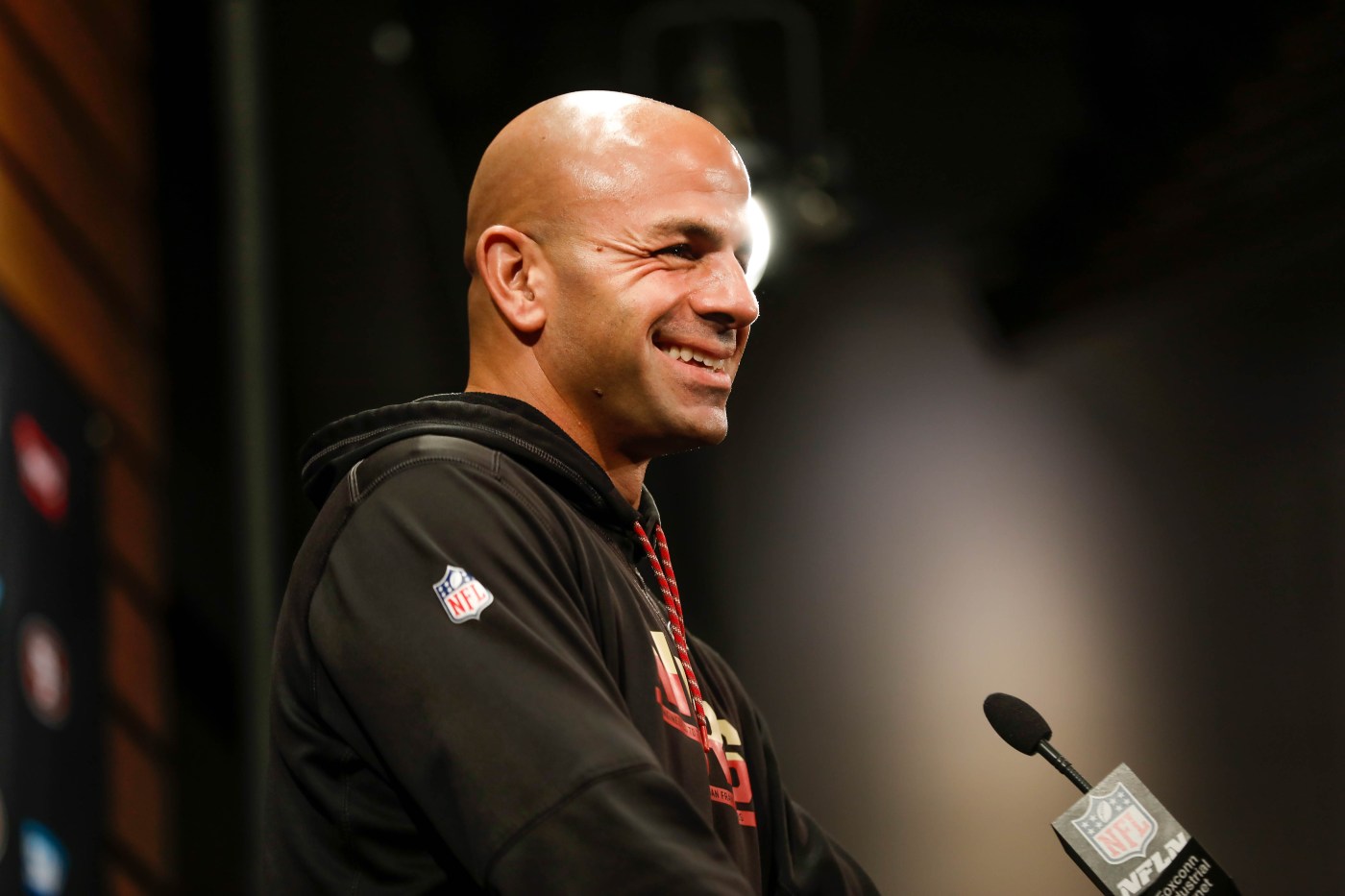 The 49ers have lost star pass-rusher Nick Bosa for the season, haven’t had star cornerback Richard Sherman suit up since week two and are so depleted in the secondary that the team thrust untested defensive back Brian Allen into the spotlight for his first-ever start in Sunday’s 43-17 loss to the Miami Dolphins.

The defense was abysmal, Allen was yanked in the first half and journeyman quarterback Ryan Fitzpatrick had his way with the 49ers en route to 342 passing yards and three touchdowns.

The 49ers’ defense has given its fans no reason to be confident, yet defensive coordinator Robert Saleh sees his unit in a different light.

“Every once in a while, even the greatest ones get punched in the mouth,” Saleh said Thursday. “I still believe this is a top-10 defensive unit. Top-five if we’re on our stuff.”

Saleh’s defense has battled inconsistencies and attrition because of injury and it all spiraled out of control in one of the most embarrassing performances of head coach Kyle Shanahan’s four-year tenure on Sunday.

After one ugly half from Garoppolo, 49ers QB rumor mill picks up with ex-Shanahan signal callers

Can the defense get better? Bosa, Sherman, slot corner K’Waun Williams, linebacker Kwon Alexander and pass-rusher Dee Ford are all out for this week’s matchup against a Rams team that can score in bunches. But Saleh said no franchise develops players as well as the 49ers and he’s confident a turnaround can take place immediately.

Focus on Browns: Why Baker Mayfield could thrive vs. Raiders without Odell Beckham Jr.

“It doesn’t change with who is on the football field, we’re a fantastic group that’s got a fantastic mindset. One game doesn’t define what I think is an unbelievable defensive unit,” Saleh said.

The 49ers expect cornerback Emmanuel Moseley to play on Sunday after he was a full participant in Thursday’s practice. The former undrafted free agent was a stabilizing force opposite of Sherman when he took over a starting job last season, but he’s missed the last 1 1/2 games with a concussion.

Moseley will likely start ahead of former third-round draft choice Ahkello Witherspoon and play opposite of veteran Jason Verrett, a former Pro Bowler with a lengthy injury history who has managed to stay relatively healthy this season.